The Potential and Challenge of Gene Drives

Following workshops co-sponsored by the Synthetic Biology Project at the Wilson Center, a cross-disciplinary team is calling for public discussion about a potential new way to solve longstanding global ecological problems by using an emerging technology called “gene drives.”

Gene drives could have widespread uses, potentially leading to new ways of combating malaria and other insect-borne diseases and controlling invasive species.

Following discussion of the technology’s widespread implications at an NSF-sponsored workshop organized by Wilson and MIT in January 2014, the team wrote two related papers. The first, published in eLife, describes the proposed technical methods of building gene drives in different species, defines their theoretical capabilities and limitations, and outlines possible applications. The technical paper can be found here: http://elifesciences.org/content/early/2014/07/17/eLife.03401

The second, featured in Science, provides an initial assessment of potential environmental and security effects, an analysis of regulatory coverage and recommendations to ensure responsible development and testing prior to use. That paper can be found here: http://www.sciencemag.org/content/early/2014/07/16/science.1254287.full

Engineered gene drives are genetic systems that circumvent traditional rules of sexual reproduction and greatly increase the odds that the drive will be passed on to offspring. This enables the spread of specified genetic alterations through targeted wild populations over many generations. The idea is not new, but the Harvard-based researchers have now outlined a technically feasible way to build gene drives that potentially could spread almost any genomic change through populations of sexually reproducing species.

But the innovative nature of gene drives poses serious regulatory challenges. “Gene drives, which are being contemplated to engineer natural ecosystems, should be scrutinized openly and systematically for both their risks and benefits,” said Todd Kuiken, PhD, author of the Science paper and senior program associate with the Synthetic Biology Project. “A robust public dialogue to determine whether these types of technologies should be funded, developed and potentially utilized should begin now, with the concerns of the ecological science community and the public incorporated into the design and implementation.”

Political scientist Kenneth Oye, PhD, author of the Science paper and director of the MIT Program on Emerging Technologies, said the gene drives do not fit into U.S. and international regulatory frameworks. “For example, animal applications of gene drives would be regulated by the FDA as veterinary medicines. Potential implications of gene drives fall beyond the purview of the lists of bacteriological and viral agents that now define security regimes. We’ll need both regulatory reform and public engagement before we can consider beneficial uses. That is why we are excited about getting the conversation on gene drives going early.”

“Many different groups and the interested public will need to come together to ensure that gene drives are developed and used responsibly,” said James P. Collins, PhD, an evolutionary ecologist at Arizona State University and senior author of the Science paper. Collins was formerly the assistant director for biological sciences at the National Science Foundation.

“Understanding how populations and ecosystems will respond to different alterations and addressing potential security concerns will require sustained multidisciplinary work by teams of biological engineers, ecologists, instrumentation specialists, social scientists and the public,” Collins said. “The eLife and Science articles provide a model for the next steps that need to be taken.”

The new technical work builds upon research by Austin Burt of Imperial College London, who, more than a decade ago, first proposed using a type of gene drive based on cutting DNA to alter populations. The authors note that the novel gene-editing tool, CRISPR, makes it possible to precisely insert, replace and regulate genes, meaning it’s feasible to create gene drives that work in many different species.

“Our proposal represents a potentially powerful ecosystem management tool for global sustainability, but one that carries with it new concerns, as with any emerging technology,” said Wyss Core Faculty member George Church, PhD, a coauthor on both publications. Church is also a professor of genetics at Harvard Medical School, and professor of health sciences and technology at Harvard and MIT.

Kevin Esvelt, PhD, Wyss Institute Technology Development Fellow and lead author of the two papers published this week, noted that the genomic changes made by gene drives should be reversible. The team has outlined in the eLife publication numerous precautionary measures intended to guide the safe and responsible development of gene drives, many of which were not possible with earlier technologies.  “If the public ever considers making use of a gene drive, we will need to develop appropriate safeguards. Ensuring that we have a working reversal drive on hand to quickly undo the proposed genomic change would be one such precaution,” Esvelt said.

Because the drives can spread traits only over generations, they will be most effective in species that reproduce quickly or can be released in large numbers. For insects, it could take only a couple of years to see a desired change in the population at large, while slower-reproducing organisms would require much longer. Altering human populations is not feasible because it would require many centuries.

Gene drives could strike a powerful blow against malaria by altering mosquito populations so that they can no longer spread the disease, which kills 650,000 people every year. They might also be used to rid local environments of invasive species or to pave the way toward more sustainable agriculture by reversing mutations that allow particular weed species, such as horseweed, to resist herbicides that are important for no-till farming. 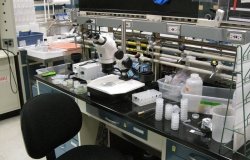 Article
5G
On the Horizon | Science and Technology
By Meg King on January 13, 2021 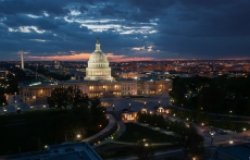 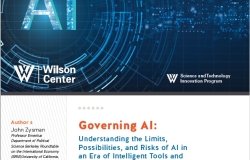