The U.S.-Pakistan Relationship Is on Life Support

By Michael Kugelman on September 7, 2017

The U.S. relationship with Pakistan continues to deteriorate in wake of President Trump's speech announcing the United States' new strategy in Afghanistan, which included allegations that Pakistan harbors insurgents who seek to destabilize Afghanistan and attack American troops.

In the days since President Trump came down hard on Pakistan in his speech outlining America’s new Afghanistan strategy, the reaction in Islamabad—and elsewhere across the country—has been predictably angry and defiant.

Pakistan’s National Security Committee, a group of top government and military officials, rejected Trump’s allegations—ones also made by many American leaders before him—that Pakistan provides sanctuaries to terrorists that destabilize Afghanistan and attack American troops. “To scapegoat Pakistan will not help in stabilizing Afghanistan,” the committee declared in a sharply worded statement. In a fiery interview with CNN, political opposition leader Imran Khan excoriated Trump for blaming Pakistan for U.S. struggles in Afghanistan and proclaimed that Trump’s criticism was “hurtful” and “humiliating” to all Pakistanis. Most recently, on August 30, Pakistan’s National Assembly passed a resolution lambasting Trump’s accusations as “hostile” and “threatening.”

"Speaking to Parliament on August 30, Pakistani foreign minister Khawaja Muhammad Asif called on the government to suspend all high-level bilateral visits with Washington."

Pakistan’s anger is now affecting high-level diplomacy. Islamabad asked Alice Wells, a top South Asia official at the State Department, to indefinitely postpone a planned visit to Pakistan. Pakistan’s foreign minister, who had been scheduled to visit Washington, will now be going to China, Russia and Turkey instead—three countries with close or newly growing ties with Pakistan. Speaking to Parliament on August 30, Pakistani foreign minister Khawaja Muhammad Asif called on the government to suspend all high-level bilateral visits with Washington.

Meanwhile, anti-American protests, all peaceful, have broken out across the country. From demonstrations in the remote tribal areas to a sit-in outside the U.S. consulate in the city of Lahore, people are expressing their anger toward Trump’s criticism and America’s policies more broadly.

On one level, Pakistan’s apoplectic reaction to Trump’s speech isn’t anything new. The U.S.-Pakistan relationship is fraught with mistrust and ill will. Most recently, in 2011 and 2012, the relationship was plunged into deep crisis thanks to a rapid-fire succession of events—including a CIA operative killing two Pakistani men on a busy city street in Lahore, U.S. Special Forces entering Pakistan to take out Osama bin Laden, and NATO aircraft accidentally killing two dozen Pakistani border troops. Back then, the rhetoric in both capitals was much angrier than it is now.

Additionally, in a nation as anti-American as Pakistan (in the pre-Trump era, as many as 92 percent of Pakistanis disapproved of U.S. leadership), top leaders are obliged to issue strong, public rebukes to sharp rhetoric like Trump’s. If you simply laugh or shrug off tough talk from the U.S. president, you risk becoming a political liability. So there’s a playing-to-the-gallery dimension inherent in the Pakistani response.

All this said, by no means is the Pakistani political class displaying manufactured sentiment. Far from it. There is genuine anger and apprehension, and for three major reasons that go beyond the simple fact that a U.S. president has put their country down in a big and threatening way—cause for anyone on the receiving end of such rhetoric, in any context, to be incensed.

First, Pakistani officialdom is well aware of Trump’s uncompromising, black-and-white position on terrorism: In effect, any terror group anywhere must be destroyed at all costs. Trump, more than his predecessors, is likely to order new and draconian measures meant to compel Pakistan to sever its ties to groups like the Afghan Taliban and Haqqani Network, which help Pakistan in a big way by keeping India—Pakistan’s bitter foe—at bay in Afghanistan. These possible measures could include expanding drone strikes into areas of the country, like Baluchistan and Khyber-Pakhtunkhwa Provinces, where militant leaders are harbored but have rarely been hit by drones; placing sanctions and travel bans on Pakistani officials with known ties to terror; launching broader air strikes on terrorist facilities; and even designating Pakistan as a state sponsor of terror if it fails to undertake a series of counterterrorism measures within a certain space of time. Trump administration officials have specifically singled out the first two measures as real possibilities.

Second, Pakistani leaders understand the increasingly anti-Pakistan mood in Washington. Such sentiment is apparent in the White House, at the Pentagon, on Capitol Hill and even within the community of think-tank analysts. The mood toward Pakistan may be friendlier at the State Department and USAID, but the influence of these agencies in shaping foreign policy, not to mention Pakistan policy, has taken a major hit. For all the unpopularity of Trump’s policies in Washington, the White House’s tougher line on Pakistan is likely to garner glowing bipartisan approval.

"For an American president, for the first time, to formally call on India to deepen its footprint on territory that Pakistan claims New Delhi already uses for anti-Pakistan activities—this is nothing short of a nightmare scenario for Pakistan."

The third reason for Pakistan’s unhappiness boils down to the India factor. Trump generated banner headlines for putting Pakistan on notice, but his comments about India are more consequential—and problematic—for U.S.-Pakistan relations. Trump called on India to step up its game in Afghanistan—a country where New Delhi already plays a major role. India and Afghanistan signed a strategic partnership agreement in 2011, and this accord has translated to generous levels of Indian development assistance to Afghanistan—including funds allocated to dam construction and to Afghanistan’s new Parliament building.

But other than training that India offers to Afghan troops, the provision of military transport vehicles and other nonlethal hardware, and a one-time transfer of several Russia-made fighter helicopters to Afghanistan, New Delhi’s military aid to Afghanistan is modest—reflecting a high level of discretion on the part of India to avoid antagonizing Pakistan. When it comes to New Delhi’s warm relationship with Kabul, it’s the specter of deeper security relations that really spooks Pakistan.

Significantly, Trump did not ask India to scale up its military assistance to Afghanistan. Instead, his speech explicitly called on India to intensify its development and economic support there.

And yet, the simple fact that Trump asked India to do more in Afghanistan likely sent shock waves coursing through Islamabad and especially through Rawalpindi, home to the Pakistani military leadership. Pakistan often alleges that India uses Afghanistan as a base from which to orchestrate acts of meddling and sabotage in Pakistan—from supporting separatist rebels in Baluchistan to providing aid to terrorists like the Pakistani Taliban. For an American president, for the first time, to formally call on India to deepen its footprint on territory that Pakistan claims New Delhi already uses for anti-Pakistan activities—this is nothing short of a nightmare scenario for Pakistan.

From Pakistan’s perspective, now may seem to be an opportune time to lower the curtains on its relationship with America. Pakistan is stuck with an American president dead set on threatening, with likely support from key players in Washington, some of Pakistan’s most important national interests. Trump is poised to apply draconian new tactics to drive Pakistan away from nonstate assets that make Pakistan’s Indian enemy vulnerable, and he has already encouraged India to deepen its presence on Pakistan’s western flank. If Pakistan were to walk away from its partnership with the United States, it wouldn’t be wandering into the wilderness; it would be marching into the wide-open embrace of Beijing, which is cementing its already-deep partnership with Pakistan as it builds out the China-Pakistan Economic Corridor.

One might also conclude that America is prepared to walk away. The tough-on-terror Trump can’t be expected to have any patience for a country that takes billions of dollars from Washington while sheltering terrorists that kill Americans. The White House, by telegraphing its willingness to take escalatory policy steps that could ratchet up U.S.-Pakistan tensions to unprecedented levels, appears ready to risk the possibility of a rupture in relations in order to pursue its new Afghanistan strategy.

In truth, however, while both sides will be keen to take several big steps back, neither will want to walk away entirely. In fact, Trump, in his speech, extended an olive branch: “Pakistan has much to gain from partnering with our effort in Afghanistan.”

"Even at such an uncertain moment for U.S.-Pakistan relations, this much is true: The relationship may not shrivel up and die, but it’s dangerously low on oxygen. Dark days lie ahead."

Both countries derive benefits from partnership, and the loss of these benefits could damage their interests. Now that Trump has formally endorsed an open-ended military commitment in Afghanistan, the strategic significance of NATO supply routes that snake through Pakistan has never been stronger. Islamabad would close these down in a heartbeat, as it did for a seven-month period in 2011 and 2012, if relations further deteriorate. Meanwhile, Pakistan, despite all it gets from Beijing, continues to value American military assistance and the prestige value of a relationship with the world’s sole superpower. Additionally, the supportive treatment that Pakistan receives from the International Monetary Fund—an institution where Washington holds great sway, and which has often helped Pakistan ease its economic woes—could be jeopardized in the event of a collapse in bilateral ties.

Ultimately, the trajectory of the U.S.-Pakistan relationship will depend on the types of pressure tactics implemented by the White House, and on the nature of Pakistan’s responses and retaliations. Another determinant of the relationship’s future is how much risk Washington and Islamabad will be willing to take on. The harsher the measures adapted by the United States, the greater chance that Pakistan could retaliate in dangerous ways. Additionally, the more that Pakistan resists changing its policies, the harsher the American tactics are likely to be.

Even at such an uncertain moment for U.S.-Pakistan relations, this much is true: The relationship may not shrivel up and die, but it’s dangerously low on oxygen. Dark days lie ahead.

Michael Kugelman is the Asia program deputy director and senior associate for South Asia at the Woodrow Wilson Center.

This article was originally published on the National Interest. 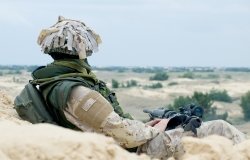 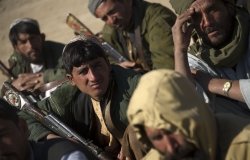 Article
U.S. Foreign Policy
The Threat America Is Neglecting in Afghanistan
By Michael Kugelman on February 7, 2017 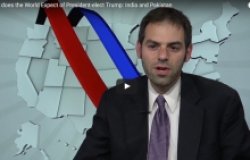 Video
U.S. Foreign Policy
What does the World Expect of President-elect Trump: India and Pakistan