Is there a Magic Antidote for Iraq's Political Deadlock? 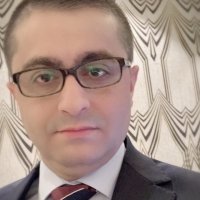 Iraq's system of federalism in broken. The constitution ties the hands of the central government and enables corruption. Iraq needs a political overall: a confederation allowing the regions to compete for the best outcomes for their constituents.

The world today is severely challenged by the spread of the novel coronavirus, or COVID-19, as it infects world communities with panic, fragmentation and insecurity. Democracies in Europe and the United States are suffering from the seeming invincibility of such an enemy, even with advanced healthcare infrastructure, technology, and good governance. Nor could dictatorships like China and Iran easily control this pandemic disease by aggressively locking down public spaces and confining people to their homes. Where does Iraq, the country I live in, stand between these worlds, particularly in terms of its governance and institutions? What is it today, a democracy as ‘promised’ or a dictatorship? Unfortunately, seventeen years after the war, its identity is lost between angels and demons.

Since 2003, Iraq’s institutions have been crumbling. Since the ratification of the “new” constitution 15 years ago, the country is still failing to address freedom, democracy, human rights and social welfare. This constitution had enshrined ethnic diversities into law, where all parties play a part in Iraqi government and political life in a system called “muhasasa”.  But this also ended up encouraging all sects to push for nepotism and cronyism, in which low qualified individuals dominate key government positions and make decisions on behalf of millions of Iraqis. No designated prime minister will be able to form a technocratic cabinet; technocracy and meritocracy don’t work in a muhasasa system.

Since the ratification of the “new” constitution 15 years ago, the country is still failing to address freedom, democracy, human rights and social welfare.

This constitution keeps Iraq as a sovereign state but without a functioning government – the articles and amendments ensure the central dysfunction of the government because they are full of contradictions. The designated prime minister only has the power to control federal legislation, but can’t control the regional authorities (article 115, 121 and 126). These vague provisions mean that when it comes to making and implementing policies, the federal prime minister can’t act for the entire country. The acting prime minister is politically trapped by appeasing all ethnic parties, which is not possible. This and many other provisions empower and weakens their authority at the same time.

In fact, there is an imbalance in the structure of federalism in Iraq. The only successful federal district is that of the Kurdistan region, which is an example from which lessons should be learned. While there were attempts to create other federal regions, they have all stalled and failed. There are other successful federations and confederations around the world, which could help ethnically and religiously diverse countries like Iraq in order to unlock this system of government.

The successive governments from 2005 to 2019 tried to rebalance this relationship and build a real federation that could withstand future changes and challenges, but all these attempts resulted in big failures for the public and witnessed the deepest corruption the country has ever seen. Iraqi anger and frustration led to protests in November 2019 outraged over corruption, lack of services, low wages and especially Iran’s influence on Iraqi politicians. It has been almost five months since these protests broke out and the protesters could not achieve their goal of appointing an independent technocratic prime minister, unbiased to any political sect. Why? Simply put, not even a thousand years of street demonstrations will get the protesters what they want without a radical change in Iraq’s political and electoral systems.

It has been almost five months since these protests broke out and the protesters could not achieve their goal of appointing an independent technocratic prime minister, unbiased to any political sect.

This situation was clear when Barham Salih, Iraq’s President, delegated Mohammed Tawfiq Allawi to form a cabinet. He was first selected to replace Mr. Abdul Mahdi in February, but withdrew his nomination after failing to get the support of the majority in Parliament to secure a vote of confidence. Even though the protesters agreed somewhat on Allawi – which partially calmed the street, the current system didn’t allow him to succeed because of the continuous political patronage among all the Iraqi ethnic parties.

On March 16, 2020, and by the end of the second constitutional clock, President Salih appointed Adnan Al-Zurfi, the former governor of Najaf province to be the country’s next prime minister-designate. Everybody is trying to preserve the status quo and aiming to avoid confrontation. Again, will he succeed with the same parliamentary system? A challenge for Al-Zurfi to address in the remaining 28 days.

It is clear that Iran has been a key political player in Iraq since the fall of the Saddam Hussein regime. Beyond its support for Iraqi Shiite militias, Iran has kept a hand in Iraqi politics for the last 17 years. And while it was expected that they would shift course and step back after the killing of the IRGC Commander Qassim Soleimani, Iran shows no sign of relenting on its primary geopolitical objective of keeping Iraq under its sway. Their continued attacks on American targets in Iraq, such as the rocket attack on camp Taji on March 14, 2020, prove that they are pushing toward their central goal of ousting the United States from Iraq. All players realize that once Iran recollects its power, it will continue the fight to regain any lost ground.

On the other side, the American public shows no interested in supporting any more interventions in the middle east, until a counterattack kills American souls. Only then does the America get involved. As advised by health organizations, precautionary measures are key to addressing the COVID-19 spread. Similarly, a strong precautionary U.S. policy is important to maintain the course in Iraq and forestall being dragged into another disastrous war. The US public should understand that Iran is in absolutely no position for a direct confrontation, but is using a cat and mouse strategy in hopes that it will fatigue the United States in the long run. There is a strong belief among the majority of Iraqis in the importance of robust US-Iraq ties. But Iran is fighting tooth and nail against that reality.

Iran is in absolutely no position for a direct confrontation, but is using a cat and mouse strategy in hopes that it will fatigue the United States in the long run.

In the end, if the United States honestly intends to leave Iraq for Iraqis, forgetting fanciful roadmaps and ensuring the country will not become an Iranian proxy, then it should help in amending the constitution to serve not just the majority Shiite sect, but rather to serve all Iraqis equally. Simply put, Iraq cannot function as a centrally powerful federation because of the dark past between Shiites, Sunnis and Kurds, where all are afraid of their pasts, presents and futures. The key solution lays in a confederation linked to a symbolic central government, where all three ethnicities compete among themselves to build institutions and fight corruption. This confederated structure will help lessen the incentives to monopolize the power of the central government which is the main driver of corruption. The United States can be play as an equalizer and can help us get there.