Three Alternatives to a Wall That Will Strengthen the Southern U.S. Border

"Here are three alternatives to a wall that uphold the importance of keeping the United States safe and secure, but could effectively devote resources to the areas where there is the most need."

This article was originally published on January 12 in The Hill.

The impasse over President Trump’s demand for the $5.7 billion wall funding has resulted in one of the longest government shutdowns in U.S. history, threats to declare a national emergency and over 800,000 federal workers living without pay.

While border security is vital to keep the United States safe, it is debatable whether investment in the wall is the most cost-effective, modern, environmentally-friendly strategy the United States government can employ to keep out criminals, drugs and other threats to America’s safety.

The wall debate makes it clear that we need to rethink how we approach border security to meet today’s challenges.

Here are three alternatives to a wall that uphold the importance of keeping the United States safe and secure but could effectively devote resources to the areas where there is the most need.

The border wall would work to keep out migrants who attempt to cross the border illegally between ports of entry. However, the current problem at the southern border is the increase in Central American migrants who are seeking asylum at ports of entry but must wait for extended periods to enter into the U.S. to make their claim.

While there is not a border security crisis, there is an urgent need to address the mounting number of asylum applications.

As the backlog of asylum claims grows, more and more migrants are waiting extended periods in dreadful conditions, unable to enter the United States due to the practice of metering, which limits the number of asylum seekers allowed into the U.S. per day.

Migrant desperation is growing, resulting in violent confrontations. Reports of migrants paying smugglers to enter the United States due to inabilities to enter legally are also increasingly prevalent.

The longer we fail to address this growing problem, the greater the risk of creating perverse incentives for asylum seekers to cross illegally as the legal process to enter becomes more challenging.

By updating the asylum system to process claims quickly and efficiently, it gives the power back to the U.S. government to determine who enters into the country and who does not. It also disincentivizes those who do not have a legitimate claim from applying but allows those who do to enter in a timely manner.

Administrative measures to streamline the asylum process makes America safer while being safer and more humane for migrants, too.

The same goes for suspected terrorists. The State Department estimated that exactly zero terrorists entered the United States from the U.S.-Mexico border. In fact, counties along the southern border are among the safest in the United States.

The Department of Homeland security stated, “Most of these individuals are trying to enter the U.S. by air,” meaning the wall would be largely ineffective in preventing a terrorist threat.

In order to apprehend those who pose the greatest threat to our nation’s safety, it is important to focus our resources, technology and attention in the areas where dangerous people attempt to enter the United States.

Furthermore, there has been a sizable increase in cross-border trafficking of drugs such as heroin, fentanyl, methamphetamine and cocaine in recent years. According to Customs and Border Protection data, these drugs are almost entirely trafficked at the land ports of entry and at the 47 official border crossings.

Despite the increase in drug trafficking, reports have shown that shifting the priority to zero-tolerance immigration enforcement diverted resources from pursuing more serious crimes like drug and human trafficking.

Focusing attention on drug trafficking at ports of entry would likely result in an increase in drug seizures, which would make America safer by keeping out some of the most dangerous substances affecting our population today.

3. Investing in technology and personnel

A wall’s function is to create a physical barrier to prevent people from crossing. However, a wall cannot perform the myriad functions necessary to apprehend crossers, screen migrants, detect illicit behavior, etc. Department of Homeland Security staffers, border patrol agents and increased technology however, can.

Technology, including cameras, fixed towers and aerial and underground sensors, can help combat cartels that are using highly sophisticated technology to cross the border.

Expanding agencies like the Immigration and Customs Enforcement's Counterterrorism and Criminal Exploitation Unit prevents terrorists and other criminals from exploiting the nation's immigration system through fraud.

Investing in the Biometric Entry-Exit System at all ports of entry helps screen those who enter into the United States efficiently and effectively. The need for a 21st-century approach to border security is something both Republicans and Democrats have called for, aiming to find new solutions to emerging problems.

Placing the appropriate technology in the right places and training and building the skill set of personnel in key agencies makes America safer.

The shutdown over the border wall needs to end. Many people in charge of keeping America safe are currently working without pay.

Transportation Security Administration agents are calling in sick, and the growing strain on those who work for the Border Patrol, the FBI, the Drug Enforcement Administration and the Secret Service could negatively impact the morale and quality of work of these vital agencies.

Agreeing on a bipartisan deal to end the shutdown and paying the people who are in charge of our nation’s security makes America safer. Let us have a discussion in Congress about the border, with people who work and live at the border, to come up with bipartisan, contemporary, cost-effective solutions to improve our border security. 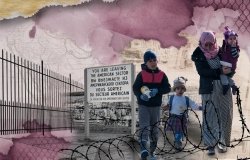 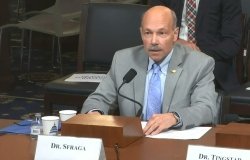 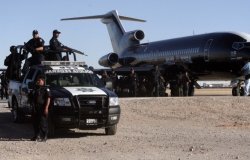