There are major reasons that Israel and the United States might want to think long and hard about preemptively striking Iran's nuclear facilities, according to Aaron David Miller.

If there was a reasonable chance or expectation that an Israeli strike would eliminate Iran's nuclear capacity, then a more compelling argument might be made in defense of it. But there isn't. And that leaves us in a very tough spot, poised somewhere for the moment between two equally unpalatable choices: risky and potentially catastrophic military action, or learning to live with an Iranian bomb that could dramatically reshape the power balance in the Middle East. 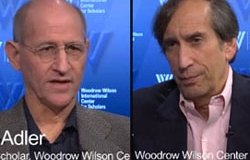