Trouble in the Sudan

The assassination attempt against Sudanese Prime Minister Abdalla Hamdok on the morning of March 9 in Khartoum is a stark reminder of the fragility of the political situation in Sudan. Hamdok escaped the explosion that hit his convoy unharmed, tweeting almost immediately to reassure his supporters. It is not as clear that Sudan itself is also unscathed, but it is impossible to judge how serious a blow the attack will be to the country until some information becomes available about the perpetrators. So far, there is none, because apparently, nobody was caught and nobody claimed to be behind the attack – there is no glory in failure.

The assassination attempt against Sudanese Prime Minister Abdalla Hamdok on the morning of March 9 in Khartoum is a stark reminder of the fragility of the political situation in Sudan.

The power-sharing agreement signed on July 17, 2019 between the military council, which took control after the overthrow of President Omar al-Bashir a few months earlier, and a coalition of civil society organizations created a promising way forward for Sudan. It brought military and civilians under a big tent by setting up a joint Sovereign Council to govern the country for three years, ultimately leading to elections.

But not everybody is in the tent. Some parts of the security forces objected to the agreement, as demonstrated by a showdown in mid-January with former members of the dissolved National Intelligence and Security Services. Radical Islamists that supported al-Bashir also found themselves marginalized. Many other points of friction exist in the country.

The new civilian prime minister has been trying hard to gain the confidence of the public. He has set up a government of well-respected civilian technocrats and is seeking to project an image of competence and moderation. But he has not scored any major victories so far. Above all, he has not succeeded in convincing the United States to rescind its designation of Sudan as a state sponsor of terrorism, although he tried to lobby for that outcome during a visit to Washington in December 2019 – the first by a Sudanese leader since 1985.

Hamdok continues to seek normalization in Sudan’s relationship with the United States. He announced in February that his government would turn former President al-Bashir over to the International Criminal Court. The ICC had indicted him in March 2009 for genocide, war crimes and crimes against humanity for the policies he pursued in Darfur, but he was never faced the Court while in power (and has not to date despite Hamdok’s announcement). The Sudanese government has also announced in February that it had reached an agreement with families of sailors killed in an October 2000 attack against the USS Cole in Aden, for which the Sudanese government was found responsible.

While such measures are important steps in trying to re-establish Sudan’s credibility abroad, they are controversial at home particularly with people close to the old regime. The announcement that al-Bashir will be turned over to the ICC is particularly threatening to many others of his former associates, who believe they may be next. Unfortunately for the Sudanese government, the negative domestic repercussions of these measures were felt before they paid off at the international level.

It is clear that many groups are unhappy about the transitional settlement reached in July. There is, therefore, no shortage of possible suspects in the assassination attempt against Hamdok. By far the most threatening scenario, the one most likely to derail the transition, would be if elements of the military were found to be involved, either because they belong to now disbanded units or because they played a major role in the past in the atrocities committed in Darfur. The country could weather more easily an attack by radical Islamists who were also part of the al-Bashir coalition.

It is clear that many groups are unhappy about the transitional settlement reached in July. There is, therefore, no shortage of possible suspects in the assassination attempt against Hamdok.

The July agreement was an example, unprecedented in the Arab World, of the military deciding to surrender power to civilians, although gradually over a period of three years. It was always vulnerable to a change of heart by the military leadership. The pact would become even more vulnerable if elements of the military were found to be involved in the attack on Hamdok. 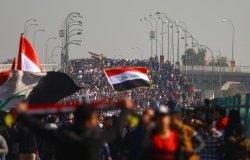