Skip to main content
Support
Explore More
Close
Blog post
Economics and Globalization
The US Exports More to Mexico Than to all EU Countries Combined
By Ambassador Mark Green on July 12, 2022
Share on FacebookShare on TwitterShare via Email
SharePrint
Article 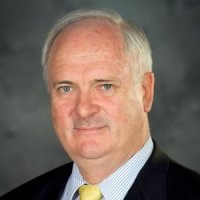 Brexit was a British idea. Brexit means border controls. UK ministers should deal with the logical consequences of their own freely chosen policies.

The UK’s European Union negotiator and its secretary of state for Northern Ireland published a remarkable article in The Irish Times last week. They complained of what they called the “inflexible requirement to treat movement of goods [from Britain] into Northern Ireland, as if they were crossing an EU external frontier, with the full panoply of checks and controls”. It appears they never read the Ireland/Northern Ireland Protocol which is part of the Agreement under which the UK withdrew from the EU. For this is precisely what the UK agreed to, in great detail, in the Protocol.

Annex 2 of this Protocol lists the EU laws which are to apply “in and to the UK in respect of Northern Ireland”. The first item on this very long list is Customs Code of the EU. This is a rigorous code with exacting procedures, as the UK knows well. Also listed are EU laws on the collection of trade statistics, product safety, electrical equipment, medical products, food safety and hygiene, GMOs and animal diseases. The list is specific. It refers to each item of EU legislation by its full title.

The UK is fully familiar with all the legislation in the Annex, because the UK, as an EU member state at the time, took part in drafting each one of these laws. It also had a reputation as a country that applied EU laws more conscientiously than most. These controls have to be enforced somewhere. This can be done either at a land border or at a sea border. The UK ministers, writing in The Irish Times, say preventing a hard land border on the island of Ireland remains essential.

So, if the controls are not to be exercised on the land border in Ireland, where do the UK ministers propose to exercise them?