By Verónica Ortiz-Ortega on September 6, 2019

The important effect of elections: unmasking the make-believe of everything going well
The bright thinker of Mexican reality, Luis Rubio, has just published his most recent book “Unmasked: López Obrador and The End of Make-Believe,” under the auspices of the Wilson Center and its Mexico Institute.

Yearning to analyze and explain the challenges faced by the country, “Unmasked” addresses the conditions leading to the triumph of Andrés Manuel López Obrador to the presidency, the complexity of today’s context for the world and Mexico, and how to seize this opportunity for the successful transformation of the country.

Given its significance for the national debate, I offer below some ideas from the author as an invitation to read the book, available for free on the following websites: https://www.wilsoncenter.org/mexico y http://www.mexicoevalua.org/.

2018 Elections
“The most important effect of these elections was that it removed the mask portraying the make-believe that everything was going well and that no radical changes were necessary.”

“This ‘make-believe’ world began to crumble when Donald Trump questioned the two elements that had sustained the Mexican economy and had allowed decades of stability and tranquility to the establishment: migration and the Free Trade Agreement (NAFTA).”

The Triumph of López Obrador
“In retrospect, AMLO had [the 2018 elections] in his hands because everything was conspiring in his favor. The other side of the coin is that his triumph was more circumstantial than he and his followers would like to admit.”

“This overwhelming round of elections does not reduce the complexity or depth of the problems afflicting the country, nor allows it to ignore the structural challenges that characterize it.”

The Reality
“The idea of returning to the past reveals an absence of understanding of the true turmoil that has overwhelmed the country.”

“In the last 20 years, the country went through two major revolutions that altered everything in the everyday-life, and that cannot be taken back. On one hand, we had that of the productive apparatus and the liberalization of imports, with which we can now enjoy goods and services at prices previously inconceivable. On the other hand, we had that of politics. Even with the enormous imperfections of our democracy, we can now enjoy freedoms without restrictions. The Mexican people have become accustomed to saying what they think and acting freely.”

The Future
“The coming years will offer the opportunity to achieve an inclusive transformation, but also endless opportunities to destroy the few improvements that have been made, without being replaced by alternatives that could bring economic viability.”
“The problem that AMLO has to face is that he needs to deliver results; it is not enough to dismantle existing programs, or to have an overwhelming majority in the legislative branch. If he fails to achieve the country’s prosperity, his current power will become irrelevant.”

“Now it is time for Morena to leave its dogmas of opposition behind, from the perspective of a government party that has real responsibilities, and see the world as it is and not as how they believe it to be or how they want it to be.”

This article was originally published in Spanish in El Heraldo de México... 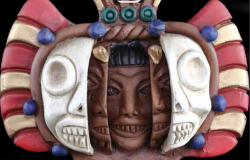