Urbanization and Industrialization in the USSR: An Interview with Title VIII Short-Term Scholar Michael Corsi 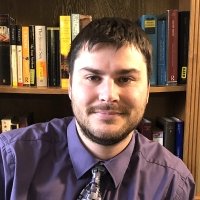 Michael Corsi is a Title VIII Short-Term Scholar with the Kennan Institute focusing on the historical modernization and urbanization of cities during the Soviet period. We asked him to tell us more about his research and why modern development in the USSR continues to remain relevant today.

I am currently a PhD Candidate at the Ohio State University working on my dissertation in modern Russian history. More than anything, I was attracted to the Wilson Center because of its heavy engagement with the public. I believe strongly in reaching out and making academic research as accessible as possible, so resources at the Wilson Center, such as the Cable series, were particularly compelling reasons for me to come on board.

My research looks at the urban development of Ekaterinburg, the capital of the Urals Federal District in the Russian Federation. Over the course of my time here, I’ve become more and more interested in how the urbanization of places like Ekaterinburg was tied to the development of the Soviet Union’s fossil-fuel economy. This city, as well as others in the UFD, is located near rich deposits of coal, oil, natural gas, and metal ores. Thus, urbanization in the Urals was highly tied to Russia’s emerging energy revolution, and I am interested in the intersection of these two processes.

I come from a small mining town outside of Pittsburgh and was always interested in the relationship between the coal of my hometown and the historical importance of Pittsburgh’s metallurgical industries. I’ve always been drawn to Russian history as a matter of personal preference, so I wanted to combine the two into a vision of research.

In the midst of a general decline in the U.S. economy, and in lieu of rising international competitors such as China, I think an understanding of the factors playing into these shifts is critically important to both scholars and the public alike. China has become one of the largest importers of Russian coal and oil, and almost all of this comes from the Urals and West Siberia. Not only are questions of energy security and global markets interesting to a broad audience, but information on the development of the fossil-fuel economy in these regions is scant and worthy of more critical attention.

Nowadays, the most challenging aspect is not being able to travel to Russia because of COVID-19. To truly understand regional processes of development and urbanization, it’s obviously important to gain access to regional archives. I’ve been wanting to schedule a trip to the State Archive of the Sverdlovsk Oblast’ for some time now, but travel bans have systematically prevented me from doing so. That, added to the fact that domestic archives in the U.S., such as the Library of Congress, are indefinitely closed has made research quite difficult.

I would like my research to contribute to the scholarly discussion on Russia’s urban and energy revolutions while simultaneously contributing thoughtful analyses for U.S. policymaking. I think at times policymakers forget the importance of history when evaluating U.S. foreign relations and national security. More theoretical analyses in political science and economics tend to occupy the majority of interest, but these approaches miss the long-term developments and trends that have cultivated certain ways of thinking, human and material systems, and comprehensive plans of action among both the leadership and peoples of foreign actors. For example, in my own research, I recognized the importance of Chinese investment in infrastructure specifically in the Urals and West Siberia because of my understanding of the historical development of these places. Pipelines, storage tanks, and other infrastructure necessary for fossil-fuel extraction and transport, throughout the twentieth century, were erected with the intention to sell to markets in the west.

However, as Russia looks increasingly to China as a new market for its natural resources, there will need to be corresponding changes to this infrastructure, changes which deviate from traditional sources of revenue. One can only understand a moment of change like this (or, if you like, a deviation) if one understands what specifically it is that is being changed in the first place – that is, if one understands the history. Thus, while in the short term I hope to contribute analyses on Russia’s energy and urban revolutions, in the long term I would like to bring the field of history more fully into policy-relevant discussions and convince policymakers and other specialists that it is an indispensable tool to their own research.