In President Biden’s opinion letter to the New York Times of May 31, he stressed the need to safeguard the territorial integrity of nations. Moldova, in the southwestern corner of Ukraine, is a vulnerable nation confronting a breakaway region under strong Russian influence. What is the nature of the threats to the pro-Western government in Moldova? How might the United States strengthen Moldova’s capacity to defend itself against further Russian encroachment? Finally, what is the US government’s current policy towards Moldovan democracy and what more might it undertake?

Moldova gained its independence from the Soviet Union in 1991, and thereafter has been locked in a frozen conflict with Transnistria and its secessionist forces backed by Russia. Transnistria, located on the border with Ukraine is recognized as a region of Moldova, but the political body ruling the region claimed its separation from Moldova following the collapse of the Soviet Union. The region draws political and economic interests as part of the larger group of ethnic enclaves, such as Abkhazia and South Ossetia, that are heavily dependent on Russia for their political survival.

In the 1990s Moldovans elected the Moldovan Popular Front followed by the removal of Russian speakers from public positions and similar chauvinistic policies. This played into the hands of the Russian-speaking conservative population of Transnistria which served as a haven for those who wanted a separate state that was “linked to Russia, if not part of it.”[1] Rising nationalistic sentiment resulted in the war between the Moldovan and Russian-backed Transnistrian forces that lasted until 1992. A ceasefire that year established peacekeeping forces composed of troops from Russia, Transnistria and Moldova.  Russia continues to maintain approximately 1,500 – 2,000 forces in Transnistria, a number significantly more than the number agreed in the ceasefire.  Consequently, on many occasions the Moldovan government and NATO have called for the immediate removal of Russian forces.[2]

Moldova‘s economy lags behind other post-Soviet states, with a GDP of $11.9 billion in 2020 and per capita income of $4,547. In size, Moldova plus the breakaway territory of Transnistria is a little larger than Vermont. Given its relative poverty, young men and women emigrate to the EU and Russia in search of work, sending back remittances, which comprise 15.7 percent of Moldova’s GDP.

A pro-European, reformist president, Maia Sandu and Prime Minister Gavrilita were elected in July 2020. They have set a path away from Moscow, blaming the Soviet and Russian legacies of kleptocracy and endemic corruption for the country’s economic and political woes. But Russia provides almost 100 percent of Moldova’s gas needs and Moscow maintains leverage -- manipulating Moldova’s domestic and foreign policy such as relations with Transnistria and the EU. To reduce Russian dependency, Moldova is diversifying its energy imports, enhancing energy cooperation with its neighbors, namely Romania and Ukraine, as well as utilizing EU and US experts to build national capacity and the standards to operate in the European gas market.[3]

Transnistria is the polar opposite of Moldova’s political leadership. According to the Freedom House report of 2021, political competition and pluralism in the media is extremely limited.[4] The ruling party controls the legislature, and its interests are closely aligned with powerful local businesses. The extensive presence of an illicit economy with alcohol and tobacco smuggling, drug trafficking and money laundering threatens the rest of Moldova which seeks to achieve a more transparent business environment, the rule of law and accountability in order to achieve an accession agreement with the EU. Moscow is determined that Moldova, including Transnistria be neutral and not align with the EU.

Russia maintains cultural interests in Transnistria with its purported role as the protector of allegedly oppressed Russian speaking groups, and the supporter of separatist breakaway states such as the Donetsk and Luhansk People’s Republics in eastern Ukraine, and Abkhazia and South Ossetia in Georgia. The status quo of these frozen conflicts allows Russia to keep these formerly Soviet states in its sphere of influence and prevent them moving closer to the West. Moldova has a small Russian population representing only 4.1 percent, but Transnistria has a 29.1 percent Russian population, compared to 28.6 percent Moldovans and 22.9 percent Ukrainians. Ethnicity, however, does not play a decisive role in the internal dispute as the majority of the population on both sides speaks both Russian and Moldovan.

A series of explosions in the capital of Transnistria on April 25 raised the prospect that either Ukrainians sought to destabilize the region, or that Russia was planting a false flag operation to later blame the Ukrainians for an unwanted incursion. The Ukrainian crisis has split Transnistria into two competing factions – those who seek to fuel tensions or even join Russia’s fight against Ukraine, and those seeking to avoid involvement in the war for fear of massive casualties and destruction. More recently, the arrest of pro-Russia former president, Igor Dodon, in Moldova’s capital on suspicion of high treason and corruption appears to be politically motivated. Sandu and Gavrilita may view Dodon as the potential Moscow puppet to be installed should the current government get too close to the West. His arrest could inflame domestic tensions and push Moscow to pursue retaliatory measures, but the Sandu administration is betting that dissent among pro-Russian Moldovans will be muted as they do not want to draw attention to the case amid Russia’s war in Ukraine.[5]

While it is unlikely that Russia will invade Moldova in the short to medium term, the explosions and arrest could eventually give Moscow the pretext to invade and de-stabilize a pro EU government. The US has therefore revived a Strategic Dialogue, quiescent since 2017, with the intent of strengthening bilateral relations. Secretary of State Anthony Blinken led political consultations with Moldovan government leaders in a Washington meeting on April 18 this year.[6]  They focused on the need to support Moldovan efforts to diversify its source of energy, focusing on renewables and the construction of a new pipeline linking Moldova to EU countries. They prioritized the fight against corruption, building the capacity of investigators, vetting judges, and assuring judicial independence.

Beyond the fine words of shared interests and strengthening bilateral ties, the Secretary noted the $1.7 billion in foreign assistance the US has provided since 1992 and the nearly three-fold increase in annual foreign assistance the US announced for Moldova since Russia’s invasion of Ukraine on February 24.  But there was no mention of a path to NATO membership or commitment to military support. Should Russia decide to repeat its aggression in Ukraine with the imposition of a pro-Russian government in the capital Chisinau, Moldovans themselves will have to resist, displaying the courage and resilience that their northeastern neighbor demonstrated this year to the world.

[5]Moldova:Former President under investigation on treason and corruption charges, Stratfor May 24, 2022.

[6]Joint Statement on the Relaunch of the U.S.-Moldovan Strategic Dialogue, U.S. Embassy in Moldova, April 19, 2022 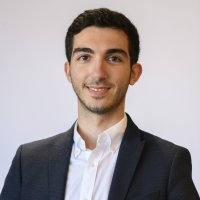