"Imperial overstretch serves as a recurring theme throughout Russian history. Putin’s grand U.N. pronouncements should not obscure the fact that he brings few deliverables — and multiple vulnerabilities — to the table," writes Will Pomeranz.

In his United Nations speech on Monday, Russian President Vladimir Putin called on the world to join Russia’s fight against terrorism while preserving Syria as a nation. He had already boldly forced the issue by sending troops, weapons, and aircraft to Syria in the expressed hope that the rest of the world would feel compelled to follow his lead.

Yet Putin has done nothing to prepare the groundwork, either internationally or domestically, for such an inherently risky move. Indeed, he has done precisely what he criticizes Washington for doing — acting unilaterally without first consulting the global community. Putin is also an implausible defender of Syria’s integrity as a nation in the wake of Russia’s actions in Crimea and eastern Ukraine.  In fact, he is beginning another military adventure before finishing his previous one and at a time of profound economic weakness in Russia.

Putin may have pulled off a fait accompli in Syria. But he has not defined his end game. He claims that his immediate military goals are not offensive but defensive. Nonetheless, one can anticipate numerous ways in which Russian soldiers could unintentionally become embroiled in conflict, and why 1,000 to 2,000 troops will not change the facts on the ground or resolve Syria’s refugee crisis.

Putin’s primary objective seems to be to broker a negotiated settlement and to make sure that Syrian President Bashar al-Assad, a longime Moscow ally, gets a seat at the table. Yet Assad is in full military retreat, and no longer serves as a viable national figure.

Indeed, almost five years into a tumultuous, multi-front civil war, Syria as a unified country no longer exists. The United States unwittingly started the trend of undermining the Arab nation-state by its invasion of Iraq. By this stage, no outside power possesses the political will to march in and re-impose European-drawn borders in the Middle East.

So Putin’s gambit is, long-term, with no immediate payback other than to enhance his image and to divert attention from the unresolved crisis in Ukraine.

From a purely strategic standpoint, however, it remains unclear why Putin thinks it is a good idea to embark on a second military operation before the first one has ended. Russia lacks all the tactical advantages in Syria that it enjoyed in Ukraine — a common language, deep knowledge of the region and the apparent unlimited ability to infiltrate and compromise one’s opponent. Even more important, Russia has decided to engage in Syria when it has limited resources to maintain one, let alone two wars.

Though commentators remain divided as to whether Western-imposed economic sanctions by themselves have worked against Russia, there is no doubt that they, combined with the dramatic collapse in the price of oil, have had a devastating impact on the Russian economy. Russia is in the midst of a major recession, and despite the upbeat pronouncements of several ministers, the economy has yet to find rock bottom.

In addition, Putin continues to ignore pleas from former Finance Minister Aleksei Kudrin and other advisers to implement genuine structural reforms and at least set the stage for an economic recovery.

So, Putin will now face a more direct choice between guns and butter, and his assumption that Russians will sacrifice for greater national glory will be true until it is not — as has occurred before at crucial moments throughout Russian history. Public protest and political change, for example, accompanied Russia’s military defeat, in the Russo-Japanese War in 1905 and Afghanistan in 1989. Twice in the 20th century — during World War One and then after the Cold War — the Russian people abandoned the Russian state altogether.

It remains impossible to predict when such a tipping point will be reached. But this inherent tension will invariably increase, as Putin runs through his hard currency reserves — currently pegged at approximately $350 billion and falling.

It is not just the potential political fallout and social unrest that Putin must worry about now. By marching into Syria, Putin will really be engaged in a war against Islamic State and Islam — even though Russia possesses a large and highly volatile Muslim population. The fight against Islamic State could quickly destabilize the North Caucasus at a time when Russia’s military forces are spread too thin.

Imperial overstretch serves as a recurring theme throughout Russian history. Putin’s grand U.N. pronouncements should not obscure the fact that he brings few deliverables — and multiple vulnerabilities — to the table.

President Barack Obama can listen to Putin. But Obama should also recognize that Putin is not necessarily negotiating from a position of strength — despite his popular Western image as a man of action.

Moreover, if preservation of territorial integrity is Putin’s motivating international principle, then Obama must hold him accountable not only in Syria but also in Ukraine. Putin has used Syria to change the conversation in the Russian media and to distract the Russian people from the messy and unfinished conflict in Ukraine.

He must not be given a similar opportunity in Europe and the United States.

This article was originally published on Reuter's The Great Debate. 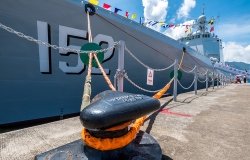