The Woodrow Wilson International Center for Scholars is pleased to announce that Dr. Mire Koikari will be the next Wilson Center Japan Scholar.

WASHINGTON--The Woodrow Wilson International Center for Scholars is pleased to announce that Dr. Mire Koikari will be the next Wilson Center Japan Scholar. Koikari will spend four months in residence at the Wilson Center, beginning in September 2011, working on a research project examining American attempts to disseminate a doctrine of scientific domesticity during the U.S. occupation of Okinawa (1945-1972).

Koikari is director of women's studies at the University of Hawaii. She did her undergraduate work at Sophia University in Tokyo, the city of her birth, before earning her masters and Ph.D. degrees at the University of Wisconsin, Madison. She is the author of several books, book chapters, and articles in both Japanese and English, including Pedagogy of Democracy: Feminism and the Cold War in the United States Occupation of Japan, 1945-1952 (Temple University Press, 2008).
Koikari's project at the Wilson Center will examine the U.S. occupation of Okinawa and its domestic reformism, where politics of home, educational outreach, international aid, and military domination converged to shape Cold War dynamics in a deeply gendered manner. Based on archival research in Japan and the United States, the project will trace how home economists dispatched from Michigan State University, the University of Hawaii, and the East-West Center disseminated "scientific domesticity" in postwar Okinawa, generating much enthusiasm among local women amidst the island's intense militarization. By shedding light on the intimate though hitherto overlooked connections between military and domesticity, the project promises to provide a nuanced analysis of gender, foreign occupation, and the Cold War.

The Japan Scholar program is the centerpoint of the Woodrow Wilson Center's activities related to Japan and U.S.-Japan relations. This scholarship competition is open to residents and citizens of Japan. Applications are accepted from individuals in academia, business, journalism, government, law, and related professions. Candidates must be currently pursuing research on key public policy issues facing Japan, including U.S.-Japan relations and East Asian political, security, and economic issues.

Successful applicants will spend 2-4 months in residence at the Wilson Center, where they will carry out advanced, policy-oriented research and writing designed to bridge the gap between the academic and policy communities.

The Japan Scholar Program is made possible by the generosity of the Sasakawa Peace Foundation. 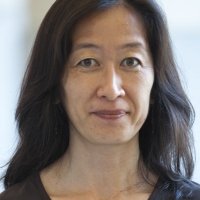