Skip to main content
Support
Show
Streaming
The Role of Masculinities in International Security and Peacekeeping
Show
Streaming
Statelessness in the Middle East
Show
Streaming
Going Digital: The Promise of Fintech in Latin America
Show
Streaming
What it Took to Win: A History of the Democratic Party
Explore More
Close
Video
Great Power Competition
"Dancing on Bones:" How Autocrats Exploit History to Stay in Power
28:08
Share on FacebookShare on TwitterShare via Email
SharePrint
Article

On the 50th anniversary of the 1967 Six-Day War, the Wilson Center has released groundbreaking historical documents and testimonies by key Israeli figures which reveal the underlying nuclear dimension of the crisis.

On the 50th anniversary of the 1967 Six-Day War, the Wilson Center has released groundbreaking historical documents and testimonies by key Israeli figures which reveal the underlying nuclear dimension of the crisis.

The collection includes the testimony of the late General Yitzhak Ya’akov, which reveals for the first time the existence of a crash effort to assemble Israel’s first nuclear device. This and other materials contained in the collection provide a rare glimpse into the series of events and the mindsets of Israel’s top policymakers on the eve of the war.

The materials are part of the Avner Cohen Collection at the Wilson Center’s Nuclear Proliferation International History Project and are available publicly online.

Cohen, who conducted many interviews with General Ya’akov, led the team of scholars responsible for collecting and editing the archive. He is a Global Fellow at Wilson, a professor of nonproliferation studies at the Middlebury Institute of International Studies at Monterey (MIIS), and the author of Israel and the Bomb.

The New York Times covered the release of the collection and its insight into Israel’s “doomsday operation” in a front-page article on June 4.

The Wilson Center also marked the anniversary of the war with a high-level panel discussion on the theme “Fifty Years Since 1967: What Have We Learned about Arab-Israeli Peacemaking?”

The Myths about 1967 That Just Won't Die (The Atlantic)

America's Half Century of Failure in the Middle East (CNN.com) 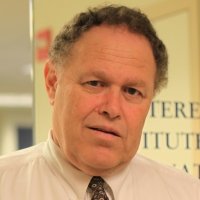