WASHINGTON–The Woodrow Wilson International Center for Scholars has named Oge Onubogu as the new Director of its Africa Program.

Onubogu most recently was the Director of the West Africa Program at the United States Institute of Peace (USIP), where she led the strategic development and expansion of USIP’s portfolio in Nigeria and Coastal West Africa. In this position, she oversaw the design and implementation of projects to mitigate violent conflict, promote inclusion, and strengthen community-oriented security by partnering with African and U.S. policymakers, civic leaders, and organizations.

“Africa’s economic, social, and political landscape is changing rapidly. The continent’s growing strategic importance can no longer be ignored, as many of the solutions to some of today’s most pressing global challenges can be found in Africa,” Onubogu said. “As the United States and other global players embrace this shift, developing trade relations and meaningful partnerships based on mutual respect and shared values with Africa and its people must be prioritized.”

“Oge’s background is impeccable—matched only by her passion for African issues,” said Ambassador Mark Andrew Green, Wilson Center President and CEO. “As the continent enters a new era of global competition, Oge’s expertise and experience will enable her to maintain and build upon the Africa Program’s track record of informing policymakers on the importance of and opportunities in Africa. I am very excited about what she brings to the Center’s work.”

Oge brings to this role extensive experience on Africa and U.S-Africa relations, as well as expertise in governance and democracy support. She was Program Manager at the National Democratic Institute (NDI) where she oversaw a multi-country program to strengthen women’s political participation in Southern Africa, and managed elections support programs in Malawi, Zambia, Zimbabwe, Mozambique, Angola, Botswana, and South Africa. She was also Program Officer at the National Endowment for Democracy (NED) where she led support to civil society organizations in Nigeria, Sierra Leone, Ghana, and Cameroon. She has consulted on a range of governance and elections projects in Africa with the World Bank, Freedom House, and the Carter Center.

The Africa Program achieves its mission through in-depth research and analyses, including the Africa Up Closeblog, public discussions, working groups, and briefings that bring together policymakers, practitioners, and subject matter experts to analyze and offer practical options for tackling key challenges in Africa and in U.S.-Africa relations. 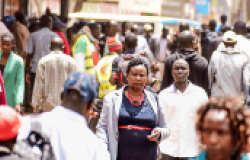 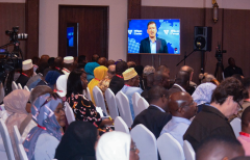 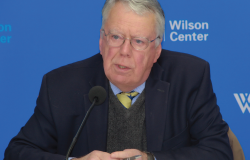 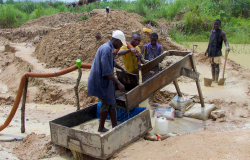