Skip to main content
Support
Show
Streaming
The Role of Masculinities in International Security and Peacekeeping
Show
Streaming
Statelessness in the Middle East
Show
Streaming
Going Digital: The Promise of Fintech in Latin America
Show
Streaming
What it Took to Win: A History of the Democratic Party
Explore More
Close
Africa Up Close
Conflict Resolution and Peacebuilding
The Grand Ethiopian Renaissance Dam and the Prospect of Cooperation in the Eastern Nile Basin
Share on FacebookShare on TwitterShare via Email
SharePrint
Part of the Hindsight Up Front | Ukraine
Article

Within a world of ambiguities: Mexico in the face of Russia’s war against Ukraine 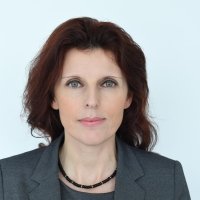 Mexico’s stance in the face of Russia’s war on Ukraine is dominated by ambiguities. Questions about Mexico’s potential stance arose immediately after the February 24 Russian invasion; the country’s solid diplomatic position (albeit with some weak points), has consistently contrasted with the attitudes of the representatives of the legislative and the executive branches. From an international standpoint, this has placed Mexico firmly within a group of countries that condemn the Russian invasion of Ukraine, but do not agree with the West’s strategy for fighting this war –– alienating and sanctioning Russia, and sending weapons to Ukraine.

Like many other countries, Mexico has tried to keep its distance and stay neutral, however, in practice, avoiding clear statements or action could be harming its relationship with Russia beyond that is necessary in these circumstances. Mexico’s traditional multilateral approach – a counter-weight to US influence – in combination with a pro-Russian sentiment present in many key decision-making groups in the country, are the driving forces behind Mexico’s ambiguous response to the crisis.

As a non-permanent member of the UN’s Security Council, Mexico has built a diplomatic position based on four points: a peaceful solution to conflict, support for Ukraine’s territorial integrity and sovereignty, the condemnation of Russia’s invasion, and humanitarian aid. It was relatively easy to uphold in the UN, where a majority of countries (140) approved two resolutions in the General Assembly: one to condemn the invasion of Ukraine (March 2nd), and the other about humanitarian aid to the Ukrainian people (March 24th), the latter being of joint Mexico and France authorship.

However, Mexico drew a clear red line to separate their position from the rest of Latin America by abstaining from voting in the General Assembly on the matter of Russia’s suspension from the Human Rights Committee for human rights and international law violations. In contrast, Argentina, Chile, Colombia, Costa Rica, Ecuador, Guatemala, Honduras and Peru all voted in favor of the resolution, while Bolivia, Cuba and Nicaragua all voted against. Abstaining with Mexico were Brazil and El Salvador. There is also a clear contrast compared to Mexico’s previous positions on a similar matter: in 2011, Mexico voted in favor of Libya's suspension to the Human Rights Committee, and in 2006, it defended the inclusion of the mechanism for suspension.

The Mexican Chancellery has played an important role in the definition of its position in the UN, yet, declarations have not necessarily turned into action. For example, the Ministry of Foreign Affairs (Secretaría de Relaciones Exteriores) denied humanitarian aid to Ukrainian refugees in the first plane the Mexican Air Force sent to Romania to rescue Mexicans that fled Ukraine. The Air Force also denied Ukrainians stuck in Mexico a flight to Europe in the second plane they sent. Mexico also did not join the group of 41 countries that requested the International Criminal Court conduct a formal investigation into the Ukraine case, regardless of declarations by the Mexican delegate that insisted on the need for an impartial investigation from this body. It remains to be seen if Mexico will act on their own General Assembly proposal, which calls for humanitarian aid funding to be sent to Ukraine.

The paradox for Mexico is that maintaining a foreign diplomatic position has been much easier than doing so at home; President López Obrador took more than thirty days to clearly condemn the Russian invasion of Ukraine. The president has not expressed solidarity with the Ukrainian people, nor has he clearly offered asylum for Ukrainian refugees, unlike his response to the crisis in Afghanistan in 2021, for which he offered asylum for Afghan women. Untimely declarations from some members of government, like the Minister of Tourism extending friendship with Russian airlines upon their sanctioning in Europe, have made matters more complicated. It seems only the Ministry of the Economy has separated themselves from these ambiguities, after a March proposal to control the exportation of dual-use goods to Russia and Belarus. The proposal was sidelined, but it seems a less punishing version is being worked on currently.

Adding to Executive branch hesitation, the Mexican Legislative branch surprised many with a confused attitude far from the official diplomatic position. The most criticized position was, without a doubt, the creation of the Mexico-Russia Group for Friendship in the lower body of Congress in the midst of the invasion, on March 23rd. But a sluggish and partial response by the Mexican Senate cannot be overlooked. In their March 30th declaration, Senators underlined their satisfaction with the Mexico-France resolution on humanitarian aid for Ukraine and they condemned the invasion, but in no part of the Senate’s official document is the word “Russia” mentioned.

The stark difference between Mexico’s diplomatic position and its internal reflection is nothing new in Mexican diplomatic politics. On multiple occasions have we witnessed how declarations and resolutions on human rights, migration, climate change, etc.,  presented in international forums have contrasted with their implementation in Mexico. Nevertheless, it seems as though with Russia’s war with Ukraine, the gap between the external and the internal has widened even further. Different legislative and executive actors have provided declarations that outright do not coincide with, or even intentionally separate from, Mexico’s diplomatic position.

In and of itself, this does not bode well for Mexico’s diplomatic credibility, which has consistently anchored Mexico as an anti-interventionist country, which supports diplomatic solutions to conflict, maneuvering Russia’s internal sympathies in Mexico while never getting too close to the invader. Furthermore, it is not only Mexico’s diplomatic reputation at risk with this Russia-Ukraine war: Mexico’s ambiguity also puts into question its relationship with Western countries, particularly the country’s main partners.

The United States and the European Union, which constitute the base for the West’s support for Ukraine, are concerned about Mexico’s position on the crisis. For a war that, in the Western perspective, is definitive for European and transatlantic security, as well as for the current international order, Mexico’s ambiguities are clearly troubling.

In terms of the United States, it is important to notice how Mexico's northern neighbor has skirted around the Russian invasion in bilateral talks, in order to avoid “staining” US-Mexico relations. It was surprising, even, to see President Biden talk of the tragedies of war and announce sanctions against Russia, all the while the US Ambassador to Mexico toured around different states, enjoying a warm Mexican welcome. The clear turning point came with the creation of the Mexico-Russia Group for Friendship, which came as a bucket of cold water for the many who thought there were limits that would not be crossed. This moment was what incited Ken Salazar to talk about the need to be together during times of war, as well as General Glen D. VanHerck’s declarations in front of the US Senate about Russian espionage in Mexico.

The war is one of the issues in which there is simply no clear overlap between Mexico and the United States, but it is not the most important issue within the bilateral relationship. Most probably, the United States will keep trying to sideline the war in the bilateral agenda, prioritizing energy concerns. That being said, there will be indirect pressures to ensure Mexico does not become a bridge through which Russia can overcome sanctions; Canada will also play an important role in pressuring Mexico, as Trudeau has already attempted to include Mexico in a show of solidarity with Ukraine.

On the other hand, Europeans – who are far closer to the conflict – insist frequently that there is little room for hesitations, that clear-cut positions are required immediately. Although they themselves cannot always respond unanimously to the war, as they have demonstrated in their struggle to impose energy sanctions on Russia, there is no doubt that for Europe, the invasion of Ukraine is an existential issue. In fact, there is now only one priority in the EU’s agenda with Mexico: “Ukraine, Ukraine, and yet again, Ukraine.” Disappointment from Mexico’s ambiguous stance is what punctuates EU sentiment with the country.

Will this situation affect Mexico’s relationship with the EU in the future? It is not out of the picture that the EU would be rethinking its relationship with Mexico, who has been a strategic partner of the body since 2008. It is important to highlight that, in addition to this situation is Mexico’s now-tenuous relationship with EU member, Spain, and the critiques by the Mexican president to the EU Parliament over their resolution on the assassination of Mexican journalists. These tensions could lead to a similar adjustment from the EU as it occurred their relations with Brazil, leading the EU to finally concentrate much more in their immediate vicinity and their relations with Africa and Asia, much to the detriment of the big Latin American countries.

What could Mexico gain with an ambiguous position in the face of Russia’s war with Ukraine? There is little indication that Mexico’s attitude on the war is meant to forge a new strategic relationship with other countries or regions. Because of this, Mexico has also failed to strengthen its leadership in Latin America and the Caribbean, which should have been facilitated by its position in the UN Security Council. For now, it does not seem as though much can be gained with an ambiguous position, particularly when Mexico’s primary commercial and investment partners remain the United States and the European Union, as well as Japan, South Korea, and Australia, who have all joined the West in sanctioning Russia.