Women Led Protests in Iran Evolve: Regime Controlled Industries are the Next Targets 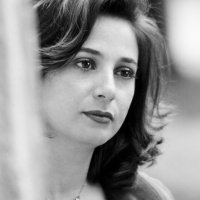 Eight weeks of women led protests in Iran have passed. Boycotts and strikes are now more common tactics of the protesters. As the movement evolves, the regime will have to cope with increasingly targeted threats to its economic base.

Women have led mass protests in Iran for more than eight weeks now. From school-aged to university, young women in Iran are rebelling against the suppression and humiliation their mothers have endured over the past 43 years. Iranian women have played a major role in demonstrations since the 1979 revolution. They were key in social protests like the 2009 green movement and some actively participated in White Wednesdays, a social media campaign initiated by Masih Alinejad – an exiled reporter – in 2016.

Young women and girls are chanting “death to dictator,” “Mahsa is our code,” “no hijab, no force, we want freedom and equality.”

So, it was no surprise that women poured into streets after Mahsa Amini, a 22-year-old Kurdish Iranian woman, was killed by the “morality police” in Tehran in September 2022. However, what is surprising is how wide spread, intergenerational, and multi-faceted this transnational movement has become. Young women and girls are chanting “death to dictator,” “Mahsa is our code,” “no hijab, no force, we want freedom and equality.” It is not only the secular or unveiled women who are protesting and subjected to regime brutality, but also brave religious women such as Fatemeh Sepehri, Faezeh Hashemi and others who are protesting despite being imprisoned or threatened.

It is no surprise that President Ebrahim Raisi and the supreme leader, Ali Khamenei, have stated, once again, that the protests are provoked by the US and Israel and their spies inside Iran. It is also consistent with their logic to cover up the death of Mahsa Amini and many other young men and women who have been killed by the security forces. Nika Shakarami, Sarina Esmailzadeh, Asra Panahi are among the young girls whose brutal killings are denied by the Iranian authorities; their families were forced to confess on state-run TV that their loved ones were “suicidal” or had “pre-existing disease” that led to their deaths. Reports indicate more than 350 people have been killed since September 14, 2022 in Ardabil, Zahedan, Rasht, Mashhad, Tehran, and other cities.

The current social movement is spreading in the following ways: students in major universities (112 universities and counting) are on strike; high school students are walking out of classrooms; street protests are occurring almost every night, especially on Wednesdays, and on the traditional 40th day of passing of each ‘martyr’ killed by security forces.

However a new tactic is at play. For the first time, people are boycotting Mihan products, a manufacturer of everyday goods and groceries that is tied to the IRGC (Sepah), and more recently Digikala (Iran’s amazon) – another IRGC-controlled company. The workers in the Mihan Company have made a video published on social media denying their link to the government – indicating the boycotts are having an impact. Another company that is now a target is Zamzam, a bottled water company, whose directors are closely affiliated with the IRGC. Pictures published on social media show plain-clothed men cracking down on protesters in universities with its bottles in their hands. The newest targets are snap, Pegah, Refah, Etekah and Tapsi.

The protests since September 2022 are not like the ones in 2009, 2018 or 2019. The protesters are young and brave; they no longer want mere reforms and have defied the crackdowns.

In addition, massive ranks of workers in major industries have repeatedly gone on strike due to lack of salaries and unfair working conditions. The protests since September 2022 are not like the ones in 2009, 2018 or 2019. The protesters are young and brave; they no longer want mere reforms and have defied the crackdowns. Like the Islamic revolution of 1979, the strikes are spread by workers. They include Southern Pars Industries (Asaluyeh and Bandar Abbas), Haft-Tapeh Neishekar, Kian Tire, Ghadir Steel Factory, Abadan Petroleum, Bushahr Petroleum, Petro Kangan, etc. When and if these strikes become widespread, the regime will indeed face an existential crisis.

Iran is under sanctions and its economy is weak. Thus it relies on aggressive Russia, even at the cost of more sanctions, in an effort to keep the economy afloat. Both the Iranian working and educated classes want a meaningful say in the affairs of the country. Iranian women comprise 60 percent of the university graduates and are not satisfied with strict Islamic rule that governs every aspect of their lives. There is a huge Iranian diaspora in the US, Canada and Europe who have announced their solidarity with the demonstrations. The West can ensure a democratic future for Iranian society by unanimously obliging the Iranian government to guarantee women’s and human rights.

To those who lived through 1979 revolution, this might present an eerie resemblance to the days leading to Shah’s departure. After all, 83-year-old Khamenei is also said to have cancer like the Shah. But the similarities end there. Rumors are spreading that the IRGC and the Basij, Iran’s domestic, paramilitary militia, can use their influence among Shia throughout the region to summon a wave of armed militia to target the “the enemies of Islam.”

Another way the regime can suppress the protesters is by engaging in an armed conflict. The IRGC has recently conducted a military exercise in the Aras River on the border with Azerbaijan. During the past month, the military forces have also bombarded Kurdish targets across the border in Arab and Balooch populated areas of Sistan and Baloochestan. These are provocations that can easily lead to armed conflict and once a war is waged, the Islamic Republic will be able to execute its critics inside the country under the banner of “protecting national security.”

The October 15 fire in the notorious Evin prison in Tehran, which killed eight, shows evidence of arson. Many dual citizens as well as political figures who oppose the regime are imprisoned there. Some European countries called the Iranian ambassadors to relay the message that all responsibilities for the life of their citizens imprisoned in Evin lie with the Iranian government. For Iranians, the memory of Cinema Rex, which was set ablaze in 1978 by the Islamists, killing more than 400 people, was painfully invoked.

This is not history repeating itself. Khamenei is not the Shah and the national armed forced are not just the Army. The IRGC, the Basij, armed plain-clothed men, and foreign Shia armed and aided by Iran can undermine national will of the Iranian people. We are facing a multifaceted, aggressive, and expansionist government that claims to lead the Shia Muslims of the world. This is not the time to make deals with the Iranian regime.

What the world owes to Iranian people is a united and laser focused approach to distinguishing the national will of the people from all other claims.

What the world owes to Iranian people is a united and laser focused approach to distinguishing the national will of the people from all other claims. What started as a public revolt against the regimes medieval subjugation of women, has already evolved into a sophisticated targeting of industries tied to its institutions. The world must stop now and listen. Reverberating in the streets of Iran is the will of all women to life and liberty.