The Kremlin's Favorite Scapegoat: The Latest Attack on LGBTQ+ Rights in Russia

In November 2022, the Russian parliament passed a new bill banning any activity that can be interpreted as the promotion of “non-traditional sexual relations and/or preferences.” In December, President Vladimir Putin signed it into law. This legislation is an expansion of the notorious 2013 bill, which prohibited so-called “gay propaganda” among minors. Nina Rozhanovskaya spoke with Dr. Alexander Sasha Kondakov about the repercussions of this discriminatory legislation, the rationale behind Russia’s crackdown on the LGBTQ+ community, and what its timing can tell us about Russian politics. The conversation was recorded on November 30, 2022. 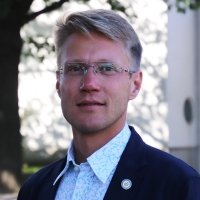