As of August 1, nearly 30% of civil servants in Afghanistan are women. When the Taliban last ruled, they weren’t permitted to work outside of the home.

When the Taliban first controlled Afghanistan, women were banned from receiving an education after age eight, working outside the home, or even entering a public space unless accompanied by a male family member.

The Taliban’s ouster led to dramatic changes in the country, first in laws and official policy, then in society itself. The 2004 Afghan constitution explicitly prohibits gender discrimination and includes provisions that bolster gender equality. The U.S.-backed Afghan government made commitments to ensuring women’s representation and participation in public life that gradually changed the make-up of important institutions.

As of early 2021, women were actively serving in parliament and civil service, and comprised nearly 30 percent of those roles at the national level. They were even able to represent their country to the world, as exemplified by Afghanistan’s Ambassador to the United States, Adela Raz, as well as her predecessor, Roya Rahmani.

Afghan women made other substantial gains during this time as well. From 2001 to 2021, maternal mortality in the country was more than halved. Child marriage declined by 17 percent. Educational and employment opportunities increased, with girls’ primary school enrollment nearly doubling and many Afghan women entering the workforce for the first time.

Given the Taliban’s past brutal treatment of women, it’s safe to say that their resurgence threatens to undo much of the progress we’ve seen. Early in last year’s peace processes, the Taliban suggested to U.S. and European representatives that it wouldn’t seek to restore all of its deeply discriminatory policies. For example, representatives said that they would allow girls to attend school, although they still believed classrooms should be segregated by gender. Unfortunately, recent reports of newly implemented restrictions on women’s freedoms—including requirements to wear a hijab and prohibitions on leaving the home without a male relative—in Taliban controlled areas raise grave doubts about the sincerity of pledges made while negotiations were taking place and, more importantly, while U.S. and allied forces were still in country.

The Taliban’s return to power in Afghanistan raises many dire concerns. Perhaps the most urgent (and greatest fear) is the fate of the many Afghan civilians who aided U.S. efforts to build a more modernized, more democratic country. Countless Afghans served as translators and interpreters, among other critical roles, and their service was integral to the efforts undertaken by the U.S. and its allies. But their service has also put them in grave danger. In recent months, targeted attacks against these Afghans have increased 45 percent, and an increasing number have faced death threats.

The Afghan Special Immigrant Visa program was created in 2009 to protect these brave individuals. Under the program, Afghans affiliated with U.S. missions in the country can apply for a visa to come to the United States. Their spouses, as well as any unmarried children under 21 years of age, are also eligible. However, the SIV approval process has been notoriously slow, and applications have been piling up for years. As of August 2021, there were more than 18,000 Afghan SIV applicants (and 50,000 immediate family members) pending approval, according to the International Rescue Committee.

In July, the Biden Administration announced Operation Allies Refuge, a program that relocates individuals who are interested and eligible for SIVs, as well as their families, to safe locations outside of Afghanistan while they go through the application processes. The first of these relocation flights, carrying 221 men, women, and children, arrived in the United States on July 30. However, only those in the final stages of the SIV process are eligible for relocation under this program, and thousands of individuals who contributed to the U.S. mission remain stranded in Afghanistan with no immediate way out.

As the U.S. departure from Afghanistan concludes, it seems likely that only a small percentage of those associated with the U.S. and allied effort were able to leave before the Taliban solidified their control this weekend. U.S. representatives are pushing the Taliban to disavow retribution against those who may have cooperated with U.S. and international forces. Crowds are currently swarming the Kabul airport in a desperate, last minute attempt to flee, but, for tens of thousands of Afghans, any opportunity to leave has already gone.

Sixty-five percent of the Afghan population are children and youths, and the country’s median age is only 18.4 years old.

The United States and its allies entered Afghanistan 20 years ago, which means that most Afghans were born after the fall of the Taliban. They’ve only known life under a fragile government with conflict and instability never too far away. But they’ve also grown up with realistic hopes for educational opportunities much greater than their parents knew—especially their mothers.

The U.S. and its allies have gone to great lengths to foster educational opportunities in Afghanistan. For example, UNICEF has made significant investments in education in the country, supporting both the formal school system and community-based education programs. These efforts have paid off. From 2001 to 2021, the number of children enrolled in general education (grades 1-12) in Afghanistan rose from 0.9 million (with almost no girls) to 9.2 million (39% girls).

The American University of Afghanistan, based in Kabul, relies on USAID for 60 percent of its budget. Since it opened in 2006, it has graduated more than 1,000 Afghans, including 97 Fulbright scholars. There are currently 1,700 students enrolled in the university’s degree programs, and, in recent years, women have made up nearly 50 percent of its student body

As Afghanistan continues to unravel, the question for young Afghans, who make up the majority of the country, is what remains of their educational dreams? 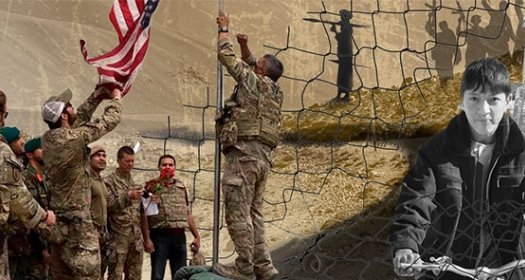 HINDSIGHT UP FRONT: LESSONS & IMPLICATIONS OF WITHDRAWING FROM AFGHANISTAN 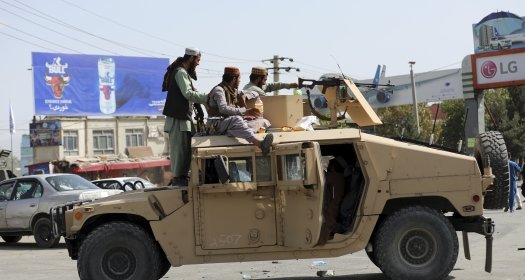 The Deteriorating Situation in Afghanistan: Expertise from the Wilson Center