Atomizing Iran: Eisenhower and the Bomb 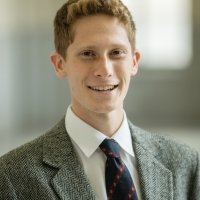 Jonah Glick-Unterman discusses the connection between Eisnhower's nuclear policy, Atoms for Peace and the establishment of the Iranian nuclear program.

“The gravity of the time is such that every new avenue of peace, no matter how dimly discernible, should be explored.”

One year after his inauguration, President Eisenhower delivered his flagship “Atoms for Peace” address to the UN General Assembly. Outwardly, this speech advanced a revolutionary policy of universalizing nuclear energy and harnessing it to further international cooperation in trade and security. Further, it explicitly called on the Soviet Union to play a central role: “Of those ‘principally involved,’ the Soviet Union must, of course, be one.” Atoms for Peace appeared to be a departure from rivalrous competition and a step toward engagement, inspiring the 1954 revision of the U.S. Atomic Energy Act to allow nuclear exports, training, and assistance in constructing research reactors. It also led to the establishment of the International Atomic Energy Agency in 1956.

However, the legacy of Atoms for Peace is contested. Some like Peter Lyon look to the covert motives and effects of this policy, as it subtly distracted the public from the dangers of an ongoing atomic buildup and crafted an image of the United States as a benevolent partner interested in democratizing access to this new technology: “as an exercise in psychological warfare, it was an unmixed triumph.”[i]

Eisenhower’s speech was delivered three years after the first Soviet nuclear test in 1949 and only a few months after the first successful Soviet H-bomb test in August 1953. The impact of this last event was documented in a December 1953 memo detailing the planning for Atoms for Peace: the administration “Started thinking 2-1/2 months ago.”

Eisenhower’s own perspective of the utility of nuclear weapons must also be taken into consideration in explicating Atoms for Peace’s objectives. A few months following the ratification of the Korean armistice, after receiving word of renewed Communist aggression, Eisenhower decided that drastic measures would be preferred over reengaging in prolonged conflict: “'The President expressed with great emphasis the opinion that if the Chinese Communists attacked us again, we should certainly respond by hitting them hard and wherever it would hurt most, including [Peking] itself.” Eisenhower’s “great emphasis” may insinuate a nuclear attack, as Bernard Gwertzman reported for The New York Times in 1984. Likewise, only a few days before his address to the United Nations, in congratulating Churchill on Britain’s recent nuclear tests, “the President touched upon his belief that Atomic weapons were now coming to be regarded as a proper part of conventional armament and that he thought this a sound concept.” The document detailing this conversation was intended to be destroyed, and its existence today shines light on Eisenhower’s dangerous acceptance of nuclear weapons as part of a modern military arsenal.

Another disconcerting moment lies in comparing a draft of the Atoms for Peace address with the official presentation. Particularly telling is the omission in the final speech of a sentence obliquely calling for nuclear proliferation: “Within the Continental United States lies the vast arsenal of production which, since 1947, has been in the service not just of the United States, but of the free world. If that arsenal were to be gravely damaged, the whole free world would lie at the mercy of any powerful aggressor.” This line seems to suggest that the possession of nuclear weapons, or at least access to the methods of production by other states, would have a stabilizing and securing effect against Soviet aggression, hedging against nuclear unipolarity. Indeed, as Eisenhower reflected in a March 1950 speech, “[I] would rather be atomized than communized.”[ii]

Understanding the motivations behind Atoms for Peace, possibly anticipating proliferation, may elucidate Eisenhower’s decision to implement it in Iran in 1957 as a strategy of deterrence. According to archival documents, a nonaligned Iran was viewed as a cornerstone in a deterrence strategy against the Soviet Union, and Atoms for Peace served to solidify Iran’s allegiance to the West. In a May 1956 NSC meeting, attendees noted that “[countries like Iran] do not wish to be defended by nuclear weapon.” Since nuclear assurance was not viewed as an effective strategy, a policy of cooperation emerged to ensure Iran’s fidelity. In March 1957, a telegram from the President’s Special Assistant James Richards reflected an interest in complying with the Shah’s request for support in economic and military development, and, later that month, Atoms for Peace emerged as a policy satisfying this mandate for a cooperative and constructive agreement with Iran. The final agreement, titled the Cooperation Concerning Civil Uses of Atoms, reflected this motivation for cooperation rather than assurance.

Some have argued that the 1957 agreement was inspired by American guilt following the 1953 coup.[iii] Others may contend that maintaining trade with Iran was an important stimulus for the nuclear agreement, as the anteceding 1955 Treaty of Amity, Economic Relations, and Consular Rights between the U.S. and Iran promoted “encouraging mutually beneficial trade and investments and closer economic intercourse.” However, in the State Department archives, there is no mention of the coup as a motivator, and Iran had not yet become an essential partner in military trade as in the 1970s. The low frequency of discussions regarding preceding the 1957 civil agreement points to the relative lack of ideological or economic ties between the U.S. and Iran. Tellingly, at an NSC meeting in December 1954, Secretary of the Treasury George Humphrey demanded that, in restraining the Soviets, “We must choose between whether we defend Iran or India.”

The implications of the overt motives behind Atoms for Peace and its implementation in Iran are both historical, setting the stage for Iran’s current nuclear regime, and theoretical, undermining previous ideologies surrounding nuclear weapons use. Many argue that today’s drama over Iranian nuclear proliferation results from the 1957 agreement and the norms established by Atoms for Peace, which provided technological and educational resources (In 1959, Iran’s first nuclear research reactor was established at Tehran University, and, in 1975, MIT and the Atomic Energy Organization of Iran collaborated to provide master’s degrees to Iranian scientists). Simultaneously, the case of Iran crucially demonstrates the dangers of proliferation as a method of deterrence.

Eisenhower’s Atoms for Peace policy stands in direct contrast with another flagship Presidential speech addressing the nuclear threat: President Obama’s 2009 address in Prague. Ideologically, the two addresses are diametrically opposed to each other—one calling for deterrence and possibly even proliferation, the other an offering of de-escalation and hope. While still recognizing the value of universal nuclear energy, instead of spreading nuclear technology and material, President Obama called for increased restrictions on nuclear development with the ultimate goal of total denuclearization. This platform demonstrates a heartening advancement and improvement over the last seventy years in how the United States considers confronting the nuclear threat. One can only hope that these values continue to guide policy amidst new challenges and turmoil.

[iii] For one argument, see Mohammad Homayounvash, Iran and the Nuclear Question: History and the Evolutionary Trajectory (Oxford: Taylor & Francis, 2016): 1.