Babyn Yar: 80 Years after the Tragedy 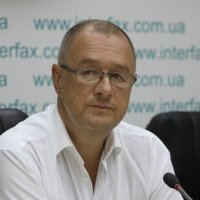 This article was first published on Focus. It has been translated and edited lightly for length and style.

The first projects to commemorate the murder of 34,000 Jews at the Babyn Yar ravine in Kyiv in September 1941 appeared as far back as the mid-1940s. They were discarded in the midst of Stalin’s campaigns against cosmopolitanism and Ukrainian nationalism.

The next try occurred in the 1970s. It was then that the Soviet authorities erected a monument at Babyn Yar with an inscription dedicating the site to the “Kyiv residents and prisoners of war” murdered by the “German fascist invaders.” Soviet ideology rejected the idea that official Nazi policy stressed Jews as a primary target for systematic extermination, and so the monument made no mention of the Jews. Instead, it incorporated all the victims of the Nazi occupation regime in Ukraine, which viewed mass murder of the Jews as a prologue to create a “living space” for the German “master race”, under the umbrella term “Soviet citizens.”

Official Soviet discourse started to change in the early 1990s. Marking the 50th anniversary of the tragedy in 1991, then chairman of the Supreme Soviet of the Ukrainian SSR Leonid Kravchuk not only officially acknowledged that Jews had been the primary targets and victims of the Nazis but also apologized on behalf of all Ukrainians for the “injustices inflicted on the Jewish people in our history.” Later, in independent Ukraine, it became an unwritten rule for official speeches to enumerate all groups murdered at Babyn Yar along with the Jews, typically including Roma, prisoners of war, members of the Soviet and Ukrainian nationalist underground, hostages, and psychiatric hospital patients. The term “Holocaust” remained unpopular in Ukraine until the mid-2000s, in both public and academic discourses.

The 2000s saw the first systematic attempts to build a comprehensive memorial center at Babyn Yar. These efforts immediately sparked contention between the “locals” and “outsiders.” “Locals” were mostly members of the “Babyn Yar Committee”—a nongovernmental organization and group of researchers and memory activists who had over the years conducted complex and extensive research into the tragedy in partnership with other NGOs. “Outsiders”—the American Jewish organization Joint—largely ignored the work of the locals as it pursued its own objectives.

The two groups’ perspectives on commemoration never met, and neither project moved forward. At the end of his term, President Viktor Yushchenko blessed the establishment of the Babyn Yar National Historical-Memorial Preserve, but mostly on paper. Attempts to secure funding for a physical memorial failed as funds were channeled instead into Yushchenko’s preferred memory projects, those commemorating the Holodomor and Ukraine’s Cossack past. The subsequent 2008 financial crisis and President Viktor Yanukovych’s neo-Soviet memory policies spelled the end of plans to finance the preserve adequately.

In 2016, as Ukraine marked the 75th anniversary of the massacre, a new actor emerged on the scene: the Babyn Yar Holocaust Memorial Center (BYHMC). It immediately drew public attention. The project envisaged the creation of a large memorial complex, to include a museum, a research and archive center, a library, and educational and outreach facilities, in theory surpassing Yad Vashem—the archetypal Holocaust museum benchmark—in terms of size and diversity of programming. The BYHMC positioned itself as an international project, recruiting prominent, internationally known public, political, and religious figures to its supervisory bodies and top Western and Ukrainian scholars, specialists in the Holocaust and World War II, for its academic council and research team. The budget was also impressive: a cool $100 million. The project received immediate support at the highest political levels in Kyiv, including that of President Poroshenko and Kyiv mayor Vitali Klitschko.

The BYHMC became a powerful catalyst for change. It highlighted the state’s neglect of the site, as over the years competing monuments had filled the preserve’s territory adjacent to an unkempt recreation area. An opportunity to build a memorial complex worthy of the tragedy seemed finally to be at hand. But at this very point old conflicts reared their heads. The same local activists and historians who had been working on the site felt pushed aside by the BYHMC and formed a core group of critics.

Initially, the critique was substantive. While occasionally crossing the boundaries of good taste and balanced discussion, it helped improve the basic historical narrative prepared by the BYHMC’s international team of historians and broaden the concept of the use of the memorial space. Then substantive arguments ran out—all the more so as the BYHMC team was open to compromise—and politics took over.

Two projects are now competing at the Babyn Yar site. One is the BYHMC, which is referred to in public discussions in Ukraine as “private” and, increasingly, “Russian” (or worse, “Putin’s”) because of some of the funders’ citizenship. The other, proposed by the Institute of the History of Ukraine and some of the BYHMC’s critics, is called a “state” project, presumably to emphasize its Ukrainian origin. But the labels are misleading. The “state” project receives meager state support and has barely moved forward. The “private, Russian” BYHMC, in contrast, enjoys high political support, including on the part of the Kyiv mayor’s and Ukrainian president’s office, not to mention Ukrainian public figures and scholars.

Over the past two years, the BYHMC has made impressive strides in improving the memorial site and creating commemorative installations. Its opponents, however, express several objections. They insist that a Babyn Yar memorial complex must be a state-sponsored project and that citizens of the aggressor state—Russia—not be involved in funding it. They claim that the BYHMC’s memorialization concept is inadequate in form and substance (insert curses against the BYHMC’s controversial art director Ilya Khrzhanovsky, and, as might be expected, the filmmaker Sergei Loznitsa, whose documentary Babyn Yar: Context raised many a hackle in Ukraine even before broad screening). Finally, they demand that construction at the site be prohibited to avoid desecrating the mass graves.

A counterargument can easily be made to each of these points. As mentioned, the “Russian” project actually enjoys the Ukrainian government’s support at the highest level. The funding is split 51-49 between “Ukrainian” and “Russian” money. Funders who are citizens of the “aggressor state” also happen to be Israeli citizens and were born in Ukraine. Some of the BYHMC’s cultural and artistic ideas may be shocking, but they are still under discussion. The demand to avoid building on top of the mass graves has been satisfied, and a rabbi has approved the construction of a recently built synagogue on site.

But rational arguments no longer seem to interest the BYHMC’s opponents, who are guided by a mix of personal ambitions and grievances, political and financial interests, ideological and aesthetic preferences, ethical motivations, differences in worldviews, and academic quarrels. Amid the avalanche of objections, accusations, and complaints, substantive aspects of the project have fallen by the wayside.

A familiar pattern has emerged: critics posing as “patriots” and their academic allies generate a multitude of protest letters and appeals to the authorities and the public, denouncing various actions by the BYHMC. The BYHMC, in turn, evades open conflict while steadily and with growing confidence implementing its plans. The basic historical narrative has been finalized. The team is painstakingly investigating the area, identifying execution sites, compiling a list of victims, and erecting installations and memorial signs. For the first time in the history of independent Ukraine, public opinion polls have been conducted on Holocaust memorialization. Authorities, for their part, have been ignoring the critics’ protests, with success.

In the meantime, it is hard not to notice that the two concepts have grown closer and closer. The “state” memorialization project has steadily improved: whereas its earlier draft proposed that the memorial cover some nine centuries’ worth of history, the latest version focuses on the twentieth century and has three components: a general reorganization of the memorial space at the site, the building of a Babyn Yar museum that would cover other tragedies that took place there and the subsequent memory wars, and the creation of a Holocaust museum.

The BYHMC’s concept, too, has undergone considerable change. Some provocative artistic solutions that had antagonized even the organization’s own team members have been removed. The latest version of the project envisions the construction of a Babyn Yar museum, a Holocaust museum, a local history museum, a museum dedicated to the 1961 Kurenivka tragedy, and commemorative sites for members of different religions. Archival research is already under way, and public opinion polls on Babyn Yar memorialization are being conducted. The research component includes some of the elements that were started by the project’s most ardent opponents and are near and dear to their hearts: compiling a list of victims, identifying execution sites, performing geodesic surveys, and mapping the area.

The two projects increasingly look like twins. However, disagreements persist—most notably around whether or not to commemorate Ukrainian nationalists who collaborated with the Nazis and supported their policy of exterminating the Jews, yet ended up on the Babyn Yar victim list. Some of the remaining disagreements look like a tempest in a teapot, yet they pull in more and more individuals, from respected historians to activists, public intellectuals, and random bystanders who stopped by to take a look at the fracas and got drawn in.

There is a very real and distressing possibility that the lot of them will throw the baby out with the bathwater, sacrificing the very thing they claim to be so passionate about—namely, an appropriate commemoration of the victims of Babyn Yar. To avoid that, the two projects have to find a way to work together for the sake of a bigger whole. After seventy years of neglect and forgetting, the history and tragedy of Babyn Yar must finally become a part of Ukrainian history and historical memory that can actually teach us, citizens of independent Ukraine, something important.