Explore More
Close
Blog post
Democracy
Tensions Rise in DR Congo with Credibility of Next Elections at Stake
By Ida Sawyer on October 22, 2021
Share on FacebookShare on TwitterShare via Email
SharePrint
Part of the STIP & Citizen Science
Blog post

BOOK REVIEW: Citizen Science - How Ordinary People are Changing the Face of Discovery 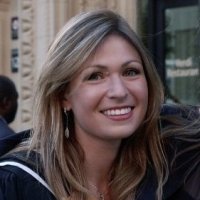 In Citizen Science: How Ordinary People are Changing the Face of Discovery (The Overlook Press: New York, NY, 2016), Caren Cooper begins by listing the enormous problems we face that scientists alone are not able to solve: “…overpopulation, climate change, emerging diseases, deforestation, mountaintop removal, great garbage patches in the ocean…” (9) She argues that to move toward solutions we need to put the force of the “scientific process of discovery” (9) in the hands of ordinary citizens, rather than solely in the hands of a few isolated professionals. In this well-researched and highly-readable book, she describes how “non-professionals”—citizen scientists—have made valuable contributions to our understanding of science and how their role is expanding and becoming increasingly important.

According to Cooper, this book grew out of her desire to understand the motivations and contributions of citizen scientists. Her method is to relate stories of non-professionals who have contributed to science in diverse disciplines and locations. Each chapter focuses on a scientific discipline ranging from meteorology and astronomy to biochemistry and public health that has benefited from the work of citizen scientists. She explains how volunteers were able to make substantive contributions and also identifies the social benefit to volunteer participants, their communities and society as a whole. What emerges is a picture of citizen science as a diverse patchwork of motivated, passionate individuals seeking to answer scientific questions and contribute to the knowledge base.

The four chapters of the book’s first section, Hobbies of Discovery, focus on scientific projects undertaken by networks of people who record observations of the natural world: weather, birds, insects, and the night sky. Cooper describes the Community Collaborative Rain, Hail, and Snow Network (CoCoRaHS) of dispersed volunteers who collect data on precipitation—data that reveals local and regional variability that other data collection methods cannot capture.  As for possible flaws in the data collected by participants, a meteorologist explained: “sheer numbers outweigh problems” (23).

Cooper describes the program of “raising, tagging, and releasing monarchs by incarcerated citizen scientists” at the Washington State Penitentiary (51). Data were used to help solve the mystery of where monarch butterflies go during the winter. She says this program is a “win-win situation because the inmate experience is therapeutic” (56). Cooper concludes that just as biodiversity is key for the health of ecosystems, citizen science is best done with diverse populations of volunteers—people of all ages (77).

The last chapter of this first section considers the well-known role of volunteers in astronomy to answer what people can do with backyard telescopes and good viewing conditions, that professionals—equipped with expensive technology including both ground-based and satellite telescopes—cannot. After showing the significance of citizen astronomers in discoveries of supernovae, planets, and in establishing the method of microlensing, Cooper concludes by likening citizen science to “fan science… when people want to dedicate their creativity, enthusiasm, and time into something meaningful, they take up citizen science” (105).

While Part 1 focuses on citizens contributing to science through observations visible to the naked eye or aided by binoculars or telescopes, Part 2, The Necessity of Leisure, describes newer approaches: gaming, computer modeling, and open networks or shared access to research. As some scientific problems require more computing power than is available from a single computer, volunteers help by downloading software programs that allow ”their personal computer to be accessed as part of a distributed computing network” (110). Thus, researchers can use the processing capacity of thousands of linked personal computers. Cooper asks why volunteers participate in online citizen science games and discovers that the motivation is to contribute to science—just like “on-the-ground citizen science participants, where their tools are binoculars or butterfly nets rather than personal computers” (127).

According to Cooper, with new applications and techniques “science of the people (and their microbes) becomes science by the people, which finally becomes science for the people” (129). For example, Science Cheerleaders—current and former cheerleaders pursuing STEM careers— work to “flip public stereotypes of scientists and cheer girls into STEM careers” (131). To further this goal, they blast microbe collection kits to massive audiences in major football, basketball, and baseball games. Citizen science became a viable contributor to microbiology when technology had improved enough to handle the massive volumes of data collected by crowds. This new approach to citizen involvement in science requires a change in thinking on the part of the scientific community as scientists must “…see themselves as part of a network in which many brains are better than one” (152).

Finally, this section considers the role of indigenous knowledge in stewardship of the earth. “Indigenous knowledge and scientific knowledge are different…both need to be interpreted and applied correctly” (157). In areas where there are indigenous people, the best conservation and adaptation strategies “involve preserving and studying indigenous knowledge”(160). Cooper then looks at how citizen scientists are changed by their participation in projects ranging from a study of koalas in South Australia to water quality monitoring in Vermont. She says that citizen scientists bring their “perspectives, ideas, values, and opinions into a values-policy nexus” (173) and give us “insight and foresight to manage natural resources sustainably” (174).

The concluding section of the book (Part 3: A World Where Everybody Counts), describes a new paradigm: rather than people aiding scientists in making discoveries, scientists are helping citizen scientists to produce new knowledge and discoveries. For example, in North Carolina a sea turtle monitoring initiative, organized by researchers that used volunteers, was combined with a trash collection program. One of the greatest threats to turtles is plastic litter—and through data collected because of citizens’ curiosity about beach trash, the sea turtle project “spawned its own citizen science project that studies beach debris” (192). Cooper says: “it is phenomenal when a completely contributory project…spawns a community-based action project… A heightened awareness, combined with efficacy for science and monitoring, are the ingredients for change” (192).

Cooper also describes how citizen science can be used to understand and remediate environmental and public health in communities. She cites the example of Tonawanda, New York, where residents were suffering from rashes and strong smells, and many were battling rare cancers. The community responded by building a device to sample the air to determine the source of the likely cause. The samples yielded carcinogenic benzene concentrations way above the acceptable level, and led to a new EPA inspection that showed that the Tonawanda Coke factory intentionally violated emission standards, and had evaded inspections. Thus, Community-based participatory research allows community members to work with scientists to gain knowledge useful to the community.

The final chapter discusses the AIDS epidemic, and describes how activists trying to expedite the approval of treatment changed the clinical trials of AIDS research and “became credible agents within the scientific community, viewed as partners to AIDS researchers” (235). Here we see a different type of science, where involved citizens educated themselves to be able to participate in scientific discussions and publish papers. This was achieved by learning and transforming scientific language; acting as liaisons between researchers and AIDS patients; changing the target group of participants; and influencing the design, implementation, and speed of trials.

Finally, Cooper sums up the lessons she learned from these stories of citizen scientists by concluding that there is immense social benefit to working together. Connected communities lead to better functioning communities that can overcome problems together as they bridge the gap between science and society. “Citizen science is a passport to the rights and responsibilities of engaging in validated systems of discovery” (272).

One question left un-answered is how citizen science programs should be evaluated. Cooper makes a case that these programs have demonstrated benefits both to the advancement of scientific knowledge as well as to participants and wider communities, but establishing standardized metrics to evaluate these programs would be useful in encouraging and facilitating acceptance among professionals and the public. Especially during periods of uncertainty, when it is not yet clear how a new political administration will choose to manage federal agencies charged with protecting environmental and public health, citizen science with established standards for encouraging public participation in science may play a particularly important role in continuity of these federal science agency missions.