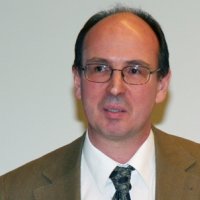 Behind closed doors, General Secretary Leonid Brezhnev gave an account of the causes and effects of the Six-Day War between Israel and Egypt, Jordan, and Syria.

Behind closed doors, General Secretary Leonid Brezhnev gave an account of the causes and effects of the Six-Day War between Israel and Egypt, Jordan, and Syria.

On June 20, 1967, ten days after the weapons at the front lines in the Sinai and on the Golan Heights had been silenced, the Central Committee of the Communist Party of the Soviet Union gathered for a plenary sitting. Truly, as the historian Isabella Ginor noted, “This speech must be viewed cautiously as an apology for Brezhnev’s own role and that of his colleagues, it does give away several crucial factual disclosures.” Indeed, Brezhnev based his speech on minutes of secret meetings, diplomatic dispatches and conversations in the dramatic weeks and days before, during and after the third Arab-Israeli war that changed the map of the Middle East.

Only trusted allies of the Warsaw Pact States received copies of Brezhnev’s speech. One of them was Walter Ulbricht, the First Secretary of the Central Committee of the Socialist Unity Party of Germany (SED), in East Berlin. After the opening of the SED central archives in the early 1990s, researchers were granted the opportunity to read a German translation of Brezhnev’s speech. The 63-page document describes, in the words of the then most powerful Soviet leader, the chaos, the deceits, and the hubris of Arab military and political leaders, which led to a catastrophe for the Egyptian, Jordanian, and Syrian armies after June 5, 1967.

According to Brezhnev, the Soviet Union was even willing to join the war. Brezhnev wanted to save the Arab coalition forces from total defeat after the Israeli Defense Forces (IDF) had conquered the Syrian main base, El-Quneitra, on the Golan Heights. For the IDF, the fall of El-Quneitra opened the road to the Syrian capital, Damascus. In this very crucial moment, the Syrian regime begged the Soviet Union to do whatever possible to stop the Israelis within the next two to three hours.

The Soviet leadership, according to Brezhnev, reacted immediately. A Soviet flotilla operating in the Mediterranean Sea received orders to head for the Syrian coast. At the same time, the USSR declared a breach of diplomatic relations with Israel and indirectly threatened to take up arms against the Jewish State. Only one hour later, the United States under President Lyndon B. Johnson realized the seriousness of the situation and signaled to Moscow: Israel was willing to cease fire. Damascus was saved. On the evening of June 10, 1967, the Six-Day War was over.

Brezhnev concluded that his warnings to the US and Israel had been effective. However, at the same time, he had to realize that the USSR’s role in the Middle East had become much more complicated as a result of the conflict. The Sino-Soviet split cast a long shadow on the region. Wedged between the interests of the radical Chinese regime, the new regional power Israel, and the Western powers, the Soviet Union had to find an agreement with its defeated, unreliable allies in the Arab World.

After his detailed account of the Six-Day War, Brezhnev cast a glance on the then divided Germany. Brezhnev was fully aware that despite its official stance of “neutrality,” the government of the Federal Republic of Germany (West Germany) had supported Israel.  As a matter of fact, officers of the West German Bundeswehr had cooperated, trained and equipped the IDF. Also, the Federal Republic was paying reparations to the State of Israel and surviving victims of the Holocaust. In May 1965, Bonn and Tel Aviv had established diplomatic relations.

On the contrary, the German Democratic Republic never accepted any moral or legal responsibility for the Holocaust. Instead, it sought diplomatic relations with the so-called Arab front states against Israel. Repeatedly the GDR spoke of an “axis” between Bonn and Tel Aviv. The propagandist use of the word “axis,” an expression used by Nazi Germany to document close relations with an ally, could be interpreted the GDR’s intention to delegitimize the Jewish State.

In his speech Brezhnev went even further and elaborated on a possible West German “Blitzkrieg” against the German Democratic Republic, just as Israel had beat the Arab armies. Therefore the USSR had to support and to protect the GDR by all means. The GDR took the lessons of the war in the Middle East seriously, too. Documents of the central archives of the SED prove how intensively the GDR analyzed the lessons of the June War. The GDR shared Brezhnev’s opinion, that the war in the Middle East was not the result of a regional conflict, but a consistent part of the US “global strategy” aimed at the Arab allies of the Warsaw Pact states.

In reality, the Johnson Administration did not support an Israeli attack against its Arab neighbors and the Federal Republic of Germany never planned a “Blitzkrieg” to smash the GDR.

From today’s perspective, Brezhnev’s speech is not only a key document on the Soviet Union’s position during the June War in 1967. It is much more. It gives an intimate view in the world of thoughts, based on an ideological and therefore misled interpretation of facts, of the then most powerful man in the Warsaw Block, Leonid I. Brezhnev.