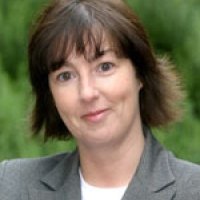 The language of Sino-Japanese friendship was not empty talk during 1972 normalization negotiations.

The documents relating to the negotiations in the run up to the signing of the 1972 Joint Statement between China and Japan—and their translation and publication in English—offer fascinating insights into the complex process by which formal reconciliation between the two sides was achieved some 27 years after the ending of hostilities.

A number of factors stand out in a close reading of the Japanese documents presented here. First is the time spent on discussions of third parties, in particular the US and Taiwan, in contrast to the relatively brief discussions of issues which have since come to dominate the bilateral agenda: the apology issue, reparations, and the disputed islands. The status of Taiwan was, of course, the most important factor, and one about which, as the documents show, much time was spent on hammering out a form of wording acceptable to both sides. Second is the importance of Japan’s domestic political situation, and the degree of familiarity (and, to an extent, sensitivity) the Chinese displayed with regard to the internal workings of party politics.[1]

One of the most interesting aspects for me, however, relates to the manner in which the negotiations (and pre-negotiations) were conducted, specifically:

This third point is especially noteworthy. Recent studies of trust and friendship in international relations, a relatively neglected area of scholarship, help to shed light on the Sino-Japanese normalization process. The documents reveal much about the ways in which both sides had come to regard each other, and the negotiations offer us a snapshot of the ways in which each side attempted to build trust and demonstrate their reliability and commitment through the iteration and reiteration of a friendship discourse.

The process of trust building is dynamic and iterative. In Michael Barnett and Emanuel Adler’s words:

Trust does not develop overnight but rather is accomplished after a lifetime of common experiences and through sustained interactions and reciprocal exchanges, leaps of faith…trial-and-error, and a historical legacy of actions and encounters that deposit an environment of certitude.

Applied to Sino-Japanese relations, trust properties of predictability, reliability, and empathy began to be actively nurtured in the early post-war period, and both sides demonstrated a willingness to reassure the other of their commitment to certain positions. In China’s case, this was the decision to pursue friendship with Japan with a view to normalizing diplomatic relations as soon as possible, and took the form of such policies as “benevolent amnesia” (i.e. a lenient approach to Japan’s war crimes), people’s diplomacy, and friendship trade. Japan, for its part, sought to reassure China (and other Asian neighbours) of its pacifist stance by adopting an exclusively defense-oriented posture, separating politics and economics as a means of re-opening trade channels, entering into the alliance with the United States (thereby putting the “cap on the bottle”), and adhering to the peace constitution. Of course, such reassurances and commitments were prone to disruption at times of domestic political problems in China (the Great Leap Forward and the Cultural Revolution), or when Japanese leaders took a pro-Taiwan position (Prime Ministers Kishi Nobusuke and Sato Eisaku, for example). When the domestic, regional, and global environments began to change in the early 1970s—not least with Nixon’s decision to recognize the PRC—Japan and China were in a good position to normalize their relations quickly.

Friendship, as a theoretical concept in international relations, has tended to be overlooked, but recent studies may also help us to better understand the many references to friendship that appear during the normalization process. For example, Andrea Oelsner offers a definition of international friendship as “both a relational and dynamic process made up of regular manifestations of mutual trust, shared affinities, and cooperation.” It is furthermore a “cumulative process of speech acts and institutional facts representing signs of engagement in, and proofs of, friendship” which work across elite and societal levels. China and Japan had already begun to put in place, informally at least, the institutional infrastructure of friendly relations with private trade agreements and cultural exchanges. The normalization process and signing of the Joint Statement in 1972 also provides us with examples of speech acts which further underscored the commitment of both governments to rebuilding amicable relations.

The documents published here begin at the point where significant progress has already been made towards an agreement of the principles of normalization during the meetings between Takeiri Yoshikatsu, the Komeito Secretary General, and Liao Chengzhi, Chairman of the Sino-Japanese Friendship Association, in July 1972. Zhou Enlai repeatedly expressed his appreciation of the role of Japan’s pro-China individuals and groups in facilitating good relations. He stressed the importance of friendship not just at a personal level but also between the Chinese and Japanese people and highlighted the fact that, unlike China-US relations, China-Japan relations had already begun to enjoy a revival of friendship exchange and trade since the end of the war (see also Document No. 2).

In addition to the many avowals of friendship, the negotiations were also characterised by a series of concessions and reassurances. For example, China’s decision to renounce the right to seek reparations (Document No. 1, Document No. 3) can be seen as a significant concession, which took the Japanese somewhat by surprise. Zhou Enlai clarified the reasons for giving up reparations during the second meeting with Tanaka Kakuei (Document No. 6), keen to emphasize that the decision was taken for the sake of friendship and to avoid causing hardship to the Japanese people (rather than it being due to the fact that Jiang Jieshi had already renounced reparations).

For their part, the Japanese offered various reassurances. For example, they assured the Chinese side that the United States would not stand in the way of normalization (Document No. 1). Tanaka also assured Zhou that Japan posed no threat in terms of its defense capabilities, reiterating the constitutional restraints placed upon the overseas deployment of its armed forces (Document No. 6). A recurring theme in China’s Japan narrative in the early post-war period had been the concerns about the possibility of a revival of Japanese militarism. When this issue was raised during Zhou and Tanaka’s third meeting, Tanaka gave it short shrift, claiming that militarism would never be revived, but also quipping that because of the low birth rate in Japan “the Japanese people will disappear in 300 years” (Document No. 7).

While the Senkaku/Diaoyu islands dispute has come to the fore of the bilateral agenda in recent years, at the time of normalization it was treated as a non-issue, at least by the Chinese side. In their second meeting, Zhou and Takeiri agreed not to touch on the Senkaku/Diaoyu islands issue (Document No. 2). Zhou also dismissed the issue rather peremptorily during his third meeting with Tanaka, reiterating that he did not want to discuss the Senkakus (Document No. 7).

In a study of the language of friendship in international treaties, Heather Devere, Simon Mark and Jane Virbitsky warn against taking the terminology of friendship at face value, since it “could also be a rhetorical device attempting to replicate the idea of a close relationship, in order to manipulate the other party into a falsely trusting position.” Similarly, some have argued that China was successful at creating an illusion of friendship when strategic interests were much more important.

Chinese and Japanese strategic interests were undeniably important in the normalization process (as demonstrated throughout these documents), but this does not preclude the possibility of a genuine interest on both sides to put the relationship on a more cordial and stable footing. The various references to Sino-Japanese friendship throughout the talks should not be dismissed as empty talk.

The final noteworthy aspect of the normalization talks was the lightning speed with which they were conducted. This was clearly due to a window of opportunity opening for both sides, and which both were keen to grasp: Japan’s general election, a pro-China prime minister willing and able to face down the opposition within his own party, the Chinese side wanting to act quickly in advance of the National Day, and so on. Without this particular mix of serendipitous ingredients, the process of Sino-Japanese normalization would no doubt have gone on for some years. The documents certainly offer us some rich-pickings for a deeper study of this pivotal event in Sino-Japanese relations, not least the way in which both sides employed friendship as a diplomatic method.

Professor of Sino-Japanese Relations at the University of Leeds, U.K.
Read More