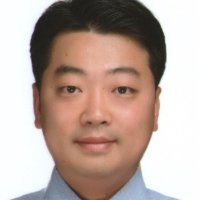 Youngjun Kim describes the diverse, still untouched records in the captured North Korean documents collection at the US National Archives, and how they can help scholars to give voice to ordinary North Korean people.

The Korean War is often considered a forgotten war, but in reality it is a hot topic, both in and outside of the academy. The world’s attention is often focused on the Korean Peninsula – whether it be modern Korean popular culture like K-pop, K-film, K-soap operas and Samsung mobile phones, or the whereabouts of North Korea's young leader Kim Jong Un and his summit with Donald Trump.

The 70th anniversary of the Korean War offers a chance to reflect and reexamine the conflict. While many wonderful books have been written about the war, there are still opportunities to deepen our knowledge about it by exploring heretofore untapped primary sources.

When I began my Ph.D. dissertation on the Korean War, I followed Bruce Cumings’ lead in utilizing a massive trove North Korean documents, available in Record Group 242 of the National Archives & Records Administration in College Park, Maryland. Cumings first used these documents in the 1970s, and they formed the basis for his legendary two-volume work, Origins of the Korean War. Since then, only a few historians scholars have used these primary sources in published research, including Charles Armstrong, Suzy Kim, and myself.

These records were captured by US forces as they advanced far into North Korea, including Pyongyang, in 1950. The documents were then sent to Tokyo to be analyzed by intelligence experts, and then to Washington to eventually find a home at the National Archives.

There are many diverse, still untouched records in the captured documents. Some of the most tantalizing sources for my own research were the application forms that young North Korean citizens submitted to Kim Il Sung University and the Korean People's Army. These forms include personal information, such as the applicant’s family and education background, as well as fascinating personal statements. I also found diaries, personal notes, military journals, and field manuals from the Korean Peoples’ Army.

Among the most interesting sources that I used in my book, Origins of the North Korean Garrison State: People's Army and the Korean War, were the letters, pictures, and diaries of young North Korean students who studied in the Soviet Union before and during the Korean War. Interestingly, the North Korean government did not call them back to participate in the war, even when the UN forces crossed the 38th parallel and occupied Pyongyang.

These records also included correspondence that young female students sent to their parents. In their letters, the authors do not come across as ideological young Bolsheviks – like they are often depicted in films, novels, and media of North Korea and the Korean War – but passionate dream-seekers who wanted to feed their families and aspired for meaningful careers. They wrote that they wanted to be teachers, writers, professors, party workers, nurses, and dancers in a new country. They did not necessarily care for Marxism-Leninism or Kim Il Sung's political ambitions. To the students, the most important thing was that the new country provided opportunities for upward mobility to young people who came from poor families and education backgrounds.

The letters reflect that the late 1940s and early 1950s were a golden era for the young sons and daughters of poor peasants because this class, especially poor young girls, did not have any opportunities during the Japanese colonial period and Chosun Dynasty. In my book, I described these student as Kim Il Sung's “kids” and the “new elite” of North Korea. They became the North Korean version of middle class, a cornerstone of the North Korean garrison state.

For many years American historians did not use the captured North Korean documents because of language barriers. This is changing due to advances in Korean studies in the United States. South Korean historians did not use them because of the politicization of historical studies of the Korean War and North Korea. This is also changing, in part because the Korean government has scanned and saved some of the documents in repositories in Seoul.

It is a time that we give voice to the truly “forgotten” aspects of the Korean War, such as ordinary North Korean people, and expand the historiography beyond its high Cold War dimensions. The millions of pages of North Korean documents provide a rich opportunity to do so.

Youngjun Kim is a Professor of National Security College at the Korea National Defense University, the author of "Origins of the North Korean Garrison State: People's Army and the Korean War," and a Member of the National Security Advisory Board for the Republic of Korean President's Office (Blue House).