Ceausescu and the Six-Day War: The View from Washington and London 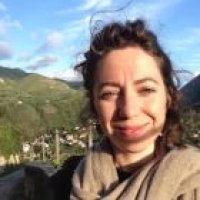 Romania’s neutrality in the 1967 Arab-Israeli War distinguished it from other Eastern bloc states. Yet there is a common misperception that Bucharest’s anti-Soviet animus drove its positions during the Six-Day War.

This view fails to place Romania’s behavior within a broader context. To be sure, anti-Soviet sentiments played a factor in Nicolae Ceauşescu’s decision-making, but Romania’s neutral stance in the Six-Day War was driven primarily by an interest in strengthening relations with the West.

What was Romania’s position? In June 1967, the Romanian Communist Party refused to sign the Warsaw Pact final communiqué regarding the Six-Day War and instead issued a separate declaration. In contrast with the rest of the communist world, Bucharest did not condemn Israel as an aggressor and even sought to maintain diplomatic relations with Tel Aviv.

The West took notice. One British diplomat remarked, “On other main international crises Romania’s attitude, although distinguished by nuances from those of other Communist countries, are not seriously out of line with them…But in the case of the Arab/Israeli dispute Romania’s policy is at odds both with the Soviet Union and the Warsaw Pact and with China not to mention Yugoslavia.”

This image of a non-conformist Romania did not emerge organically. Rather, it was a calculated move, promoted by Romanian propaganda and tied to Ceauşescu’s desire to be recognized as a world statesman and an honest broker. Although Ceauşescu’s behavior during and after the Six-Day War also meant to appeal to domestic audiences (who appreciated the Romanian leader’s anti-Soviet ethos), it was principally aimed at the West, including the United Kingdom and the United States.

British cables show that, as early as spring 1967, the Romanians had initiated a pro-Western diplomatic offensive. One British diplomat reporting from Cairo, W.H.G. Fletcher, told the British Foreign Office that the Romanians were eager to “widen their horizons” and “are now anxious to contact us and probably other western missions.” Around the same time, Hanbury Tenison at the UK Embassy in Bucharest reported that a Romanian counterpart had invited him to the most expensive restaurant in the city “for no other purpose than to appear friendly.”

US cables dispatched after the Six-Day War show concretely that Romanian foreign policy in 1967 was intended to appeal to American authorities. In July 1967, George Elian, the Romanian ambassador to The Hague, specifically advocated for closer relations between Romania and the United States during a meeting with an American diplomat. He stressed how the United States and Romania shared similar views regarding the Arab-Israeli dispute, and even revealed that Romanian ambassadors in multiple locations had been instructed to get in touch with their Western counterparts and convey a similar message. US ambassador to the Netherlands William Tyler reported to Washington:

Our talk was largely a strong plea by ambassador Elian for closer relations, and increased exchanges between Romania and the United States. He recalled that the Romanian position with regard to the Middle East crisis was close to that of the United States... He developed the Romanian policy with regard to the Middle East, claiming similarity of its basic assumptions to those underlying US policy.

Although Washington had already acknowledged the more autonomous course of Romania’s foreign policy (doing so as early as the Kennedy Administration), the Six-Day War acted as a watershed, boosting Ceauşescu’s rebellious image in the West. In the aftermath of the war, Romania became known as a “maverick” state within the Warsaw Pact. Both British and American diplomats placed great weight on Romania’s attitude in the Arab-Israeli conflict in 1967 and were determined to develop their ties with Bucharest.

Ceauşescu himself gained international acclaim, setting the stage for his role as facilitator in the Arab-Israeli dispute. Maintaining relations with both the Arabs and the Israelis fit Romania’s rhetoric of establishing relations with all countries, no matter the ideology, and allowed Ceauşescu to portray himself as an “honest broker” despite the embedded antagonism of the Cold War.

But was Ceauşescu successful in the long-run?

Retrospective accounts from the Americans and British cast some doubt on Ceauşescu’s abilities as an Arab-Israeli mediator. In 1986, CIA analysts concluded that “there is little evidence that Ceauşescu did more than push each leader to deal directly with the other.” A 1972 account from a UK diplomat claimed Romania was more focused on its image than achieving results. “President Ceauşescu seems to have gone out of his way to convey the impression to the world at large that Romania was playing some role as intermediary between the Egyptians and the Israelis.”

Regardless of Ceauşescu’s actual impact on the Arab-Israeli peace process, his endeavors may be perceived as successful if we consider Romanian foreign policy priorities as promoting the image of an honest power broker and increasing Romanian international prestige.