The Center for Urban History of East-Central Europe: History and Context of a Digital Archive 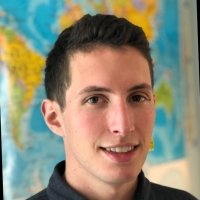 By Lucien Turczan-Lipets on February 5, 2021

What can a cityscape teach us about a nation's history? Lucien Turczan-Lipets explains how a unique archive in L'viv, Ukraine uses an interactive street map of the city to connect Ukraine's past to its present.

The Center for Urban History of East Central Europe in L’viv, Ukraine, isn’t a traditional brick-and-mortar archive. Rather, its Art Nouveau building at 6 Bohomoltsia Street, remodeled combining “modern interior design with the sensitive handling of historical substance,” houses a café bustling with students, scholars, and visitors, in addition to a library and conference room for visiting researchers and interested members of the public. While the building and the center it houses have become well known for their connection and attention to the city of L’viv’s history, the Center for Urban History’s website is even more impressive.

From the home page, users can access many different digitized resources, ranging from historical photographs of the cityscape of L’viv to oral histories, maps, and images of many buildings in the city with historic context included to reflect the city’s multiethnic past and position in successive Polish, Russian, Nazi German, Soviet, and Ukrainian states. The L’viv Center is a new paradigm for archives in Eastern Europe with a mission to “support innovative research endeavors along with public outreach.” It presents a departure from the static and relatively inaccessible presence of archival documents in traditional homes of historical documentation like the Central State Historical Archive in L’viv.

L’viv was once home to a multiethnic population of Poles, Jews, Ukrainians, and others, but after successive wars, population transfers, and genocide, it is now the largely ethnic Ukrainian hub of western Ukraine. Although “conceived with much unease regarding the presence of a research institution perceived as foreign,” the L’viv Center was founded in 2004 and shaped in its early stages by Dr. Andriy Zayarnyuk as the Center’s first academic director, Dr. Ostap Sereda from the Krypyakevych Institute for Ukrainian Studies at the Academy of Sciences as its chief external advisor, and Dr. Harald Binder as the initiator and founder of the institution. The anxiety of a new independent research organization, without strong links to the government, amid the corruption and instability of the late Kuchma years in Ukraine soon dissipated in the wake of the 2004 Orange revolution as the Center made a name for itself in the city. It began to illustrate the emergent strength of civil society in Ukraine, especially concerning projects on the local level. In 2006, the Center moved to its remodeled building and since then has steadily expanded its resources, filling out the space of its mission to support innovative research in urban history along with public outreach.

The Urban Media Archive is one of the central pillars of the Center’s collection. Containing thousands of images, film clips, maps, and oral histories, the online database even holds documents from the state archive, organized and catalogued by the Center itself. While the Urban Media Archive resembles much more common online archives, the L’viv Interactive, Streets of L’viv, and Kyiv Interactive pages use the map of the city as an index for the resources available. After cataloguing information about various spaces in the city, such as buildings, streets, squares, parks, and formerly occupied lots, the center created a dense encyclopedic web of dots overlaid on the map of the city.

Users can click on a dot – a building, for example – see an image of its front and read about its history, using links to connect to larger thematic narrative articles about neighborhoods in the city and historical events key to the fabric of the city across space and time. The Streets of L’viv section uses its map as well to trace the name changes of the city’s streets over decades of Polish, Soviet, German, and Ukrainian rule.

These multilateral connections between the archival documentation projects and its other work are key to the Center’s mission. On a basic level, the website guides users to make connections between the archive and larger historical narratives. Searching on the map, users can organize results by theme (Jewish L’viv, Literary History, World War II, the Soviet Occupation, the Socialist City among others) or by type of space (building, monument, cemetery), or by spheres of life (military, civil society, trade, culture and entertainment) and finally by timeline. This commitment to connectivity and living history spills into aspects of the Center’s work outside of the digital realm as well. Conferences with Ukrainian and international scholars, workshops, educational programs for Ukrainian students at the high school or university level, exhibitions across the city, programs in American universities, in addition to its online platform all serve to make the archive more accessible.

The L’viv Center’s strength also lies in its ability to connect the specific to the global and vice-versa. Recently, researchers using the archive have focused on the Soviet history of the city as one of the many facets of its past. In 2015, Dr. Tarik Cyril Amar published the monograph "The Paradox of Ukrainian Lviv: A Borderland City between Stalinists, Nazis, and Nationalists” (Cornell University Press) that was also a part of his research from 2007 to 2010 while he was the Center's academic director. The current director, Dr. Sofia Dyak’s Ph.D. thesis compared the post-war experience, spatial perceptions, and visions of the cities of L'viv and Wrocław, both characterized by changed borders and forced population displacements during and after World War II. Emerging from the historical image of L’viv as a multiethnic space within and on the edge of successive states is the ability to use the city, via the Urban History Center, as a case study on issues of ethnic cohesion, shifting borders, and ethnic violence.

The center’s local focus and international reach reflect the ways that scholars can use the history of L’viv and East Central Europe as a lens through which to examine local histories in other regions and global trends as well. This model is what makes the center so exciting: the ability to create collaborations across disciplines, genres of historical data, cities, and regions to bring to life an image of the past that is too often seen only in the dull gray shades of the traditional archival document. It is a model that can also be adapted to the needs of other digital archives, making way for further innovations in independent historical research and connection between a living community and its history.