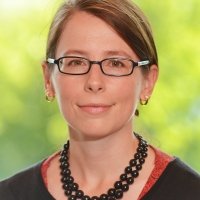 Cotton subsidies have long been seen as a symbol of the injustice of the international trading system. The subsidies provided by richer countries give their farmers an artificial advantage in global markets, while depressing global prices and undermining the livelihoods of farmers in low-income countries, many of whom struggle in conditions of severe poverty and hardship.

High-profile campaigns by international development organizations like Oxfam have highlighted the devastating effects of cotton subsidies for millions of poor farmers in the developing world, prompting calls for stricter global trade rules at the World Trade Organization (WTO) to eliminate such subsidies.

The global campaign to reduce cotton subsidies has often been characterized as a David-and-Goliath-like struggle by some of the world’s poorest farmers against the world’s richest and most powerful countries.

Over the past decade, China provided a massive $41 billion in cotton subsidies - almost six times more than the $7 billion provided by the United States. China alone accounts for nearly three-quarters of all cotton subsidies worldwide.

China's cotton subsidies are exacerbating hardship in some of the world's poorest countries.

Cotton is of crucial importance to the "Cotton-4" group of West African cotton producers (Mali, Chad, Benin, and Burkina Faso), as well as many other developing and least-developed countries in Africa and throughout the world. These countries depend heavily on cotton exports for employment, government revenue, and foreign exchange.

Cotton is one of the most important export crops in sub-Saharan Africa, with some 15 million people directly dependent on it for their livelihoods. Burkina Faso, for example, which has an average income of just $790 per year, relies on cotton for 59 percent of its export revenues.

Cutting subsidies would boost cotton prices and incomes for poor farmers, and lead to a significant shift in production to African countries.

African cotton producers are among the world's most competitive, but they face lower prices and unfair competition due to heavy subsidies in richer countries. Cutting subsidies would boost cotton prices and incomes for poor farmers, and lead to a significant shift in production to African countries.

Today, however, cotton prices depend more on decisions made in Beijing than Washington. As the site of over half the world's textile production, the world cotton market now revolves around China. Given its extraordinary market power, cotton farmers around the world are at the mercy of Chinese government policy.

Like the United States, China is a relatively inefficient cotton producer, with production costs roughly four times those of some African countries. But subsidies have made China one of the world's largest cotton producers.

China's heavy subsidies and import barriers cause significant economic pain to poorer and weaker countries. While China remains a developing country, it is vastly richer than the African cotton-producing countries, with a per capita GDP of over $10,000 compared to an average of just $900 among the Cotton-4.

China claims that its cotton subsidies are intended to foster its own rural development. However, there are alternative policy mechanisms that China could use to achieve that objective without the harmful spillover effects of its current policies. These include providing direct income payments to farmers delinked from production, or investing in rural health care and education.

In reality, China’s subsidies are driven by political and strategic motives and specifically targeted at encouraging cotton production in the northwestern region of Xinjiang. More than 85 percent of China’s cotton production is located in Xinjiang, where large, government-owned or operated cotton farms dominate. Xinjiang is home to China’s Muslim Uighur minority, and most cotton there is grown by the Xinjiang Production and Construction Corps (XPCC), a paramilitary agro-industrial conglomerate.

The XPCC controls vast tracts of land and has been an important part of the Chinese government’s strategy for asserting its dominance over the territory and the Uighur population, over 1 million of whom have been imprisoned in mass internment camps. The XPCC has been sanctioned by the U.S. Treasury Department for severe human rights violations and abuses, including using forced prison labor to work in the cotton fields, as well as throughout the cotton and apparel supply chains in Xinjiang.

Channeled towards Xinjiang and entities like the XPCC, China's cotton subsidies are part of the government's efforts to exert internal control over the region.

Farms operating under the umbrella of the XPCC produce around a third of all cotton grown in China. Channeled towards Xinjiang and entities like the XPCC, China's cotton subsidies are part of the government's efforts to exert internal control over the region.

Led by African states, developing countries have been pushing for a new pact at the WTO to eliminate cotton subsidies. But China has refused to reduce its subsidies. Instead, it continues to insist that all blame for the cotton problem lies solely with the United States and other rich countries.

It is true that U.S. subsidies, which increased significantly under President Trump, undoubtedly remain part of the problem. However, it is clearly no longer enough to just go after U.S. subsidies.

China is now the primary source of the cotton problem. Without tackling China's subsidies and other harmful trade practices, any effort to improve the plight of poor cotton farmers globally is doomed to fail.

Kristen Hopewell is Canada Research Chair in Global Policy at the University of British Columbia and the author of Clash of Powers: US-China Rivalry in Global Trade Governance.