Austin Jersild writes about the arrests and deportations of Koreans and Chinese under Stalin which transformed a city and region in the Soviet Union.

Image: A merchant in the Millionka. Source: Obtained by Austin Jersild from the State Archive of Primorsk Region (Gosudarstvennyi arkhiv Primorskogo kraia), Vladivostok.

Chinese population growth in Northeast China increased from 408,000 in Heilongjiang Province in 1887 to 1.5 million by 1895, and Chinese migrants crossed the border into the Russian Far East to work on the construction of the Trans-Siberian Railway, at the port in Vladivostok, and in agriculture, forestry, and mining in small towns and rural settlements.

A census in 1910 counted 98,149 Chinese in the Russian Far East, but this figure did not account for the extensive cross-border labor migration that likely made the figure twice that.[1]  The 42,535 Chinese workers in various industries in the oblasts (regions) of Amur and Primorsk made up 41% of the entire laboring population.  Chinese communities and Chinese communal institutions were by this time part of all the larger Far Eastern towns in the Russian Empire, such as Khabarovsk, Vladivostok, Blagoveshchensk, and Ussuriisk.[2]

Chinese settlements were significant near the border, which alarmed both tsarist officials before 1917 and Soviet officials in the 1930s.  War, revolution, and civil war (1914-1921) drove many Chinese away, as did Soviet efforts to secure the border against seasonal migration.[3]

In 1937 roughly 24,600 Chinese lived in the Far East, and at least half of them in the city of Vladivostok.[4]  Most of them lived in the “Millionka,” or “Vladivostok’s Chinatown,” as Oksana Sarkisova puts it, many of them in apartment buildings described and photographed here in materials from the State Archive of Primorsk Region (Gosudarstvennyi arkhiv Primorskogo kraia [GAPK]) in Vladivostok.[5] 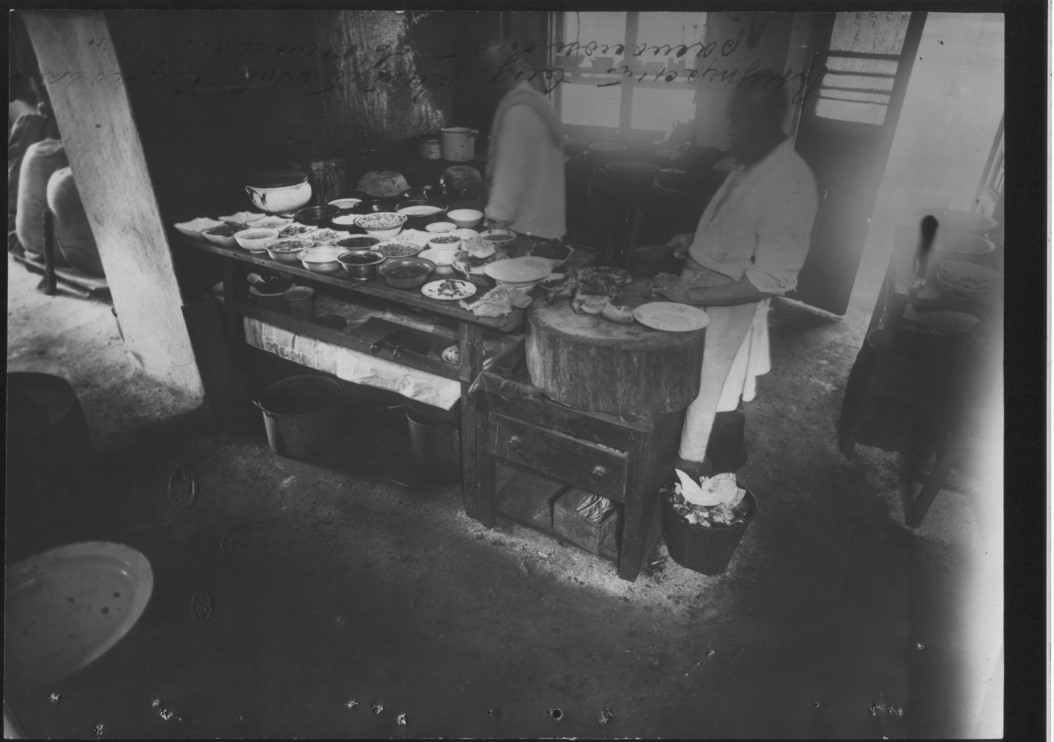 By the 1930s the Chinese in the Millionka found themselves subject to the mix of sentiments and fears shaping the precarious new revolutionary state, especially along its many frontiers.  Soviet nationalities policy featured the “simultaneous pursuit of nation-building and nation-destroying,” explains historian Terry Martin.[6]

Soviet policy was to allow for a true “friendship of peoples” committed to socialism, marked by the cultural flowering of ethnic groups historically persecuted by the bourgeoisie and the “prison of peoples” that was supposedly the Russian empire.  The first document, from the Kremlin and signed by Politburo member Mikhail Kalinin, communicates worry about the “lack of a network of national schools serving the Chinese and Korean population,” an institution presumably crucial to the reproduction of a reliable Soviet citizenry cognizant of their civic duty, and advocates the recruitment of more Koreans and Chinese into the Soviet administrative system. 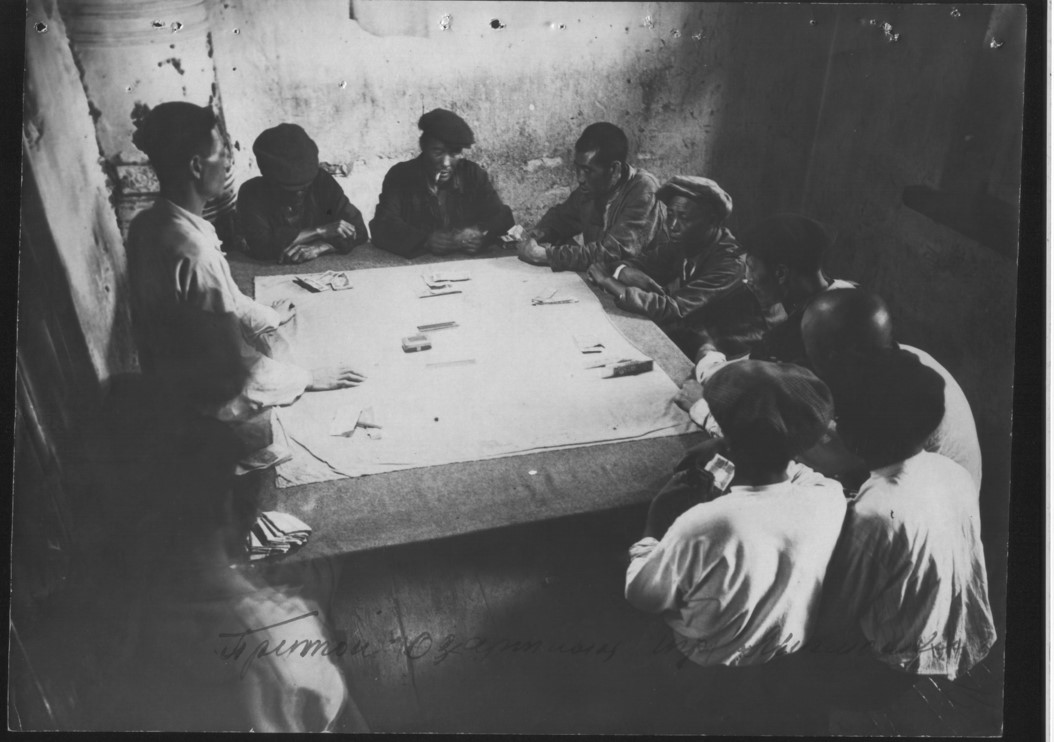 The second document is a reminder of the darker tradition described by Martin, the practices of persecution and deportation catastrophically employed against ethnic groups like the Koreans and Chinese in 1936-38.

This tradition was also frequently evident well before the late 1930s in the Russian Far East.  Like the written reports, the photographs were similarly offered by security officials as “evidence,” visual material designed to illustrate the dangers of Chinese practices and activities.[7]  The Bolsheviks struggled against both their “ideological rivals” (“White Guard elements,” “counterrevolutionary professors and students,” “active SRs and Mensheviks,” “monarchical organizations”), points out Russian historian E.N. Chernolutskaia, as well as examples of what it viewed as “criminal banditism” and illegal forms of economic activity.[8]

“Kulak exile” in the early 1930s provided another example of forced population movement.  As in the empire of the tsars, the Soviet regime especially worried about the “reliability” of non-Russian populations near the borders of rival powers, which meant not just Koreans and Chinese in the Far East but Poles, Germans, Latvians, Estonians, Finns, and others in the western part of the Soviet Union.  Suspect nationalities and their potential connections to rival states were especially feared by the regime.  Instead in the Far East the Soviets visualized a land ripe for ethnic Russian colonization and transformation.[9] 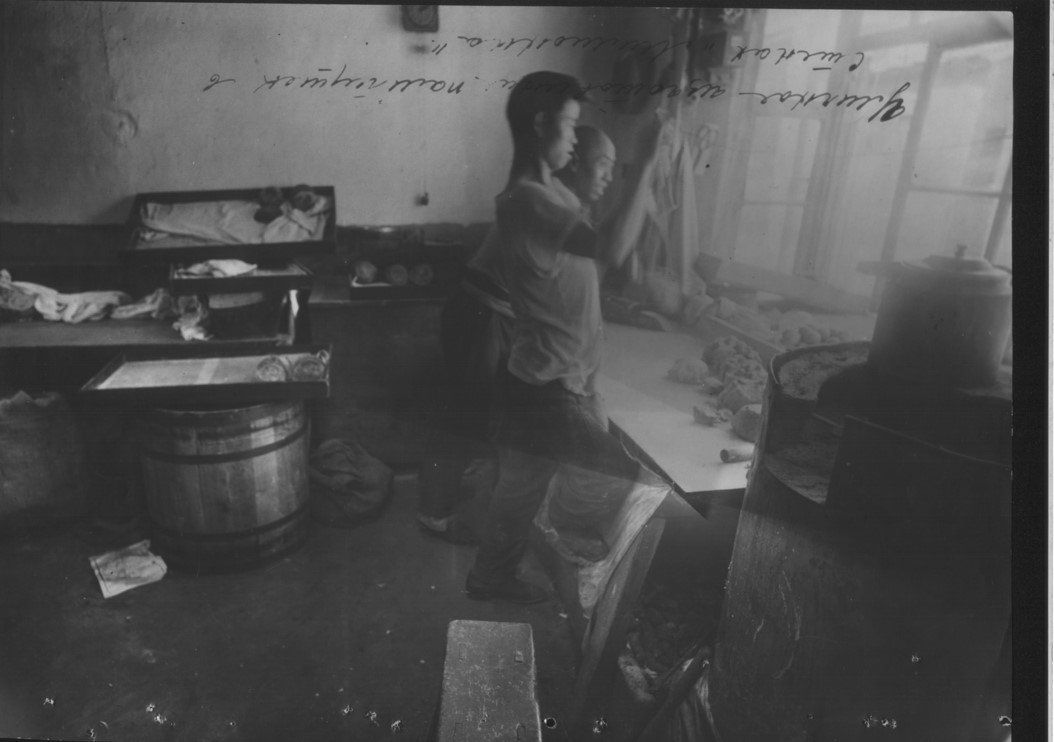 Perpetual population movement was accompanied by an effort to restrict it, one of the central features and paradoxes of Russian history.[10]  The new passport regime announced in a Politburo decree of 15 November 1932 was glorified among officials in the Far East as a means of securing the region against the Japanese from abroad and the “unnecessary and hostile people” at home.[11]  The Japanese acquired a sphere of influence in southern Manchuria after their defeat of Russia in 1905, and by 1932 had brought all of Northeast China under military occupation.[12]  Small scale military conflict along the border with the Soviet Union was common in the 1930s.[13]

The precarious Chinese Republic was in no position to worry about the fate of Chinese in the Soviet Union, and in 1937 Chiang Kai-shek and Stalin signed a treaty pledging peace between the two powers.[14]  The Soviet decree of 2 July 1937 announced the necessity of repressions directed at “nationals.”  The regime was now identifying its enemies by “ethnic origin,” notes Chernolutskaia.[15]  Suspect “diaspora nationalities were labeled enemy nations,” writes Terry Martin, and subject to the practices of deportation and exile developed by the NKVD.[16]

By October 1937 171,781 Koreans were deported from the Soviet Far East.[17]  NKVD head Nikolai Ezhov’s order to “[i]mmediately arrest all Chinese, regardless of their citizenship, who are engaged in provocative activities or have terrorist intentions” was issued 22 December 1937.[18]  Within a year 11,198 Chinese in the Far East faced deportations to China, Kazakhstan, and surrounding rural areas.[19] 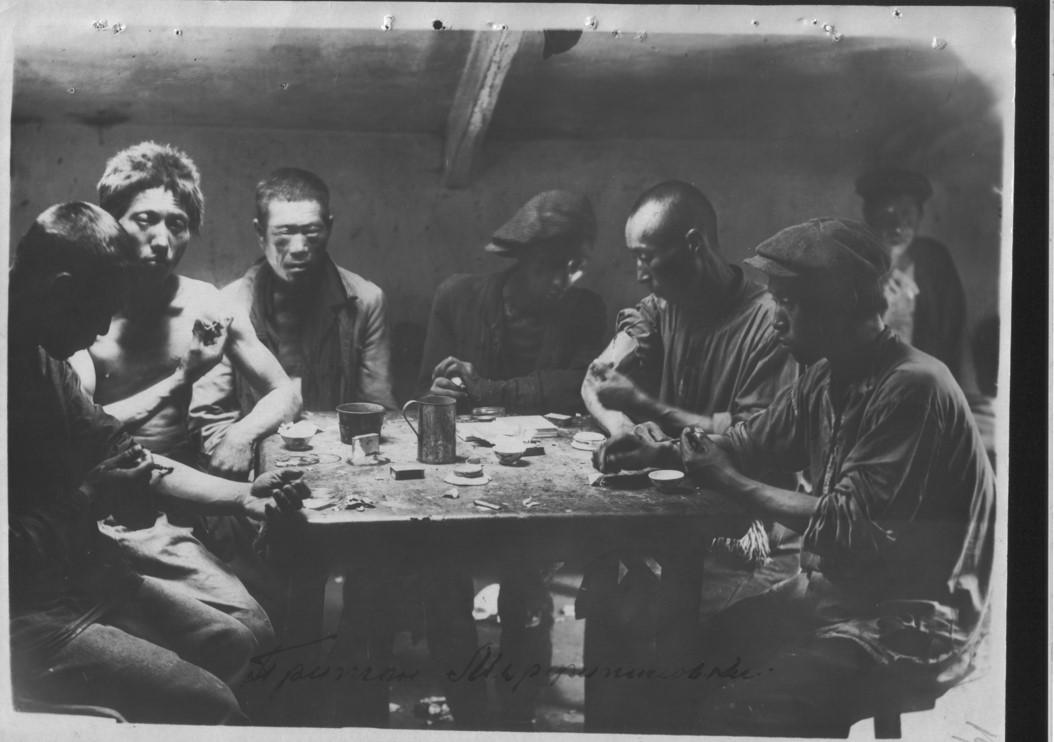 Bol’shaia (Big) and Malaia (Little) Millionka were in the center of Vladivostok, on the streets of Kolkhoznaia, Pekinskaia, and Koreiskaia.  Related and smaller structures, some of them referred to in the second document, were on the nearby streets of Utkinskaia, Batareinaia, Naberezhnaia, and others.  The structures were frequently overwhelmed by people, with in some cases a building for 150-200 inhabited by 400-500, many of them presumably unregistered and illegal visitors.

Soviet officials frequently portrayed the Millionka as host to narcotics trafficking, opium dens, and prostitution networks, and portrayed the area as unsanitary, dangerous, and a massive fire hazard.  Chinese practices and supposedly ingrained Chinese characteristics justified the measures being prepared by the NKVD. 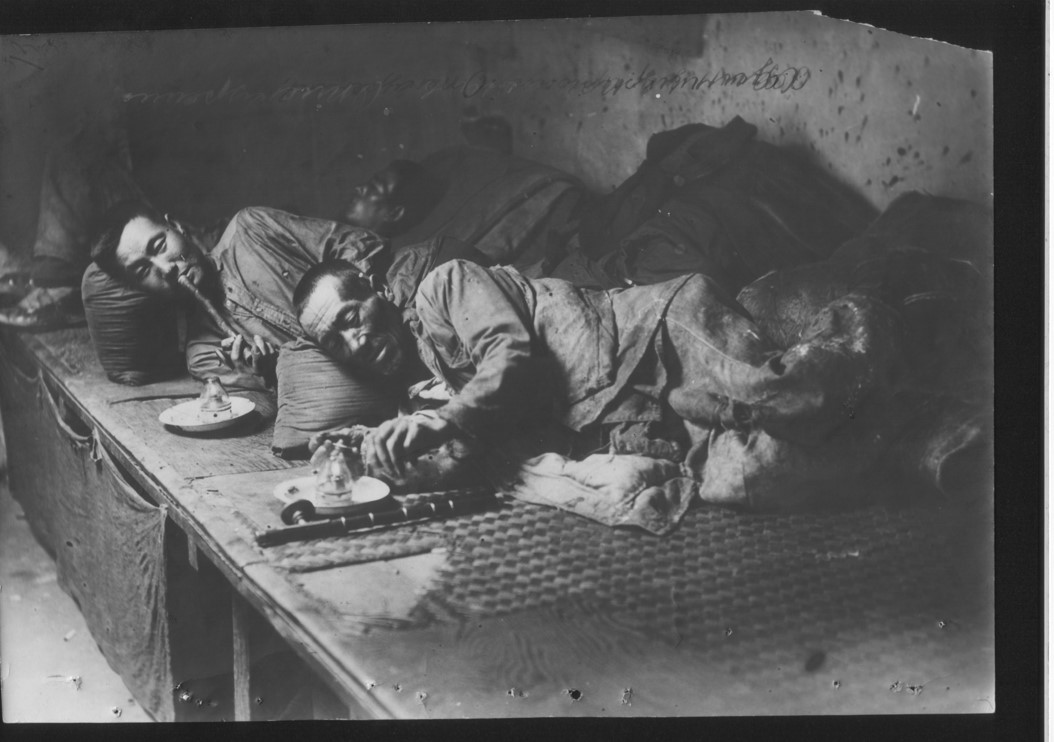 The passport campaign was designed to address threats from abroad:  NKVD official Ia.S. Vizel’ claimed in March 1936 that he had identified 12 Chinese in the Millionka who were conducting espionage on behalf of Japan, surveying the defense capabilities of the Primorsk region.  The NKVD proceeded to arrest and deport thousands of Chinese in Vladivostok, sending 4,202 people to China, arresting many others, and dispersing the rest to nearby areas in the Russian Far East.  Vizel’ reported in December 1936: “As of today Big and Little ‘Millionka’ no longer exist.”[20]

The center of the Chinese community in Vladivostok was gone, but as Chernolutskaia points out, the practices and customs of the Millionka as a “social phenomenon” continued among the smaller communities of Chinese left in the Russian Far East.[21]

The arrests and deportations of Koreans and Chinese under Stalin transformed a city and region only today recovering the fascinating multi-ethnic heritage evident in these materials, as well as the old debates and fears about the geopolitics of Chinese immigration to the Russian Far East.[23]

[5] Oksana Sarkisova, “Taming the frontier:  Aleksandr Litvinov’s expedition films and representations of indigenous minorities in the Far East,” Studies in Russian and Soviet Cinema, vol. 9, no. 1 (2015), 6.

[15] Chernolutskaia, Prinuditel’nye migratsii na sovetskom dal’nem vostoke v 1920—1950-e gg., 227.  On the propensity of the Soviet regime to associate “particular behaviors and ways of thinking” with a “permanent identity” passed on through the generations, see Eric D. Weitz, A Century of Genocide:  Utopias of Race and Nation (Princeton:  Princeton University Press, 2003), 73.