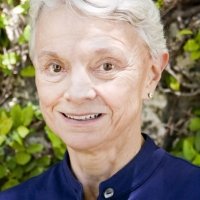 The road to the 1972 Sino-Japanese normalization.

The road to the 1972 Sino-Japanese normalization

Japan’s desire to normalize relations with the People’s Republic of China long antedated the 1972 initiative.

Indeed, its first post-war prime minister, Yoshida Shigeru, had to be dissuaded from doing so by American pressure. Chinese archives declassified in 2015 reveal that in 1964 there were repeated contacts between Chinese and Japanese envoys in third countries that included Switzerland, Burma, and Romania. Presumably the chaos of China’s Cultural Revolution, during which its foreign ministry basically ceased to function, aborted these initiatives.

By the early 1970s, with a semblance of normalcy having returned to China, conditions seemed conducive to a resumption of these efforts. They were given added impetus by several other factors.

First, many other countries were normalizing relations with the PRC, and Japan did not want to be left out. Second, China’s renewed commitment to economic development made Japan’s giant corporations eager to move into this large, potentially lucrative market. And last but not least, U.S. President Richard Nixon, in contravention of a specific understanding with its Japanese ally that there would be prior consultation on such matters, suddenly revealed that he had been secretly negotiating with Beijing on recognition.

China rebuffed signals from incumbent Prime Minister Satō Eisaku, stating that under no circumstances would it deal with him, although it would be open to initiatives from his successor. Satō’s resignation in July 1972 and his replacement by Tanaka Kakuei, from a different faction of the ruling Liberal Democratic Party (LDP), removed this impediment. The next issue, which forms the background of the recently published normalization documents, would be negotiating with Beijing on the specific conditions under which it would agree to normalize diplomatic relations.

The first document of the series concerns a July 27, 1972 meeting between Takeiri Yoshikatsu, leader of a Japanese opposition party, the Komeitō and Chinese Premier Zhou Enlai. That an LDP prime minister would choose an envoy not from his own party may seem curious, and deserves a closer look. In fact, Takeiri had been a personal friend of Tanaka for many years. Moreover, his party advocated closer ties with the PRC, a stance that almost cost Takeiri his life: less than a year before the meeting, he had been stabbed several times by a young man who objected to Komeitō’s China policy. Hence Takeiri’s sincerity as an intermediary could not be doubted.

According to a twelve-part memoir published in the Tokyo mass circulation daily Asahi between  August 26 and September 18, 1996, Takeiri paid his first visit to Beijing in June 1971 hoping to advance relations between his own party and Beijing—i.e. not on behalf of the government—but with no results. Just as he was about to return to Japan, Zhou Enlai called him in and the two established a cordial relationship. In April 1972, Tanaka, through an intermediary, informed Zhou that, if elected, he would actively pursue normalization; Zhou replied that the next prime minister would be welcome in Beijing to discuss the matter, provided he agreed to three principles:

Though not mentioned in the three principles, several other issues of major concern in the negotiations were war guilt, reparations, and the contested Senkaku islands, called the Diaoyu in China, which were under Japanese jurisdiction but recently claimed by the PRC after a United Nations survey raised the possibility of lucrative oil and gas deposits in nearby waters.

On the same day that Tanaka became prime minister, July 7, Asahi reported that Zhou had communicated with Tanaka through an unidentified mutually trusted ally, putatively Takeiri.  Secrecy was important. Tanaka was in a difficult position, since the LDP had many pro-Taiwan supporters, and he feared for the stability of his newly-formed cabinet. This is reflected in Takeiri’s July 27 statement to Zhou that he was quite conflicted about bringing the details of a prior discussion with head of the Sino-Japanese Friendship Society, Liao Chengzhi, to Tanaka and Foreign Minister Ohira Masayoshi.

Zhou indicated his understanding of Tanaka’s position, but stated that it would be beneficial for Tanaka and his party if normalization were to be effected before the next general election. Bilateral trade would increase, and Japanese women who had married Chinese men would now be able to visit their families in Japan. He also expressed concern that former Prime Minister Satō and his brother, former Prime Minister Kishi Nobusuke, were trying to create a two-Chinas policy, i.e. advocating recognition of both China and Taiwan, that Beijing could never agree to.

These concerns aside, Zhou asked Takeiri for confirmation that Chiang Kai-shek’s government was preparing to vacate the ROC’s embassy in Tokyo, which Takeiri confirmed. Takeiri also stated that as soon as diplomatic relations were resumed, the Japan-Taiwan Treaty would be nullified. In a later meeting, Zhou stated flatly that, after the Vietnam War, the US will withdraw completely from Taiwan; and has agreed that resolution of the Taiwan issue is to be decided by China. Assuming that the premier spoke truthfully, these statements were presumably derived from conversations with U.S. envoy Henry Kissinger. At a later point, Takeiri asked if he could convey this information to Tanaka and Ohira; Zhou agreed but told them not to ask the United States about it.

Zhou offered concessions to give Tanaka and Ohira “peace of mind”: the joint declaration need not touch on the Japan-U.S. Security Treaty, to which China had expressed its opposition, nor mention the Nixon-Satō declaration of 1969 concerning the need to maintain peace and stability in the Taiwan Strait. Zhou also promised that China would make no difficult demands, and that China would never seek hegemony. Takeiri seemed to seek reassurance on this point, adding that he trusted China will never become a superpower.

Zhou promised Chinese support for Japan recouping control of the southern Kuril Islands, seized by the USSR after World War II.  His demand for an innocuous-sounding peace treaty, quickly agreed to, would later prove contentious when the PRC insisted on including an anti-hegemony clause that was plainly directed against the Soviet Union. Japan, unwilling to be drawn into Sino-Soviet hostilities, resisted. Not until 1978, with the inclusion of a clause stating that the agreement would not affect the relations of either party with other countries, was the treaty signed.

Takeiri’s visit having laid the groundwork, negotiations proceeded to more formal levels. On war guilt, discussed in late September between Tanaka and Zhou with their principal foreign advisors present, Zhou declared his willingness to accept Tanaka’s statement of regret over the misfortunes of the past, but not the wording that his country “caused trouble for the Chinese people,” explaining that the Chinese word mafan is used only when referring to trivial matters. A compromise was reached with the phrase fukai no hansei no nen (deeply reproaches itself) a somewhat stronger form of apology.

Zhou agreed to waive reparations, explicitly saying that this was to be considered a gesture of friendship and not because Chiang Kai-shek, as the head of the then-recognized legal government of China, had done so. Like the disputed islands issue, this was to return later. While the Chinese government did not repudiate its previous position, it announced that it would not prevent private groups from demanding compensation for their suffering during the war. Numerous anti-Japanese demonstrations ensued, amid suspicion that government encouragement had played a part in them. Similarly, after Sino-Soviet, and later Sino-Russian, relations improved, China quietly withdrew its support for Japan’s claim to the southern Kurils.

Zhou indicated to Tanaka that, although dissatisfied with the Japan-U.S. Security Treaty, he would not object to its continuation.  However, since the treaty would be helpful in containing Soviet expansion, this was hardly a major concession given the tension between China and the USSR at the time. Zhou closed by saying that other existing issues, including the contested Senkaku/Diaoyu islands could be put off. Tanaka affirmed that both he and Ohira agreed that diplomatic normalization must be accomplished ahead of other outstanding issues.

Tanaka, known as the computerized bulldozer for both his grasp of public policy issues and his tenacity, was able to overcome strong opposition in the conservative wing of his party to the extent of being assured of Diet support for the normalization legislation, a sine qua non that Foreign Minister Ohira had a difficult time persuading his counterpart Ji Pengfei was truly necessary. At what the documents describe as their third and most important meeting, an apparently incredulous Ji several times asked why a treaty concluded through negotiation nonetheless had to be approved by parliament: Ohira replied that without Diet ratification, “it is the same as a scrap of paper.”

It was assumed on both sides that, although Japan was clearly the stronger power at the time, the Japanese prime minister would journey to Beijing for the signing of the agreement rather than Mao Zedong or Zhou visiting Tokyo. And so it was that, at the end of September 1972, in an entourage that reminded some observers of the ketou (kowtow) diplomacy of the dynastic era in which barbarian leaders affirmed the primacy of the Chinese emperor and presented rare gifts, Tanaka, accompanied by a veritable Noah’s ark that included chimpanzees and black swans as well as advisers and a large press corps, set forth for Beijing. The normalization agreement was formally signed in September 29th, just in time for triumphant ceremonies commemorating the 23rd anniversary of the founding of the PRC.

Our understanding of the tortuous process leading to the normalization of Sino-Japanese diplomatic relations is greatly helped by the Japanese government’s declassification of these memoranda of conversations. Hopefully the Chinese side will soon release its own version of the conversations to provide further clarification.