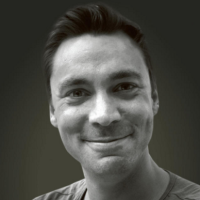 In 1974, the Dutch intelligence service teamed up with the CIA after Japanese terrorists took the French ambassador hostage in The Hague.

The CIA and the Japanese Red Army in The Hague

Late in the afternoon of 13 September 1974, three armed men stormed the French embassy in The Hague. In an emergency call to the police, a woman with a heavy French accent said that “crazy Japanese men” were “running around with guns.” Responding police officers were immediately shot at. When a female officer was critically wounded, the police retreated.

Ten minutes later, the perpetrators identified themselves in a confusing mix of English, French, and Japanese to the Dutch police, who barely spoke English. The hostage takers were members of the Japanese Red Army, an international terrorist organization with a violent track record: in addition to multiple hijackings, the group attacked an Israeli airport in 1972, wounding 75 and killing 25 people.

In return for the release of 11 hostages, who included the French ambassador to the Netherlands Jacques Senard, the Japanese Red Army demanded the release of their comrade Yutaka Furuya from a French prison, one million US dollars, and a safe passage to an airport of their choice.

The perpetrators settled for Furuya, a bus to Schiphol airport, 300,000 dollars in cash, and a fully-fueled Boeing with pilot and crew. They released all hostages unharmed on September 17th and surrendered their weapons (except for two pistols).

The 1974 attack on the French Embassy has been studied by journalists and academics, but its intelligence dimensions have been largely ignored. Archival findings I published together with my colleague Dr. Cees Wiebes in our book chapter “Mutual appreciation and friendship: the Dutch-American intelligence liaison in the 1960s and 1970s” show just how close the American-Dutch intelligence relationship was during this period.

Cooperation between the Central Intelligence Agency and the Dutch domestic security service, the Binnenlandse Veiligheidsdienst (BVD), had been established since the late 1940s and proved indispensable during the hostage-taking. Howard T. Bane, CIA chief of station in The Hague, volunteered the use of his office at the American embassy to the Dutch authorities—helpfully, it looked directly onto the French embassy across the street.

From interviews Wiebes held with former station chiefs, it became clear that Bane spent most of the five day crisis in his office. A camera and microphones were installed and the CIA contributed SIGINT and COMINT resources towards the monitoring effort. A silent drill was flown in from Langley, which the Dutch could use (but in the end, did not) to surreptitiously bug the room where the hostages were held.

Bane also helped the BVD to get in touch with The Hague station of the Direction Générale de la Sécurité Extérieure (DGSE), the French intelligence service. In an interview, Bane even said that some intelligence officers of the DGSE were flown in from Paris.

According to the interviews, Bane also made sure that all the outgoing and incoming telephone calls were intercepted, translated, and traced. Where the BVD lacked the capacity to identify telephone numbers from the Middle East, the CIA helped out. Flash telegrams (the highest priority) were dispatched to the Federal Bureau of Investigation (FBI) and the Defense Intelligence Agency (DIA) to discuss scenarios to end the hostage situation. Washington advised strongly against using a narcotic gas in the air conditioning and against using sleeping pills in the food of the hostages, for example. Close Dutch-American cooperation in counterintelligence thus continued in the counterterrorism domain.

In the end, Dutch Prime Minister Den Uyl opted against violent intervention. He hoped to end the crisis through negotiation, an approach that succeeded only by giving in to most of the perpetrators demands.

Recent declassifications reveal other interesting details. For example, it is now clear that in the aftermath of the hostage crisis, the French prime minister had instructed the head of the domestic security service DST (Direction de la Surveillance du Territoire) to do his own research on the hostage case in The Hague. It has also come to light that the Dutch security service talked to several journalists after they reported on the hostage crisis. In addition, a recent finding in a private archive reveals how BVD case officers queried their sources for relevant intelligence and used their media contacts to prevent information that might harm the security of the hostages from being published.

In another declassified report, the BVD claimed that it had 60 employees working in 24-hour-shifts. The security service argued that its activities were meant to help the government bring an end to the crisis, and therefore it had worked ‘to identify the three Japanese terrorists’, it had investigated whether the terrorists ‘could rely on local support’, and it had offered ‘technical support’. Maintaining liaison with the relevant foreign services also contributed to this end.

These records unveiled the intelligence dimension of the Hague hostage crisis, a story which will be more fully told once when the General Intelligence and Security Service transfers parts of their archive (roughly from the 1950s through the 1980s) to the National Archive.

Assistant Professor of Intelligence Studies, Institute of Security and Global Affairs and the Institute for History of Leiden University
Read More