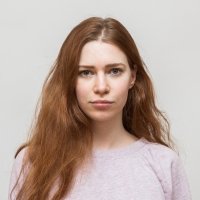 I am a political sociologist interested in environmental policy in non-democratic regimes. This interest stems from my previous studies at the European University in Saint Petersburg. In my master's thesis, I examined the cycle of civic protest actions against landfill construction at Shiyes, a locality in Russia’s far north, where the protest resulted in suspending the landfill’s construction. This case of contention is outstanding by the scale of the protest and the outcomes. Through on-site field research conducted at the protest camp and quantitative media analysis of local, regional, and federal media, I investigated how NGOs, local deputies, and business representatives contributed to the growth and ultimate success of the protest movement. Despite the assumption that the Russian state is organized along the lines of a strong vertical structure of power, many local MPs supported the Shiyes protesters and opposed the landfill construction from the very beginning. Other MPs, from the regional and federal legislatures, later joined with the local protesters. The examination of this outlier case made me curious to learn about the stream of contention in other “Waste” reform-related protests in Russia. At the Wilson Center, I examine all cases of protests over waste facilities in Russia since 2015.

My interest in public policy evaluation also stems from my work at the Center of Advanced Governance, a Russian think tank that focuses on promoting evidence-based policy making among government agencies. Despite limited access to administrative data and concerns with some research topics such as protests, election results or statistics on deaths, some government agencies provided us with administrative microdata on more “safe” topics such as unemployment benefits. Though it is much more challenging to gather any data regarding environmental policy since the natural resources management agencies in Russia are not eager to share data. For instance, if you ever wonder how much waste is utilized in Russia annually, the only parameter you’ll get is a “share of total waste sent to utilization (including incineration),” which was 4.4% in 2019. We will never know how much waste has been utilized by Russian regions or by fractions (glass, plastic, etc.). The only data we have is this mere 4.4% for 2019. It’s impossible to evaluate waste management policy using that kind of data.

So, to analyze “Waste” reform implementation in Russia, I had to focus on the resistance to this reform – on the protests against waste facilities and increased waste taxes.

My current project Contentious Politics of Waste Management in Russia: Opposing and Supporting the Reform aims to disentangle the so-called “Waste Reform” which has started in Russia in 2019. Though the declared goals of the reform are to increase recycling and decrease landfilling, in reality, landfilling and incineration are still the most common waste treatments. Landfills and incinerators are often located very close, within 1-2 kilometers, from inhabited localities, which makes the process of building a landfill and transporting waste more economically viable. Such placement affects the lives of citizens who have to tolerate the proximity of unwanted land use. Through articulating their discontent, local residents seek to change the local infrastructure, i.e., to shut down landfills, to stop the construction of incinerators, etc. Even though there is not much open data on waste management in Russia, one document of crucial importance for my research has been published: the register of all waste facilities in Russia, built or planned to be built. By using this data, I can compare the communities that mobilize against unwanted facilities and those that do not. My project seeks to find the answer to two questions: why does mobilization against waste facilities occur in some communities, but not in others? what are the political consequences of environmental protest mobilization?

This topic combines my personal and research interests. I am interested in public policy analysis, social movements, authoritarianism, and contentious politics. This research lies in the intersection of these fields and, I hope, will contribute to our understanding of environmental mobilization in autocracies and its consequences.

Another important feature of the communities neighboring waste facilities is that these are predominantly small poor settlements with a considerable elderly share of the population. While the waste reform in Russia is designed to expose these weakened communities to environmental hazards, they resist. People mobilizing against waste facilities in Russia are often fined, detained, and prosecuted. Through my own activist experience in Russia, I know how challenging and frightening it can be to oppose state decisions. I am very sympathetic to these people who are brave enough to protest.

I suppose this study will be prolific not just as the academic contribution of mechanisms of environmental contention in autocracies but also as a study on policy implementation. In Russia, waste management policy is a matter of heated debate among experts, lawyers, officials, activists, local citizens, and business representatives. My research will allow a broader and more systematic view of the contention over waste policy across the whole country. Also, I hope this research will help a wider audience to hear the voices of local protests, which often get silenced.

The main challenges for this study are related to the data collection process. This research is dependent on administrative data on waste facilities in Russia. It is administrative data of not a perfect quality. It is necessary to scrutinize and double-check this data through other resources such as other regional-level data, and even Google Maps to ensure that all official operating

waste facilities are included in my data. To gather data on protests, I utilize local and regional media, along with social media. The ever-present issue in the protest event analysis is that the final data on protests rely on the media; if some protest occurred but was not covered in the media, it gets lost for researchers. Since I study local protests against waste facilities, which often do not expand further than a city level, the search for protests has to be very thorough.

Even with the start of the war with Ukraine, environmental protests in Russia have not faded away. Introduced sanctions made it way harder or even impossible to import recycling, sorting and incineration technologies that would make the waste treatment in Russia less hazardous. Dissatisfaction with environmental policy will likely increase, and environmental protests will not unlikely grow in numbers. I hope my research will not serve as a “dictator’s playbook” on how to suppress protests. Instead, I suggest this research will shed some light on the factors that account for social protest emergence and the limits of further politicization of protests.