COP15 in Kunming: A New Role for China in Global Conservation?

“China is ready to host COP15” read the headline of a feature advertisement placed by the Chinese COP15 Executive Committee in Nature Magazine. The piece espoused the capacity and commitment of the Chinese negotiating team, which “comprises the nation’s best and brightest minds,” the Chinese institutions involved in hosting the event, and the urgency of the task at hand. The Convention on Biological Diversity’s 15th Conference of the Parties (CBD COP15), originally planned for October 2020, was delayed twice due to the Covid-19 pandemic. It is now planned as a two-part event: the first part was held online from October 11-14, 2021 and second part will take place in Kunming, China in a hybrid format online from April 25-May 9, 2022. Despite these delays, both the stakes and expectations are high for the event. CBD COP15's outcomes will not only shape the next decade in global biodiversity conservation but will reflect China’s potential as a new environmental leader and a contributor to multilateral global governance platforms more broadly.

Casual observers may find China’s conservation focus surprising. For many decades, China’s government pursued economic growth as a singular goal, which - while raising millions of its citizens out of poverty - came with significant environmental costs. China is home to two IUCN biodiversity hotspots and exceptional biodiversity reserves with roughly 10 percent of the world’s plant species and 14 percent of animal species. But massive habitat loss and degradation has cut the presence of China’s terrestrial vertebrate species - a key indicator of broader biodiversity richness - in half since 1970. By hosting the COP15, China signals both a commitment to tackling its own domestic conservation challenges and an interest in greater engagement in global environmental leadership. The combination of these domestic challenges and China’s role as the COP15’s host raises the question: as it takes on this leadership role, will China act as a norm taker (accepting existing environmental norms and integrating into multilateral institutions) or norm maker (establishing its own, potentially competing or contrasting approaches)?

The “Treaty of Life”

The Convention on Biological Diversity (CBD), more poetically referred to as the ‘Treaty of Life,’ was established at the Earth Summit, Rio de Janeiro on June 5, 1992 and was subsequently signed into force in 1993. The CBD encompasses three primary goals: the conservation, sustainable use, and fair and equitable sharing of benefits from the world’s biodiversity reserves. It represented a landmark shift by recognizing biodiversity not as a matter of nationally divisible resources and territorial claims but as a “common concern of humankind” whose protection constituted an integral component of development. Signatories of the CBD meet for Conferences of the Parties (COPs) every other year to address regularly occurring tasks and commitments. But major agreements are negotiated at broader intervals, with the Cartagena Protocol (which addresses the management of biotechnology) negotiated in 2000 and the Nagoya Protocol (which established standards for the fair and equitable sharing of benefits) in 2010. Just over a decade later, there is much anticipation for the Kunming COP, and the event is expected to produce the next major commitment of the parties to the CBD defining action through 2030.

The CBD can point to many successes as a historic global agreement, but it has also faced major challenges and its fair share of criticism. While it established unprecedented global buy-in as to the value of biodiversity to development and the need for global cooperation around conservation, the United States initially refused to sign on and subsequent efforts by U.S. Presidents to pass a commitment to the CBD have failed, thus limiting its impact and power.

In the last two decades, there has also been a widely criticized focus on market-based mechanisms for valuing and conserving biodiversity. Hard target-setting and binding national commitments as alternatives to market-based mechanisms have been less emphasized. The Strategic Plan for Biodiversity 2011-2020 and the 20 Aichi Biodiversity Targets it established are widely regarded as having failed. The momentum behind the fight against climate change and the UNFCCC COP events, which represent a movement whose causes, solutions, and implications are highly intersectional with those of biodiversity conservation, has not translated into corresponding energy around the CBD. Instead, climate change has competed for the spotlight at past CBD events and the relative successes achieved in the fight against climate change have not helped the biodiversity cause to the degree hoped.

The postponement of COP15 due to the Covid-19 pandemic raised both the stakes of the meeting and the challenges faced by the Chinese organizing and negotiating team. On one hand, the pandemic has laid bare the ways in which human and ecosystem health are interlinked, with risks that transcend borders and require globally coordinated solutions. On the other hand, many of the public health and economic crises generated by the pandemic are exacerbating the tendency for political leaders and the general public alike to view biodiversity decline as an abstract or long-term problem.

Moreover, the traditional approaches to negotiating over a number of major agreements planned for this historic COP have been upended by the lack of in-person events. The major challenges are thus to shine a global spotlight on the problem of continuing biodiversity loss and to galvanize action towards specific, agreed-upon targets that are ambitious enough to be effective. This presents China with an unprecedented opportunity to lead, but is also a considerable challenge for a country so new to this role in global environmental governance.

China itself can point to much recent progress in conservation. In 2018, its government affirmed its national ecological “red line” policy - initially introduced in 2011 - that will keep 25 percent of the country’s land area off-limits to development. The following year saw a similar commitment to prevent forest loss and increase coverage to 200 million hectares, building on more than two decades of efforts under China’s National Forest Protection Program.

China is also forging ahead with plans for the world’s largest national park system, stretching from the forested slopes of the giant panda habitat in Sichuan province, to the “three parallel rivers” UNESCO biodiversity hotspot in Yunnan province (of which Kunming is the capital). These strides in conservation reflect a broader policy realignment in China towards environmental protection, encapsulated in the guiding concept of “ecological civilization” that has been integrated into the highest levels of government planning.

Yet these efforts have their weaknesses, too. Progress on ecological “red lines'' has been stymied by lack of coordination and a continued drive for economic growth, which incentivizes local officials to develop land rather than protect it. Success in forest protection, meanwhile, is tempered by evidence of afforestation (and at times, forest conversion) with commercial monocrops that have little conservation value. And China’s recently released 14th Five-Year Plan - despite its focus on the environment - stipulates a major expansion of hydropower in the headwaters of Asia’s largest rivers, including the world’s biggest dam in the upper Yarlung Tsangpo-Brahmaputra basin in Tibet. The potential cross-boundary impacts of these dams highlight perhaps the biggest concern with China’s progress on the environment - that it will simply “export” ecological problems to other countries, particularly through its Belt and Road Initiative (BRI) infrastructure program. The impacts of China’s BRI on biodiversity may well be a key pressure point at COP15.

Recent commitments from China’s leadership on the world stage suggest it is taking its global environmental reputation seriously. In September 2020, at the UN General Assembly, President Xi pledged to peak China’ national carbon emissions by 2030 and achieve “net zero” by 2060 - widely seen as an ambitious and galvanizing target. One year later, at the 2021 Assembly, Xi announced that Chinese firms will no longer finance coal-fired power plants in other countries, representing a major shift in focus for BRI energy investments. The motivations behind these pronouncements are debated but they inarguably represent a watershed moment in the fight against global climate change and reflect a country laying claim to environmental leadership and asserting its agenda. One can see evidence of this agenda in China's international promotion of “ecological civilization,” which is (often subtly) presented as an alternative organizing concept for national development, distinct from that of the West.

All Eyes on Kunming

What might this mean for interpreting the COP15's outcomes last week and anticipating Part 2? China has already shown its influence on the discursive front, with “ecological civilization” chosen as the theme of the Kunming conference, though how this slogan is received by international audiences remains to be seen. And it had organized a series of Working Group meetings and regional consultations in the lead-up to the event, paving the way for a promising set of concrete commitments at COP15, but which largely fell short. China could still also face significant pushback on its own conservation failings - particularly the heavy ecological footprint of physical infrastructure projects it funds through the Belt and Road Initiative - along with pressure to align commitments with existing conservation norms. If the Chinese hosts can facilitate a set of multilateral commitments around biodiversity conservation as significant as the country’s recent unilateral commitments on climate change, the weight of the “Treaty of Life” and China’s role as an environmental leader would both be permanently elevated.

Early outcomes of last week’s meetings include China’s pledge of 1.5bn yuan (U.S.$232.5 million) to a new Kunming Biodiversity Fund, and a Kunming Declaration incorporating 17 commitments. But while these initial actions are welcome, they lack the concrete, binding targets that are needed in the global movement to protect and restore biodiversity. Moreover, they suggest - however initially - that COP15 may not represent a paradigm shift in China’s capacity to lead multilateral environmental action. However China navigates this new role through next spring’s Part 2 of negotiations, establishing a bold new direction through COP15 is essential. As the Chinese team’s own advertisement concludes, “The future of global biodiversity depends on it.” 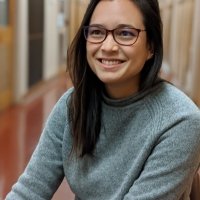 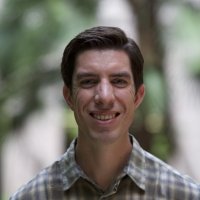