Crying Wolf?: Project RYaN, US Intelligence, and the 1983 ‘War Scare’ 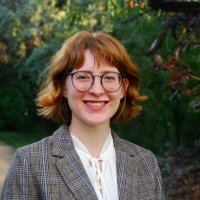 By Madeline Michels on September 2, 2020

Archival materials available through the Wilson Center, the National Security Archive, and the CIA FOIA Reading Room offer insight into how US and Warsaw Pact intelligence agencies interpreted heightened tensions in the early- to mid-1980s.

In one of Aesop’s most beloved fables, a young shepherd gives one too many false alarms that a wolf is attacking his flock. When the wolf actually appears, the villagers expect another fake-out and ignore his calls for help, leaving the sheep – and, in some renditions, the boy – to be devoured. “The Boy Who Cried Wolf” is a timeless warning against using alarmism for attention or gain.

But what if the wolf had taken a series of increasingly aggressive actions, all of which suggested to an already-nervous boy that it had both the ability and the intention to eat his sheep? What if the boy had a network of analysts and operatives primed to report any suspicious canine activity, creating conditions ripe for a false alarm? And what if both parties had nuclear weapons?

In 1981, the Soviet Union launched the biggest peacetime intelligence operation in its history. Project RYaN (an acronym for the phrase “Raketno-Yadernoe Napadenie,” or “nuclear missile attack”) aimed to anticipate a surprise nuclear strike by using computer technology alongside human intelligence to monitor indicators from NATO and the United States. The operation’s first two years were largely uneventful as Soviet leaders maintained outward calm despite the newly-elected Reagan administration’s escalatory policies.

Then, in 1983, the United States moved to place Pershing II ballistic missiles in West Germany. The Pershings would be able to reach Soviet soil in less than 10 minutes, giving the USSR little to no warning in the event of a strike. In March of the same year, President Reagan announced the Strategic Defense Initiative, intended to shield the United States from ballistic missile attacks. The US was seeking a decisive strategic advantage, and some Soviet leaders, including KGB-chairman-turned-General-Secretary Yuri Andropov, worried that their rival power was also engineering favorable conditions for a first strike. Andropov responded by alerting KGB rezidenturas worldwide that Project RYaN had “acquired an especial degree of urgency.”[1] Meanwhile, in the public sphere, he denounced the Reagan administration for disrupting the fragile nuclear balance between the two superpowers.

United States intelligence had anticipated that the Strategic Defense Initiative would elicit a negative reaction from the Soviet Union. A now-declassified CIA report on “Possible Soviet Responses to the US Strategic Defense Initiative” predicted that the Soviet Union would respond to the SDI through political and diplomatic channels, but, failing that, would consider taking “limited military measures” like conducting sabotage against key US facilities.

A memorandum to CIA director William Casey from United States Information Agency director Charles Wick, worth reading for its moments of dry humor as well as for its actual content, discusses another avenue through which the Soviet Union could showcase its displeasure with the SDI and other contentious US actions: propaganda. In reference to the Pershing II missiles, Wick mentions Soviet claims that the US was “setting out plans for escalating a conflict to nuclear war and delivering a first strike, in particular by intermediate range missiles in Western Europe.” Wick’s memorandum speaks to a larger trend in US intelligence: throughout the early 1980s, the Soviet government’s vocal opposition to American nuclear armament gained a reputation for being primarily propagandistic.

Meanwhile, increased collaboration between the KGB and other Warsaw Pact intelligence agencies, specifically the East German Ministry for State Security (Stasi), demonstrated Project RYaN’s growing gravity. A 1983 note on a meeting between Stasi leadership and KGB chairman Viktor Chebrikov describes contemporaneous US actions as signs that “aggressive imperialist circles” were “[increasing] their preparations for war.” As such, East German Minister for State Security Erich Mielke stated that “[the situation] requires a substantial increase in discovering all hostile plans, activites et cetera.” Despite the ideological overtones present in Mielke’s disavowal of “imperialist circles,” continued KGB-Stasi collaboration on Project RYaN suggests that the Warsaw Pact’s nuclear anxieties were present in more than anti-NATO propaganda. One particularly interesting readout of those anxieties is available in the KGB’s 1984 “indicator catalogue,” which lists warning signs of an impending nuclear attack. According to the catalogue, giveaways included the activation of US and NATO command centers, urgent communication among the NATO allies, and increased combat-readiness of NATO forces.

Questions about the sincerity of Soviet nuclear fears came to a head when, on 7 November 1983, unusual NATO activities raised several of the red flags later included in the KGB’s Project RYaN indicator catalogue. These activities were related to Able Archer 83 (known more commonly at the time by US intelligence as “Reforger 83” and by Soviet intelligence as “Autumn Forge 83”), a military exercise simulating a hypothetical nuclear conflict between NATO and the Warsaw Pact. The Soviet government knew that Able Archer 83 was a routine military exercise. However, some of its elements had the potential to set off alarms in the Eastern Bloc: for example, a declassified US Air Force after-action report from December 1983 mentions that the term “strike” was erroneously used several times during the exercise to describe the role of B-52 bombers and notes that those remarks could have “[fueled] inferences” if intercepted.[2] According to a heavily redacted paragraph in a February 1990 report by the President’s Foreign Intelligence Advisory Board, Warsaw Pact forces responded to Able Archer 83 by placing forces in East Germany and Poland on high alert.[3]

Within the US intelligence community, conclusions drawn from the events of 1983 vary. A May 1984 US intelligence report on “Implications of Recent Soviet Military-Political Activities” describes the War Scare as a propaganda concoction aimed at “discrediting US policies and mobilizing ‘peace’ pressures among various audiences abroad” through nuclear alarmism. Contrarily, the PFIAB’s 1990 report states that during the early 1980s, “the Soviets perceived that [...] the chances of the US launching a first strike -- perhaps under cover of a routine training exercise -- were growing” and that the US intelligence community had underestimated the Soviet Union’s fears. Likewise, divergent scholarly opinions abound: while some maintain that the Able Archer 83 incident was a nuclear near-miss comparable to the Cuban Missile Crisis, others argue that such an interpretation overestimates the significance of Project RYaN and the extent of the Soviet government’s reaction to Able Archer 83.[4] Pending further declassification of related KGB documents, the nature of Soviet preparations for a US first strike will likely remain open for interpretation.

Available archival material, however, corroborates the conclusion that Robert Gates, Deputy Director of Intelligence during the War Scare, eventually reached: “I don’t think the Soviets were crying wolf.”[5] Whether or not the Soviet Union was truly planning on a nuclear first strike from NATO, they did view US escalatory policies and technological advances as a national security concern. As the Warsaw Pact’s strategic position was increasingly jeopardized, Soviet nuclear anxieties, as voiced by Yuri Andropov, underscored by the KGB’s emphasis on Project RYaN, and exacerbated by Able Archer 83, appeared to increase in kind. Members of the United States intelligence community, who knew that NATO did not intend to initiate a nuclear conflict with the Warsaw Pact, certainly may have felt like the proverbial villagers tired of alarms sounding when an emergency was not actually at hand. However, given the USSR’s responses to escalatory US actions throughout the early- to mid-1980s, it appears that some Soviet leaders genuinely perceived NATO as a wolf in their midst.

Following Yuri Andropov’s death and the accession of Mikhail Gorbachev, US-Soviet tensions slowly defused. Project RYaN, however, remained an active KGB operation: it continued to produce regular reports on “Results of Intelligence Activities to Note Indicators for a Surprise Nuclear Missile Attack” through 1991.

[1] In Ben B. Fischer, “A Cold War Conundrum: The 1983 Soviet War Scare” (Central Intelligence Agency, Center for the Study of Intelligence, September 1997), 7.

[2] The term “fuel inferences” seems to be intentionally vague; it assumedly refers to Soviet inferences about NATO’s intentions.

[3] In his article in Journal of Cold War Studies, titled “The War Scare that Wasn’t”, Simon Miles contradicts the commonly-held perspective that East German and Polish forces went on high alert as a result of the Able Archer 83 war game, noting that the alert began and ended before November 7-11, when Able Archer was active. However, any such detail, as well as information on other protocols the Soviet Union may have deployed, was apparently redacted from the PFIAB report.

Madeline Michels was a Summer 2020 staff intern with the Wilson Center's History and Public Policy Program. She is currently pursuing a B.A. in History at Smith College with a focus on the Cold War and its legacies.