Cultural Undercurrents in the Post-Soviet Space 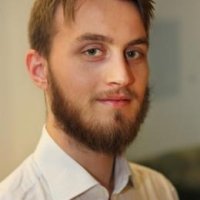 This article first appeared on Intersection

Oral histories are emerging as a useful way for analysts to get beyond the façade of high politics, public discourse, and popular protests in the post-Soviet space.

Most analytical work on Russia and the wider post-Soviet space defines the region in terms of a democratic transition. Research questions largely hinge on why Russia, and many of its ex-Soviet neighbors, have not successfully become democratic, or how long will it take for these countries to accomplish their transition, if ever. More pessimistic scholars will point to specific traits of authoritarian institutions that allow regimes like Russia’s or Uzbekistan’s to divide and rule over opposition forces calling for Western-style liberal democracy and transparency. Others explore how Ukraine’s civil society initially triumphed over President Victor Yanukovych in 2014, only to struggle to enact sustainable democratic reforms.

Seeing all of this in terms of a linear transition can be limiting. It can lead to an excessive focus on the façade of high politics, public discourse, and popular protests, which generally downplays or overlooks cultural undercurrents. The result is we risk being continuously surprised by political outcomes in the post-Soviet space—as caught off guard by, say, the protests of 2011–12 as by the government crackdowns that followed.

In a recent Intersection post, Olga Irisova suggested that the belief in the existence of truly pro-democratic, pro-liberal forces in post-Soviet Russia may have been misplaced and naive, and that Russians’ conceptions of freedom and democracy are fundamentally different from the ones held by most Western policy-makers and scholars. Little work has yet been done to follow up on this argument. Recently, however, oral history publications have indicated ways to overcome the often superficial picture of Russia and the CIS that dominates global perceptions.

Scholars have indeed spent a lot of time discussing “hybrid regimes” and the different shades of gray in the spectrum of authoritarianism. In a recent exchange, Ekaterina Shulman argued that seeing Russia’s regime as hybrid was a useful way to grasp the nuances of political reality behind the façade of its hardening authoritarianism. Her colleagues dismissed the term, as it would not allow substantially novel findings and explanations. Such debates, though, show a tendency to struggle to get past a starting line of definitions. It is worth questioning whether political and social scientists should be primarily interested in the effects a regime has on people’s lives rather than in pondering and bickering over definitions and terminology.

According to J. Paul Goode’s analysis, political scientists have been reluctant to do substantive fieldwork and prefer working with statistics. Anthropological and sociological inquiries, on the other hand, have been better at listening to and accompanying people in their attempts to navigate the uncertainty of life after socialism. As Jeremy Morris shows in his recent book , Everyday Post-Socialism, for people living in “anytown,” politics and institutions are a world far removed from everyday life, a reality confined to Moscow and the provincial centers of power. Meanwhile, the main preoccupation of most people in Russia and other post-Soviet states is to cope with the effects of deindustrialization, a retreat of the public sector, and social destitution.

Of course, “ordinary people” do fight back against the blatant privileges granted to elites, especially elites who circumvent rules or, when working in administrative positions, delay and distort standard procedures to extort bribes, as Satybaldieva has shown in the case of Kyrgyzstan. Excesses and abuses of power in Russia have made people focus even more on cultivating resilience, self-reliance, and autarky.

This dismissal and defiance can help explain to what extent post-Soviet politics is a meaningless charade and offers little to understand the region’s trajectory. This points to the more fundamental issue of inquiring into people’s worldviews, emotions, and memories, and how these affect—and are affected by—sociopolitical developments. Oral history and dialogical research have done this, and therefore are worthy of attention.

The most notable author in this regard is Svetlana Alexievich, who won the 2015 Nobel Prize for her “new literary genre,” which combines oral histories and statements selected out of hundreds of interviews with people from across the post-Soviet space. Serguei Oushakine compellingly captures Alexievich’s contribution to understanding the post-Soviet condition: essential to her overall project, and missing in most existing accounts of life during and after the Soviet Union, is the disconnect between radically incompatible narratives of existence—of camp inmates and wardens, of executioners and political prisoners, of district party secretaries and ordinary people, of secret service informants and the neighbors they helped send to the Gulag. As one of her witnesses in Enchanted with Death puts it, in Orwellian binaries: “We have forgotten how to distinguish war and peace, day-to-day routine and Being, life and death.... Freedom and slavery” (quoted in Oushakine).

This is not an ethical carte blanche for the carriers, henchmen, and supporters of the (past) regime. It is a decisive step beyond the moralizing language that has framed the post-socialist transition as a principal choice to overcome the totalitarian heritage in favor of the liberal-democratic project. Accepting these uncomfortable truths is a basic precondition for understanding the banality of life in so-called “authoritarian” countries, and the often cynical justifications for conforming to and cooperating with with such regimes.

Alexievich captures the ultimately tragic developments leading from perestroika to Putin’s Russia, and her own implication in them. As she explained, “When glasnost came I was with everybody else running around the square shouting ‘Freedom! Freedom!,’ even if we didn’t have any idea what that meant.…  We understood soon enough that all we really wanted was a better life.”

In her most recent book, Secondhand Time, she painstakingly details the imagining of this better life and the materialism and commodity fetishism inhabiting people’s dreams about it. Besides the ever-recurring artifacts of the new capitalist consumer culture—such as salami, Mercedeses, and the godlike nature of money—Alexievich reveals the perhaps most painful truth of the post-socialist project: that while all these things were now available, people were deprived of the means to even cover their basic needs in the new consumer paradise. The new “freedom,” Alexievich reflects, “looked shockingly similar to what we were trying to get rid of.”

In the face of this irony, Alexievich refrains from exposing her conversation partners as conformists or naive, instead allowing them to give voice to the disillusionment, outrage, and loss felt in the empty lives left by the Soviet empire and exacerbated by the increasingly precarious conditions of Russian capitalism. As she summed up Russia’s “transition” in her Nobel Prize speech, “The ‘Red’ man wasn’t able to enter the kingdom of freedom he had dreamed of around his kitchen table. Russia was divvied up without him, and he was left with nothing. Humiliated and robbed. Aggressive and dangerous.”

From this point of view, it is instructive to appreciate Russian and other former Soviet societies’ “existential crisis” and the “little piece of Putin in everyone” driving post-Soviet politics. The backlash Alexievich faced in Russian public commentary indicates that she has hit a nerve in the hypersensitive minds of the Russians still caught in an imperial hangover. Understanding and engaging with these sentiments will allow a first glimpse into a more realistic picture of post-Soviet societies.

This dialogue is already materializing, though in faint forms and limited formats. The German journalist Benjamin Bidder’s book Generation Putin, for instance, seeks to hear out young Russians’ visions of their country. The disappointment with high politics and dismissal of the “empty words” of ideological discourse, even by those who consider themselves patriotic activists, are a striking finding of this conversation. The book also appears to reveal young people’s materialism and the political passivity characteristic of the older generation: the prevalent understanding of freedom is an individualistic one, foregrounding the possibility “to live life after one's own will.” Which in practical terms means, according to one commentator, to choose the profession you like, buy a home, and go on vacation. Another contribution to this genre is Ellen Propper Mickiewicz’s No Illusions, which presents Russia’s supposed “future leaders” and their remarkable focus on acquiescence and “playing along,” their risk aversion and self-centeredness—all despite their full knowledge of the hollowness of government ideology, the fundamental problems of corruption, and the country’s economic stagnation.

These attempts are limited and subject to methodological and, quite obviously, ideological biases. Alexievich especially has been criticized for not clarifying her methods, which defy standards of journalistic accuracy to allow her to craft these collected voices into a specific story. But the point of oral histories and dialogical research is not necessarily to deliver new, more accurate or more relevant facts but to open up a perspective on how people experience their lives past and present, as well as their future perspectives. Together with concrete initiatives in youth exchange and political or civil society cooperation, this literature presents an important step toward a dialogue for mutual understanding.