Czechoslovakia in the Eighteen Nation Committee on Disarmament 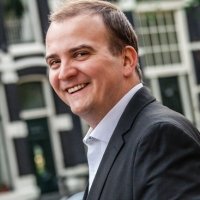 Studies of the negotiating process of the Treaty on Non-proliferation of Nuclear Weapons (NPT) overlook to a large degree the experiences of the Eastern European allies of the Soviet Union who took part in the Eighteen-Nation Committee on Disarmament (ENDC). This lack of attention stems partially from the assumption that these Warsaw Pact members had no independent foreign policies.

It is against this background that we should look at the Czechoslovak experience in the ENDC. As a member of the Soviet bloc and of the Warsaw Pact, Czechoslovakia was preparing for a future war in which nuclear weapons would likely be unleashed. During the period when the ENDC convened from 1962 to 1969, Czechoslovakia led the foreign policy of a communist middle power, focusing both on fighting the Cold War in Europe but also on forging relations with the developing world. Its nuclear nonproliferation policy comes into sharper focus when viewed through a prism of five key documents.

The first document is a letter of Czechoslovakia’s Foreign Minister Václav David to Prime Minister Viliam Široký, written in 1960.[1] Czechoslovakia participated in the Ten Nation Committee on Disarmament, a short-lived outfit which was mired in superpower infighting and consequently made no substantive progress. The letter is nonetheless informative, as its attachment contains a memorandum outlining Soviet proposals for general and complete disarmament in three phases.

In the first phase, all nuclear weapons delivery vehicles (missiles, airplanes, warships, submarines and artillery) were slated for destruction, along with the liquidation of all foreign military bases and the withdrawal of all troops deployed in foreign countries. The second phase would see a decrease in the number of soldiers per country (down to 1.7 million each for the United States and the Soviet Union). The third phase would conclude with the complete abolishment of armed forces. States would thereafter maintain only police militia. This document reflects the plans which Czechoslovakia pursued in the TNDC and the ENDC, at least initially. It also gives a glimpse into the world of disarmament thinking in the Communist bloc.

The second document records the conclusions of the 186th meeting of the Political Bureau of the Central Committee of the Communist Party of Czechoslovakia, which met on March 6, 1962.[2] Once again it is the data contained in the attachment that matter – these are the initial instructions for the Czechoslovak delegations to the first meeting of ENDC. The document testifies to the strong preoccupation with West Germany’s re-armament, and the possibility of West Germany nuclear-weapon acquisition. Czechoslovakia travelled to Geneva with a goal of avoiding this outcome at any cost. Although the document offers a broad overview of the “lay of the land” ahead of the first meeting of ENDC, it is the focus on West Germany that is the most obvious here.

The third document is an undated memorandum, produced most likely in the late spring of 1963 (most likely in May).[3] This memorandum outlines Soviet thinking on the most recent discussions with US representatives on the nuclear nonproliferation treaty. The memorandum is crystal clear that the key goal for Soviet negotiators was to avoid West German control over nuclear weapons. This is why Moscow opposed the idea of a Multilateral Nuclear Force. However, Soviet officials also admitted that it was better to agree to a treaty that did not explicitly prohibit a multilateral nuclear force as long as their US counterparts committed not to let West German authorities have an authoritative role in authorizing nuclear-weapon use. This memorandum thus corroborates the interpretation of NATO nuclear sharing’s origins by William Alberque, who has argued that the Soviets ultimately acquiesced to nuclear sharing as long as it prevented Germany from gaining independent control over atomic forces.

The fourth document is a report produced by the Czechoslovak foreign ministry in August 1963, recommending the ratification of Limited Test Ban Treaty (LTBT).[4] One of the key goals of early Czechoslovak engagement in the ENDC was to reject a nuclear test ban, based on their rejection of any verification measures. However, once the Soviets agreed to the LTBT with the US and the United Kingdom, the Czechoslovak foreign ministry praised the agreement and attacked those (such as China) who resisted the measure.

One interesting aspect of the treaty was the proposed role of depositary powers. The document indicates that the Soviets were interested in being a depositary power to the LTBT in order to prevent ratification by governments not recognized by the USSR, most notably West Germany and the Republic of China. The issue of depositary powers reappeared later on, in the NPT as well.

The fifth and final document contains the final instructions for the Czechoslovak delegation en route to Geneva for the ENDC in November 1967.[5] The treaty was mostly finished by this time; only the final details remained. The instruction is interesting because it completes the arc with the first set of instructions from 1960. Many of the same themes – such as denunciation of US foreign policy and prevention of West Germany’s nuclear weapon acquisition – reappear.

Michal Onderco is Professor of International Relations at Erasmus University Rotterdam and affiliate at Peace Research Center Prague. He studies international security, with focus on nuclear politics and on domestic politics of foreign policy. He authored Networked Nonproliferation (Stanford UP, 2021) and Iran's Nuclear Program and the Global South (Palgrave, 2016). In 2018-2019, he was a Junior Faculty Fellow at Stanford University's Center for International Security and Cooperation