Distrust Versus Solidarity in the Time of COVID-19 in Ukraine 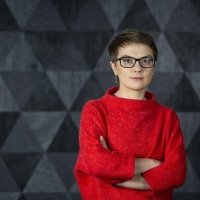 It’s a new normal to label a government you don’t like as populist and dismiss its voters as reliant on paternalism. In the post-Soviet context, the demand for better state services is often seen as nostalgia for socialism. But in Ukraine after the COVID-19 pandemic it is once more appropriate to question the government’s ability to serve its people, specifically with reference to health care.

Thanks to the lockdown, Ukraine has had relatively low levels of infection and mortality. According to recent polls, Ukrainians approve of the government’s anti-epidemic actions in general but are not satisfied with access to hospitals or with the quarantine restrictions. This ambivalence has led to numerous interpretations of citizenry’s motives for complaining along political lines, while the increasingly partisan media have mainly amplified those interpretations.

When the pandemic reached Ukraine, my colleagues and I, in partnership with the LSE Arena program, the Lviv Media Forum, and the Kharkiv Institute of Social Research, launched the Public Interest Journalism Lab and conducted a pilot survey and series of interviews[1] aimed at better understanding Ukrainian citizens’ attitudes toward the COVID-19 pandemic and their perception of the video materials we produced. Our assumptions were that videos promoting mutual assistance and solidarity, which commonly emerge when people live through an unprecedented crisis, could help reestablish a sense of control over a situation instead of confusion and hopelessness. The survey results and the interviews proved our assumptions were correct. And here I want to discuss some of the most relevant lessons we took from our project.

Logic, Not Appeal for Paternalism
Both the reactions to the videos and the interview responses revealed a widespread mistrust of the government’s actions. While recognizing that some of those actions, such as the quarantine and the provision of financial assistance to pensioners and subsidies to small businesses, were intended to help the population, the respondents were skeptical about the government’s ability to control the current situation or to lead the country out of a gathering economic crisis. Such a mixture of distrust in but high expectations of the government might look like the earmark of a paternalistic relation of government to the governed, but only on the surface. The interviews showed that people genuinely wanted to understand the reasoning behind the government’s actions during the pandemic and after it.

“I cannot see a clear-cut plan and, well, it’s confusing. I see a range of decisions, which contradict one another. Lots of decisions are made too late, lots are made too early. Basically, I cannot see any clarity,” one of the participants commented on the authorities' actions. Rather than requesting assistance from the state, people are ready to endure anti-epidemic measures provided they understand the logic behind the decisions. People also want to know why some categories of citizens receive help while others do not?

The LSE sociologists on the team noted that demands for more accessible health care and more testing, as well as outrage at the number of infected doctors and nurses who had to work, are characteristic of citizens in many other countries, including Italy, Spain, and the US. Logic and fairness are the primary demands of Ukrainians these days, not Big Brother’s care.

One of Many Crises
Our study showed a low degree of anxiety about the novel coronavirus among Ukrainians. This lack of panic is mostly attributable, we believe, to our respondents’ experience in adjusting to the many crisis situations they have experienced in recent years. In comparison with the Chernobyl disaster or the economic crashes of the 1990s and 2008, the COVID-19 pandemic does not really stand out to them. They are used to crises: the fear of economic difficulties is less than the concern over not having a smart path out.

Ukrainians also do not count on big support from government. They understand that the Ukrainian state has limited resources, and no one has inflated expectations of assistance—unlike, perhaps, the attitude in EU countries. Instead, many look to countries like Ukraine for examples of resilience, responsibility, and mutual support under conditions of similar economic and financial troubles.

Trust and Distrust in Volunteers
In recent years, volunteers have become one of the most trusted groups in Ukraine, together with the army and the church. In one of our videos, a volunteer compared the Ukrainian health care system during the COVID-19 crisis with the impecunious state of the Ukrainian army in early 2014, when, in the face of Russian aggression, Ukrainian citizens had to collect money for defense. And for many respondents the language of “the front line” is appropriately applied to the situation of health care workers these days.

Our initial hypothesis, namely, that joint action decreases anxiety, was proved correct: the examples of ordinary people coming together to cope with the pandemic elicited a big positive response. Volunteers also inspired people. However, their inspirational work had an opposite face as well: the need for volunteers signaled the helplessness of the state and its institutions. Our respondents often told us, “Well, we can say that the volunteer effort was born out of optimism, but the state really should pay them, and the government should take charge. Why doesn’t the state pay them? Why should volunteers do this work for free?”

Lessons Learned
Thus our study showed that Ukrainians do not have high expectations that the state will take care of them. Instead, they seek a rational accounting: What steps should be taken to end the quarantine, and what is the plan for life after the pandemic? The government needs to provide more actionable information to the citizens, in our respondents’ view. Ukrainians are stress-resilient, but the authorities should not keep testing this resilience. Also, respondents felt a more careful approach to handling the relationship of volunteers and the state is warranted: though people of goodwill are the backbone of society, they cannot replace government, an adequate public health care system, or a social welfare system. Thus the emphasis should be on cooperation, not opposition, the respondents felt.

The pandemic as an apolitical, biological threat has strongly united Ukrainians. But old polarizing biases and practices have also survived the quarantine. To support the unity and decrease polarization, the government needs to respond appropriately to shore up trust in authorities, the health care system, and the media. Mutual trust between all actors in society constitutes the critical social capital that can help a people surmount all challenges.

[1] The first data were collected in late April to early May 2020, in the course of thirty semistructured in-depth interviews (face-to-face and telephone interviews). The respondents were selected by territory of residence (six localities each from the East, West, South, and North of Ukraine, plus Kyiv and Kyiv oblast). There were equal proportions of men and women from the following age groups: up to thirty-five years old, thirty-six to fifty-nine years old, and over sixty.

Nataliya Gumenyuk is a Ukrainian journalist and author. She is a founder of the Public Interest Journalism Lab, which promotes constructive discussion around complex social topics.