Many politicians, diplomats, and analysts in East-Central Europe imagine their region as being divided into two planets, one with EU and NATO member countries, the second with all the rest. This reflexive view leads to widespread denial of some plain geographic facts about, and the resulting security challenges for, NATO’s eastern member states. The surprisingly common “galactic” misperception of European geopolitics is a major reason for the continuing persistence of the post-Soviet institutional gray zone between Russia and the West.

It is no secret that the current international crisis in East-Central Europe has arisen, first and foremost, because of the Eastern European institutional structure—or lack thereof. One can easily explain and assess the current tensions between Moscow and its western neighbors without much knowledge of the region by simply pointing to the organizational underdevelopment of post-Soviet international relations. To be sure, contemporary Russian domestic affairs, the national histories of the countries between the Baltic, Adriatic, and Black Seas, and the pathological obsession of many Moscow decision makers with Ukrainian internal matters are important corollaries of the so-called Ukraine crisis. Yet at its heart, Europe’s East is insecure because there is no comprehensive Central and Eastern European mutual aid, common defense, and conflict prevention structure.

It is thus no surprise that the resulting geopolitical gray zone between the West’s NATO and EU, on the one side, and the Moscow-dominated Collective Security Treaty Organization (CSTO) and Eurasian Economic Union (EEU), on the other, consists of partially failed states—Moldova, Ukraine, Georgia, and Azerbaijan. The continuing instability and insecurity of these states, in turn, pose problems not only for them but also for their neighbors within NATO and the EU—above all Poland, Slovakia, Hungary, and Romania, which have common borders with Ukraine. Yet despite the escalation of Kremlin-fueled tensions in their region, most of the elites of East-Central Europe have remained more or less inactive with regard to searching for and providing at least a partial solution to the security dilemma of the gray zone countries.

A major reason for this lack of concern for regional institution building in Eastern Europe is the widespread and unexamined “galactic” view of European security affairs among many post-Soviet politicians, diplomats, and analysts. According to this imagining, the postcommunist realm is divided into two planets, the good EU-NATO planet, on the one side, and the bad old postsocialist world on the other. The inhabitants of the latter unhappy planet are citizens of those unfortunate Eastern European and South Caucasian nations that did not make into the EU or NATO. The high art, ultimate aim, and universal solution of East European diplomacy lies, in the galactic view, in attaining full EU and NATO membership. Once such membership is secured, inclusion in these two powerful and wonderful Western security alliances magically removes a country from the post-Soviet realm and from its continually worrisome problems.

Moreover, too much interest in or intense contact, close cooperation, or, worse, political coalition with countries on the “bad planet” may put in question the firmness of an EU and NATO member’s continued location on the “good planet.” For the imagined galaxy’s continued existence and a state’s own setting therein, any serious engagement with luckless eastern neighbors is not only unnecessary but dangerous. For a surprising number of serious analysts and diplomats, more or less magic beliefs like these trump sober assessment of their countries’ topical security challenges today. The resulting misjudgments and continued nonalignment of the Central and Eastern European region in turn enhance the actual insecurity of the immediately concerned nation-states, whether EU or NATO members or not, and that of Europe as a whole.

To help overcome this stalemate, both the Western member countries and relevant officers of NATO and the EU should clarify more explicitly two basic facts about these two organizations: first, the limited scope of NATO’s and EU’s security guarantees, and second, the West’s potential acquiescence to bolder coalition building across Eastern and Central Europe. Once these signals have been received in Warsaw, Bratislava, Budapest, Bucharest, and other East-Central European capitals, it would be up to the elites of these countries to draw the necessary conclusions.

Whereas in a worst-case scenario, a collapse of the Ukrainian state would obviously also entail massive security challenges to Ukraine’s western neighbors, NATO and the EU may not be able to provide much help in addressing them.

The major Western powers and organizations will first have to make clearer than they have to date the limitations of NATO’s and the EU’s mutual aid promises to these two organizations’ eastern member states. Whereas in a worst-case scenario, a collapse of the Ukrainian state would obviously also entail massive security challenges to Ukraine’s western neighbors, NATO and the EU may not be able to provide much help in addressing them. Washington and Brussels may want to signal that Poland, Slovakia, Hungary, and Romania will be largely left on their own to deal with various cross-border repercussions of a Ukrainian collapse or a Russia-Ukraine war. NATO will not risk an out-of-area deployment of troops within Ukraine, and thus a military confrontation with Russia, nor will Western soldiers shoot Ukrainian refugees flowing, for instance, across the Polish-Ukrainian border into NATO territory. Should the current Ukrainian state face the risk of a full disappearance under the impact of a Russian frontal military assault, NATO has no regular mandate to make a nonmember country secure, even though Ukraine’s implosion might also entail enormous repercussions, fundamental risks, or even insurmountable challenges for one or another full member country of NATO.

To be sure, NATO could and certainly would protect Poland, Slovakia, Hungary, and Romania from Russian troops. But it cannot and will not “protect” these countries from potentially millions of desperate Ukrainian immigrants leaving their home country out of sheer misery and fear caused by a possible new escalation in Russia’s hybrid war against Ukraine. Dealing with such challenges will be left to the nation-states that face them and, perhaps, to some altruistic countries around the world willing to provide aid. But there is no obligation of NATO members to assist each other in such a crisis situation.

A partially similar story goes for the EU. It is true that, unlike NATO, the EU has certain mechanisms and instruments to aid both member states caught in extraordinary situations and neighboring countries facing cataclysmic challenges. Yet there is no way that the EU will be able to somehow comprehensively suppress, neutralize, or disperse the grave security issues that Poland, Slovakia, Hungary, Romania, and other Eastern and Central European countries may be confronted with once the Ukrainian state starts collapsing. After the unhelpful behavior of several eastern EU member states during the recent refugee crisis, many politicians in Brussels, Berlin, Vienna, Rome, or Athens may not be amused by possible future Polish or Hungarian requests to let in Ukrainian refugees desiring to enter the EU through Poland and Hungary. Their sarcastic “Welcome to the club!” would not to be addressed to Ukrainian migrants but to Polish and Hungarian political elites.

Countries such as Germany, Italy, and Austria may also want to share with their eastern neighbors why and how war refugees are different from labor migrants. Over the past few years, Poland has more or less successfully integrated several hundred thousand Ukrainians, including permanent immigrants, guest workers, and university students. Smaller but also relatively significant numbers have been absorbed by Slovakia, the Czech Republic, and Hungary.

It would, however, be a different story to take care of a couple of million refugees arriving in Poland out of plain desperation rather than with concrete plans for organizing their lives outside Ukraine, and lacking the wherewithal to do so. Neither the EU’s eastern member states nor its supranational institutions have now or will have in the near future any satisfactory action plans for how to meet such challenges, beyond the ad hoc erection of some refugee camps for the first wave of a possible refugee flow. The EU will also be unable to restrict the freedom of cross-border movement of radioactive particles once a Ukrainian nuclear power plant, such as Europe’s largest one, in the region of Zaporizhzhya, for example, has exploded. More potential sources of cross-border instability and insecurity could be listed.

The second signal that NATO and the major Western powers need to send to Warsaw, Bratislava, Budapest, and Bucharest is that the Alliance’s security guarantees to its eastern members will remain fully intact in case of their engagement in an additional regional defense structure in Eastern Europe. In particular, the United States should make clear to Poland, Slovakia, Hungary, Romania, and other East-Central European countries that it will continue to cover their back should the nations of the former Soviet bloc start to build a new regional coalition that goes beyond NATO’s confines. After all, Washington has provided numerous security guarantees across the world through its Major Non-NATO Ally scheme. The United States has thereby involved its NATO allies, through the Washington Treaty’s Article 5, in potential conflicts in connection with third countries that are actually not members of NATO. In 2010 the eastern NATO member Turkey concluded a strategic partnership and mutual aid treaty with the non-NATO country Azerbaijan—an agreement duly ratified by the parliaments of both countries. In Article 2 of that Turkish-Azeri treaty, the two parties promise each other military help in case one of them is attacked.

The precedent of the military aid treaty between Turkey and Azerbaijan has particularly far-reaching implications for Eastern Europe.

Neither the United States’ various security guarantees around the globe nor Ankara’s mutual assistance pact with Baku have so far weakened NATO. The precedent of the military aid treaty between Turkey and Azerbaijan has particularly far-reaching implications for Eastern Europe. It is a close partnership between a non-nuclear-weapons member of NATO, on the one hand, and an Eastern Partnership program participant on the other—thereby resembling a possible future constellation within Central and Eastern Europe. Moreover, through the Nagorno-Karabakh dispute with Yerevan, Baku is involved in an indirect confrontation with Moscow, insofar as Armenia is a member of the CSTO as well as the EEU, and hosts a large Russian military base. The Turkish-Azeri 2010 treaty could thus be referred to in Western reassurances to eastern NATO and EU member states that may consider engaging, out of their own national interest, in closer security and defense cooperation with Moldova, Ukraine, or Georgia.

Countries such as Poland and Romania—as well as other concerned nations—should be actively and publicly encouraged by Brussels, Washington, Paris, and Berlin to engage in Eastern European coalition building. NATO’s and the EU’s eastern member states should be frankly told by their Western partners that they will essentially be on their own if refugee flows and other cross-border instability hit them from further east. Once these two signals are received in Warsaw, Bratislava, Budapest, Bucharest, and other Eastern European capitals, the “galactic” cast of their national security perceptions should disappear. We may then see the emergence of some cross-border institution building that would make Europe’s current gray zone less gray. 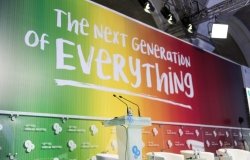