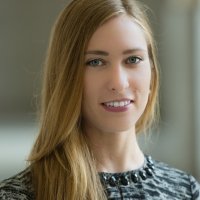 Lessons on communism and the Soviet Union in American schools

Lessons on communism and the Soviet Union in American schools

When the Soviet Union launched Sputnik in 1957, professional educators in the United States sounded alarms. Sputnik was proof, one school principal claimed, that Soviet education was “more ominous than the hydrogen bomb.” Worries over American industry, science, and technology falling behind that of the Soviet Union prompted the passage of the National Defense Education Act (NDEA) of 1958—Congressional legislation that invested in intensive research and education.

In the early Cold War years, public and professional discourses reveal an overwhelming concern with American students’ becoming “ambassadors of democracy” and fulfilling future civic duties. Many school principals proposed to achieve this through a comparative teaching method. This included instruction on “the moral-economic-political systems of ruthless absolutism under the guise of Communism” and “the methods of the Communists, devilishly clever infiltration techniques, and the menace to democracy” on the one hand, with the “freedom, freedom of speech, freedom of religion, and right to vote” of the United States on the other.

Texts and illustrations from teaching aids clearly illustrate this dualistic approach. In What You Should Know about Communism (1953), Alfred G. Meyer, Assistant Director of the Russian Research Center at Harvard, argued that America had proven Marx’s theory of communism wrong. Workers in the United States, text illustrations suggested, were wealthy, enjoyed good working conditions, and had a say in the government. Other images in Meyers’ text tried, in explicit and implicit ways, to nurture appreciation for the comforts and freedoms that the United States granted to its people.

Many education professionals felt that the bold inculcation of American values in schools was improper and would cultivate uncritical, nationalistic minds. The Bulletin of the National Association of Secondary School Principals warned that the black-and-white teaching approach was rather characteristic of Hitler, Mussolini, and Stalin's regimes. Fervent supporters of academic freedom and freedom of choice attacked the attempts to emulate the Soviet style of education and to catch up and overtake the Soviet Union in the “output of engineers.”

In the late 1950s, some school and college teachers, professors of education, representatives of foundations, textbook publishers and government agencies began promoting a more balanced approach to teaching about Russia. The speakers at a conference specially devoted to Russian Studies in Secondary Education (1958) urged avoiding the “know your enemy” approach and encouraged the popularization of area studies in schools, that is, teaching about a region across multiple disciplines (history, political science, sociology, geography, culture, language). Propagation of Russian area studies soon bore its fruits: Albert Parry, a professor of Russian civilization and language, noted that between 1957 and 1961, the number of “emergency” Russian language courses at schools skyrocketed from only ten to 600. Additionally, the relative liberalization of the USSR under Khrushchev sanctioned textbooks with a more sophisticated explanation of Soviet life and Russian culture oftentimes highlighting their efforts in education, science and technology.

The 1950s and 1960s were marked by opposing teaching methods regarding communism and the Soviet Union, some of which contravened American values such as academic freedom, freedom of choice, and freedom of expression in the name of national security.  Anti-communist propaganda penetrated the school and conservative organizations such as the American Legion had a significant impact on US education. The propaganda however, did not remain uncontested; since the late 1960s, more educators favored the area studies approach and engaged a more nuanced interpretation of life in the Soviet Union, and of the conflict of ideologies in general.