Exporting the "Salvadoran Option" to Iraq and Beyond 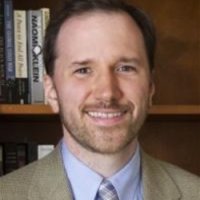 When facing a insurgent uprising in Iraq in 2003, US officials looked to the past for a solution. Seeking to emulate the successes in democratizing El Salvador during its brutal civil war, they chose to follow the "Salvadoran Option." But was this policy of counter-insurgency as successful as they claimed it to be?

Shortly after declaring “Mission Accomplished” in 2003, the United States confronted an “unexpected” development: an armed insurgency against the occupation. The outbreak of violence quickly demonstrated the disastrous shortcomings of the administration's pre-invasion policy and made a mockery of George W. Bush’s premature announcement. Within several months, violence plunged Iraq into the abyss. As Iraq disintegrated, US officials looked to the past for guidance, including a largely forgotten example, the US intervention in El Salvador (ca. 1979-1992).  According to journalists, Pentagon and White House officials proposed the “Salvadoran option” during a January 2005 meeting. This policy advocated the usage of US-trained Shia and Kurdish Peshmerga commando units to identify, locate, and capture or kill Sunni insurgents. Senior officials, including Vice-President Dick Cheney and General John Abizaid, head of US Central Command, also recommended using lessons from El Salvador during public appearances. For both Abizaid and Cheney, holding elections during the conflict democratized El Salvador, and would do the same in Iraq. Beginning in 2003, the United States implemented various aspects of the Salvadoran option in Iraq, and, unfortunately, reaped similar results.

Instead of invading and occupying El Salvador, the United States implemented a counterinsurgency (COIN) strategy that relied on a comparably small group of US diplomats and soldiers to defeat the insurgency and democratize the country. COIN uses military and non-military means to defeat insurgency and prevent its reoccurrence in the future. Practitioners of COIN and military strategists have viewed the Salvadoran intervention as successful because it prevented an insurgent triumph, fostered democracy, and improved human rights. My study of the US COIN intervention, The Salvadoran Crucible: The Failure of US Counterinsurgency in El Salvador, 1979-1992, disputes the success narrative. Instead, the effort prolonged the civil war and contributed to the country’s further devastation. The outcomes trumpeted by the intervention’s defenders occurred not as the result of US policy, but due to the insurgents’ war against the state.

The US COIN strategy was neither unique nor new; rather, it reflected decades of accumulated experience, beginning with the US effort to squelch Filipino independence after the War of 1898. It also reflected European imperial practices, including the British in Malaya and French in Algeria. While recent COIN enthusiasts, such as General David Petraeus, have argued that these measures intended to promote good governance and reform, it is a false reading of history. European empires did not use COIN to promote good governance but to suppress independence movements. US counterinsurgency doctrine thus includes policies consistent with imperialist practices that sanctioned the usage of terror and violence.

Washington implemented several core aspects of the Salvadoran intervention in Iraq, including holding elections, carrying out political and socioeconomic reforms, and professionalizing the military. During the war, the Salvadoran state held numerous elections, including constituent and presidential. Insurgent attempts to disrupt them failed. Despite irregularities and violence, the Ronald Reagan White House proclaimed democracy was on the march in El Salvador. A similar process unfolded in Iraq as well.

Unlike Iraq, however, the US never deployed combat troops during the Salvadoran conflict. Instead, the Pentagon relied on a rather small group of Special Forces soldiers—advisers—to professionalize the Salvadoran military and convince them to stop the human rights abuses which filled the ranks of the guerrillas.  US operatives identified these as key aspects to establish the Salvadoran government’s legitimacy and reduce the appeal of the FMLN.  Indiscriminate terror and violence committed by government security forces during the first years of war convinced many Salvadorans to join the insurgents and outraged the US public. Architects of the advisory mission hoped to avoid the pitfalls of the debacle in Vietnam and put the onus of fighting on the Salvadorans. Congress also placed a 55-man limit on US military personnel in El Salvador, which, according to many sources, was routinely violated.

Elimination formed an integral component of both the Iraqi and Salvadoran interventions. US advisors created several different versions of Salvadoran commando units to aggressively track down and destroy their enemy, the frente Farabundo Martí para Liberación Nacional (FMLN), now a political party that has won the previous two presidential elections in El Salvador. The Atlacatl Battalion, the most elite unit, was also implicated in two of the most high- profile cases of human rights abuses during the conflict: the destruction of the village of El Mozote and the murder of several Jesuit priests during an insurgent offensive. At El Mozote, the most professional unit in the Salvadoran military killed between 800-1,000 civilians, including a considerable number of women and children. Central Intelligence Agency operatives also reportedly shared intelligence with the Salvadoran military to target insurgents, including a group responsible for the murders of US Marines. The policy of elimination continues in Afghanistan and Iraq. While the strategy has produced a massive body count, including Abu Musab al-Zarqawi, the insurgents have replenished their leadership. Quite often, the slain leader’s successor has been more ruthless than their predecessor, such as Abu Ayyub al-Masri.

Washington had also implemented other aspects of the Salvadoran Option in Iraq prior to the 2005 meeting discussed above. Beginning in 2003, the Pentagon began deploying veterans of the conflict, including Colonel James Steele, to Iraq to create and train Iraqi police forces. Steele served as head of the US Military Group in El Salvador and later ran afoul of the law during the Iran-Contra scandal. Secretary of Defense Donald Rumsfeld also deployed Steven Casteel, a former Drug Enforcement Agency operative involved in the hunt for Pablo Escobar, to initiate the creation of Iraqi paramilitary units. Acting on intelligence and launching coordinated raids with US soldiers, these units aggressively hunted Sunni insurgents. Similar to El Salvador, these forces were often accused of perpetuating human rights abuses, including torture and murder, allegedly with Steele’s knowledge.

Studying Washington’s intervention in the Salvadoran civil war provides insight into the United States military’s recent approach to combating insurgency in Central Asia and the Middle East. The US intervention in El Salvador offers a sobering reminder that counterinsurgencies are often as destructive as their conventional counterparts, especially for civilians, and pay lip service to reform and protecting civilians. Events in Iraq followed a similar pattern as the US embraced the ‘kill or capture’ strategy, which Colonel John Nagl positively described as ‘an almost industrial-scale counter-terrorism killing machine.’[1] In both countries, war and the US intervention contributed to political polarization, destroyed the country’s social fabric, and, not to mention, left psychological scars that will haunt generations.

[1] This quote is derived from an interview conducted with John Nagl on “What is the Secretive US‘Kill/Capture’ Campaign?” Frontline, PBS, June 17, 2011, pbs.org/wgbh/frontline/film/kill-capture/transcript/