Finding the Key to Middle Eastern Secrets in Prague

Guy Laron previews his new book, The Six-Day War: The Breaking of the Middle East, through his experience conducting research in the Czech Republic.

When the first flurries of snow started falling from the sky, I wanted to cry. Prague was already too cold for me. Being an Israeli, I was accustomed to mild winters. Nothing compared to the harsh, biting frost sweeping across the Czech capital. Every time I entered a restaurant I had only one request: polevka (soup). I hoped it would warm me somewhat. Why had cruel destiny placed me in Prague in November 2004?

At the time, I was a PhD student at the Hebrew University working on Israeli-Egyptian relations in the 1950s. One of the key events that drew both countries into a confrontation in 1956 was a large arms deal concluded one year earlier between the Soviet Union and Egypt. Involving the sale of hundreds of tanks and dozens of MiG jets, the deal was seemingly a game-changer that would give Egypt the upper hand over Israel. It is known as the Czech-Egyptian arms deal because the Soviets and the Egyptians, fearing a confrontation with the U.S., preferred to describe it as a commercial transaction between Czechoslovakia and Egypt.

A recently published volume from the Russian archives that I obtained added fresh evidence on how the deal came to be. The new revelations clearly justified a journal article. Yet, at the same time, I was worried that some people would argue that the Soviet documents were maliciously edited by Russian archivists. I needed corroboration from another source. However, archives in Moscow and Arab capitals are notoriously hard to access. For one reason or another, many secrets are still kept under lock and key in Russia and the Arab World.

One question kept nagging at me: if they call it the Czech-Egyptian arms deal, how come no one tried to work with Czech documents? During the Cold War, Czechoslovakia had the second largest military-industrial complex in the Soviet bloc. The Soviets used the Czechoslovaks to penetrate Third World markets. Both the Soviets and the Arabs considered the Czechoslovaks reliable allies. All this, I thought, must have left a paper trail in the archives in Prague.

I knew very little about the archival situation in Eastern Europe. The Czech Republic had been freed from Communist rule in 1991 and, being a democracy, it was reasonable to expect that it would declassify documents from the 1950s. Though I did not know any Czech, I googled the term "Czech archives" and sent e-mails to any address that seemed remotely relevant. I spent a few weeks calling from various pay phones in the Mount Scopus campus to numbers in Prague. The people who answered spoke no English so I had to resort to my broken Russian. Sometimes it did not go down very well. This was the language of the former occupier. But I did not let go. I was obsessed. Finally, the Czech military archive was kind enough to send me a copy of a scholarly article about Czechoslovakia's arms sales in the Third World during the 1950s. I tore open the envelope as soon as I left the post office. The article was written in Czech, but the language is similar enough to Russian I was able to follow the footnotes and figure out that, yes, there were loads of interesting documents with which I could work.

And soon there I was experiencing my first Prague winter with clothing better-suited for a mild fall. At first, figuring out the archives was hard. There was the military archive that dealt with the military side of the arms deal. The Foreign Ministry archive, located in a beautiful palace, contained the day-to-day contact between Arab, Soviet and Czechoslovak diplomats. And last, but certainly not least, were the state archives, which could be found in a shiny new building within a drab suburb. This is where records of the Czechoslovak Communist party are stored, including all the paperwork for politburo meetings and the protocols of high-level summits with Arab and Soviet leaders. Getting the full story meant combining documents from all three.

What have I gained from this trip? The documents I unearthed in Prague proved a useful side-door to the materials I could not access in Russian and Arab archives. This helped me refute, corroborate or fine-tune arguments and stories I have read in Arab memoirs and published Russian sources. As a result, an article was born and long-term interest in using East-European archives to shed new light on Middle-Eastern stories.

This proved rather helpful in 2007 when the Cold War International History Project invited me to participate in a book launch event that doubled as a conference on the 1967 Six-Day War. The book I was supposed to comment on was titled Foxbats over Dimona. The authors, Gideon Remez and Isabella Ginor, claimed that the Soviet Union had planned the Six-Day War years in advance in order to stop Israel from developing a nuclear bomb. The ultimate aim of the Soviets, they argued, was to destroy the reactor at Dimona.

The book's claim was in line with the available literature. Ask Middle Eastern experts about the Soviet role in the Six-Day War and most would invoke the story of the intelligence memo the Soviets delivered to the Egyptians on 13 May 1967. It alleged that Israel was about to attack Syria in the second half of May. It was not true. Nevertheless, two days later, Egyptian troops started entering the Sinai Peninsula, making their way to the border with Israel, thus sparking a regional crisis that lasted about three weeks, and ultimately culminating in the Six-Day War. Because of its role in the initiation of the crisis, many believed the Soviet Union wanted to instigate a war in the Middle East for its own nefarious reasons.

My point of entry into that debate was the research I conducted in Prague a few years earlier. The Czech documents I had read, painted a different picture. Soviet officials seemed rather surprised by the rapid turn of events in the Middle East. If there were signs of Soviet design, I could not find them. And so began a classic 'who dunnit.' I wanted to know who was behind the misleading information alleging that Israel was about to attack Syria. If it wasn't the Soviets, then who? Who had the motive to lie?

In the following years, the investigation took me to archives in Prague (again), Berlin, Boston, and Washington. One of the more curious moments in my journey occurred in the Czech National Archives, where I discovered that the document I was reading was a KGB memo. Those are still pretty rare even today. I had to look over my shoulder (twice!), but I did not see a commissar bearing down on me to protect the deceased empire’s secrets. Certainly the proudest moment was when I raided the basement of the humanities building at Tel Aviv University, where Syrian materials captured by the Israeli army during the Six-Day War had been kept, untouched, for thirty years. The yellow pages gathered an extraordinary amount of dust. When I boarded the bus home, I looked like a coal miner.

It took me ten years to track down all the available evidence, but I believe I found the definitive answer. I now know who invented the rumors that made the Middle East explode in the summer of 1967. It was a complicated situation. What gave birth to the war was partly a lie, partly a conspiracy and partly a comedy of errors; it was a mad confluence of coincidences that inexplicably took place within 48 hours of high drama. You can read the whole story in my recently published book about the Six-Day War.

And when you do, don't thank me. Thank the East European archives. 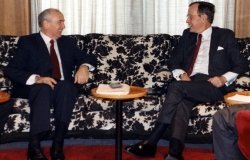