Forgotten Veterans of a Forgotten War: Remembering those Who Served in the Korean War 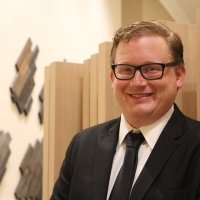 Understanding the Korean War veteran’s difficult journeys home speaks to key themes of the war and can help take the true measure of the war’s place in American history, writes Zachary Matusheski.

One way to understand a war is to look at its veterans. It’s hard to imagine a good survey of the American Civil War without review of the Grand Army of the Republic, a veteran’s organization, or discussion of the Vietnam War without accounting for the difficult transition into civilian life many Vietnam veterans faced. For the Korean War, which started 70 years ago this month, this is especially true. Understanding the Korean War veteran’s difficult journeys home speaks to key themes of the war and can help take the true measure of the war’s place in American history.

From the beginning, the choice to wage the war as a “limited” one had a profound influence on Korean War veterans. In the hours after the North Koreans struck south in late June 1950, President Harry Truman recognized the immediate danger of the war expanding into a wider conflict. To stop that from happening, Truman made a series of decisions that included working under the UN’s auspices, failing to pursue proper Congressional authorization, and, to the chagrin of Korean War veterans for years to come, framing the war as a “police action.” Choosing to pursue the war in this way stopped it from expanding, but also changed American public perceptions of the war for generations.

For the 5.7 million Americans who served in the Korean War, the fighting on the peninsula was far from a “police action” or a “limited” war. Over the course of the fighting, Americans waged two types of war. The first, from June 1950 to July 1951, was a war of movement. US forces fought up and down the peninsula. Over this time, the South Korean capital city of Seoul was lost and recaptured numerous times. Americans experienced the thrill of breaking the North Korean forces after the Incheon landing in September 1950 and the fear of countering seemingly endless Chinese forces when the People’s Republic of China intervened in late November 1950.

The second half of the war, from the start of armistice negotiations in July 1951 to their conclusion in July 1953, was entirely different. Both sides were entrenched, and the objective became to capture and hold hilly positions near the 38th parallel. In these positions, American GIs dealt with problems their fathers and uncles who served in World War I would have understood: fighting rats, buttressing bunkers, and enduring attacks on trench lines. Adding to their suffering was a seemingly never-ending, torturous armistice negotiation process. On the one hand, it seemed at times like a peace settlement was close. On the other hand, it often looked like negotiators were more interested in making statements and squeezing propaganda value from the talks. Joseph Stalin’s death in March 1953 and US concessions on the repatriation of prisoners of war a month later created the momentum necessary to end the war when the armistice was signed in July 1953.

As American GIs suffered under these conditions, life continued at home with a minimum of change. Instead of mass industrial mobilization on the scale seen during World War II, Truman tried to work with private industry to serve the needs of the war while also enacting price and wage controls. Indeed, in the December 1950 issue of Life Magazine, an article about the difficult fighting in Korea was followed by another article entitled, “What Mobilization?” that explained the plodding pace of building inventories of weapons and supplies. While there was some economic displacement from the massive spending of the war, its limited nature meant many Americans were not involved in war work. This was especially remarkable because in both World War I and World War II, war work and the ethos of sacrifice reached all levels of US society. The Korean War was the first war the US waged without massive disruptions to daily life.

This only added to the sense of alienation many Korean War veterans felt when they returned home. More than one veteran recalled returning home as a “lonely” experience.[1] Thomas Nightingale, a medic, recalled his friends had forgotten where he’d been.[2] Another veteran said, “No one else seemed to miss me very much.”[3] Families and friends welcomed them home, but there would be no uproarious celebrations like those that followed the end of World War II.

Korean War veterans also encountered a less generous federal government than had greeted returning World War II veterans. Dwight Eisenhower, president during the last months of the war, opposed large government spending, as he believed it “could be as destructive of a truly free economy as could a chemical attack against an Army in the field.”[4] Before the armistice was signed, Eisenhower proposed $279 million in cuts to the Veterans Administration (VA) even as that government agency was preparing to serve millions of Korean War veterans. Not to be outdone, the Republican-majority House of Representatives offered even deeper cuts. The final VA budget was not as large as that following the end of World War II. Similarly, unemployment assistance was less generous for the Korean War cohort. The celebrated GI Bill—a transformative piece of legislation that provided veterans with financial assistance to go to school—was also more restrictive for Korean War veterans. Among other cuts, the Korean War veteran’s GI Bill had a shorter maximum basic entitlement period and gave veterans less time to make the decision to use the benefit. Although the bill was less generous, many Korean War veterans benefited greatly from the educational access that it afforded. It changed more than a few lives.

Restrictions on government spending and assistance had real consequences for the care of wounded veterans after the war. Hospitals closed and doctors resigned in the wake of the cuts. Korean War veterans faced long wait times. Frostbite victims were some of the worst served. Though veterans were treated for exposure to Korea’s extreme cold while on the peninsula, VA administrators refused, initially, to believe later ailments like throbbing feet, tingling fingers and toes, and other frostbite related conditions were service connected. Korean War veterans who suffered emotional trauma found little comfort from the VA as well. It took decades for this oversight to be corrected. By 2000, an official at the VA admitted the agency had not done enough to help veterans. In part because of these factors, historian Melinda Pash concludes many veterans, “suffered silently and alone.”[5]

Cold War politics also shaped the experience of coming home for many veterans, especially former prisoners of war (POWs). During the war some POWs cooperated with their Chinese and North Korean captors and provided propaganda materials like signed confessions. Though this is not uncommon in American military history, some seized upon it to suggest that Korean POWs had been brainwashed and constituted a fifth column. Korean War POWs were thoroughly interrogated on the slow cruise home and placed under government surveillance for years. Activists like Army psychiatrist William Mayer seized on this issue to suggest Korean prisoners of war “fell short of the historical American standards of honor, character, loyalty, courage, and personal integrity.”[6]The New York Times, among other newspapers, shared these views and others like them to a wide audience. Government reform followed this trend as Eisenhower authorized the Code of Conduct in 1955, an oath and ethical guide for behavior in the armed services that is still recited by active duty servicemembers today.

The inconclusive nature of the end of the fighting proved unsettling for many Americans and shaped the way they saw the war and its veterans. The armistice did not promise peace—only a pause. A tense demilitarized zone split Korea in half. In November 1953, only a few months after the signing of the armistice, a University of Chicago Poll found 51 percent of respondents thought the Korean War was “not worth fighting,” and 11 percent were not sure how they felt about the war in general.[7] Newspapers and magazines, which had valorized moments of American courage in previous wars, dwelled on why the war had not resulted in a definitive victory like World War II. These public sentiments pushed many Korean War veterans to bury their association with the war and embrace silence.

By paying attention to the history of Korean War veterans, it is possible to understand the major themes of the Korean War and reflect on challenges veterans have faced in other wars, including problems encountered by many veterans of the global war on terrorism who continue to struggle with making sense of their war.

Zachary Matusheski holds a PhD in history from Brandeis University. He is currently the Defense POW/MIA Accounting Agency Historian in Residence at Ohio State University.