Freedom of Speech: Between Power and Truth in Ukraine 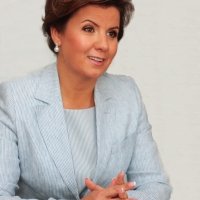 By Maryna Stavniichuk on February 2, 2018

As 2018 opens, Ukraine faces many painful problems: conflict in the Donbas, weakening ties with Ukrainian communities in the separatist-controlled eastern Donbas and the Russia-controlled Crimea, endemic corruption, and disruptive social reforms. And the list of major challenges for Ukraine has recently been enriched with the decline of freedom of speech and of the media.

The first reaction of my friends and colleagues to that statement is disbelief. Are our media freedoms that endangered?

Let’s look at the situation together.

The Index of Physical Security of Journalists, published by the National Union of Journalists of Ukraine (NUJU) on January 4, 2018, identified ninety cases of attacks on journalists in Ukraine in 2017. That number represents an unprecedented and unacceptable level of aggression.

However, according to the 2017 World Press Freedom Index (WPFI), Ukraine rose five places in the listing and is now 102nd among 180 countries. Reporters Without Borders (RWB) explained that this “improvement” was connected to the decreased number of attacks on journalists in 2016 (their statistics appear outdated). And the rest of the RWB indicators showed that freedom of speech is far from flourishing in Ukraine. There is a solid body of evidence that media owners put pressure on editors to change editorial policy according to their political agenda; and that state authorities, acting through oligarchic owners, increased their control of television channels. Corruption and nepotism are mentioned as separate problems that also affect freedom of speech.

Thus, based on the NUJU’s data on level of aggression against journalists and other data from the WPFI, it appears Ukraine indeed has problems with freedom of speech and of the media.

Freedom of speech is fundamental to a healthy society and a vibrant democracy. It is critical for constraining elites’ behavior and to prevent the government from making mistakes and help it return to the correct course. Ukrainians enjoyed freedom of speech in the wake of independence in the early 1990s and as a result of the Orange revolution in 2004. Naturally, we expected it to be restored after the 2013–2014 Euromaidan.

Instead, in 2017 we ended up with a situation only too reminiscent of Ronald Reagan’s beloved anti-Soviet anecdote:

An American says: “I can walk into the White House, slam my fist on the desk, and say: ‘Mr. President, I do not like how you govern the country!’”

A Soviet man responds: “I can do it as well!”

“Can you really?” says the American in surprise.

“Sure! I can walk into the Kremlin, slam my fist on the desk, and say: ‘Comrade Secretary General, I do not like how Mr. Reagan is governing his country!’”

I must admit that in today’s Ukraine—in some surviving political debates on TV channels with a 2 or 3 percent viewership share—one can still criticize the way authorities govern the country. However, most Ukrainians are cut off from these channels. The critical debate does not penetrate Ukrainian society. The public dialogue representing different opinions and arguments has no infrastructure in the media that most reach the public.

After 2014, the biggest TV channels that provide Ukrainians with politically relevant information dramatically decreased their political content to a minimum. And the smaller outlets, such as ZIK, 112.TV, or News One, have reported being subjected to political pressure or actual violence. This pressure is only growing, now forcing the editor-in-chief of the popular opposition outlet to seek asylum in Austria. Before the presidential elections of 2019, the ruling groups want to quietly subdue and entrain the information channels to serve their interests. The authorities are busy constructing their own, comfortable information world, constantly broadcasting their “achievements” to the masses.

This parallel reality has been created through tightening control over the media and the use of post-truth tools, that is, the emotional evaluation and false interpretations of facts. The authorities then use this platform of a notionally free press to amplify their own interests: to assure the citizenry of their achievements, accuse opposition leaders and groups of betraying the national interest, organize “witch hunts,” and engage in other actions that destroy even the hint of critical thinking in my country.

A good example is the campaign against the ZIK television channel, which recently interviewed Andrii Portnov, a former legal adviser to run-away president Yanukovych (in the official view, anyone connected to the former government is regarded as tainted). In another example, on December 3, 2017, radical right groups blockaded the entrance to the Kyiv office of the NewsOne television channel with sandbags and barbed wire, possibly because the channel was showing Saakashvili-led protests, though the trigger most likely was an alternative assessment of the Euromaidan by the broadcaster’s owner. Last year was marked by a long list of atrocities committed against free speech in Ukraine, including tightened control over social media and suppression of discussion of the government’s campaign to weaken medical and pension reforms and the Poroshenko administration’s campaign against Ukraine’s Western partners and their requests for anticorruption policies. Attempts at civil resistance to the worsening situation with respect to media freedoms are by and large ineffective.

All of this has attracted the attention of Western governments to the larger issue of the weakening and increasingly problematic governance of Ukraine.

For example, the issue of anticorruption policies and the suppression of their discussion in Ukrainian society was raised by U.S. ambassador Marie Yovanovitch in her recent op-ed, posted on the embassy’s website. Her question—”Is the courage to move Ukraine forward faltering” four years after the Maidan?— is being asked by many in Ukraine as well.

In the EU, there are also voices of concern with regard to the situation in Ukraine. Gustav Gressel, a researcher at the European Council on Foreign Relations, stated: “The central demands of the revolution of dignity were to transform Ukraine into a country that respects the rule of law, treats its citizens equally and respectfully, and puts checks and balances in place to prevent the unlawful enrichment of political elites. Poroshenko and his government have failed miserably regarding all of these demands…. European leaders should not provide geopolitical fig-leaves for this regression.”

Indeed, in the opinion of many observers, Ukraine has moved from the Revolution of Dignity to a Government of Shame.

It was in 2017 that I realized how easy it is now for the ruling groups to spread fake news and post-truth myths. En masse, our media have once again lost their role of a social institution with the mission of supporting a meaningful national dialogue.

Truth has become a key demand in Ukraine, on par with the demand for security. The truth is a resource for the socioeconomic reconstruction and democratic development of my country. Trust—between the governors and those governed, between Ukraine and its partners in the West—is critical for Ukrainians’ collective progress. And with truth in deficit, no trust is possible.

Today Ukraine, a nation at war with Russia, is entering an electoral period. Next year we will have presidential and parliamentary elections. As Ukrainians inform themselves of their choices and prepare to select who will represent and govern them, the issue of freedom of speech and of the media becomes even more consequential. For elections to be free and transparent, restoration of these freedoms is critical. Otherwise the fight for the right to slam one’s fist on the rulers’ desk may turn into a wave of huge and destructive protests.