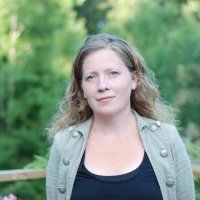 At first glance, nuclear diplomacy may not seem to have much connection to gender issues and politics. But as Emma Rosengren points out, nuclear weapons policies are actually heavily influenced by gender roles and perceptions of masculinity.

The relationship between gender, nuclear weapons, and disarmament has troubled me for years. Reading Carol Cohn’s groundbreaking piece “Sex and Death in the Rational World of Defense Intellectuals” as an undergraduate student, I was fascinated by how seemingly genderless things – such as nuclear weapons policies – are actually loaded with gender. In her article, Cohn showed that US nuclear weapon experts used language reliant on “images of competitive male sexuality” and closely connected with domination, violence, and power.

Additional research along these lines has shown that in contexts where positive linkages are made between military strength, masculinity, and nuclear weapon possession, it is difficult to imagine nuclear renunciation and disarmament as anything other than potential emasculation or feminization. In light of such findings, how could any “real man” consider nuclear restraint and advocate for disarmament?

Sweden presents a useful case study to consider the questions of nuclear weapon renunciation and disarmament from a feminist angle. Sweden is one of the few countries that had the opportunity to acquire nuclear weapons – and considered doing so for some time – before ultimately deciding to become engaged with international disarmament. At the same time, gender equality is a central pillar of Swedish national identity; in 2014, the Swedish government even declared a feminist foreign policy.

In my dissertation Gendering Nuclear Disarmament. Identity and Disarmament Policy in Sweden during the Cold War (2020), I show how gender analysis can inform the study of nuclear history. Among other things, I analyze what is known as “the submarine crisis” in Sweden, when a Soviet nuclear-armed submarine – the U137 – became stranded in the Swedish archipelago in October 1981. During the crisis, Swedish local and national media published a number of emotionally charged satirical sketches.

As a genre, satirical sketches and caricatures draw on simplified notions of what they are addressing. By turning complex and often serious topics into something laughable, this genre also exposes power relations in various forms. The context in which such sources are published is crucial to their interpretation. If the audience does not understand or relate to what is depicted in the image, it becomes rather pointless. This kind of material is therefore likely to draw on well-known stereotypes in order to make sense. Such stereotypes in turn reflect widespread societal assumptions about gender, nation, and sexuality (among other things) in the context in which they were published.

For example, the image below appeared on the front page of the left-wing magazine in late 1981, soon after the Soviet submarine left Swedish territory.

The image could be said to portray a man standing on the shoreline, having a rest and a snack with his eyes closed. In the background, a foreign ship quietly approaches land, and a seabird makes its way into calm waters.

Given what is known about the historical context in which the image was published, however, another interpretation is possible. Standing on the shoreline of a nation that has not been at war for more than 100 years, a Swedish soldier dreams about a belligerent past when Sweden was a dominant power in Europe.[i] Dressed in a uniform resembling the style of the war king, Karl XII, who reigned during the great power era and was defeated by the Russians in Poltava in 1709, the soldier is trying to accommodate his great power identity of the past with the situation of the present.[ii]

A third interpretation is also possible. Leaning on his iron sword and negligent of the threatened danger lurking offshore, the body of a male Swedish soldier is dressed for a masquerade in a cross-gender costume. Wearing a face covered with make-up and holding his exposed genitals in his hand, the soldier performs a queer act in line with the story of the Emperor’s New Clothes.[iii] Representing the Swedish Armed Forces, tasked with backing up the policy of neutrality and protecting the Swedish nation in a cold war setting characterized by mistrust and tension, the soldier clearly stands naked and vulnerable in the eyes of those who dare tell the truth. The image thereby portrays the solider as an emasculated servant more concerned with his appearance and his genitals (the banana) than the protection of Swedish territory. Serving as an exhibit of the “wimp” factor of armed neutrality, the image can be interpreted as a timely critique of the protective abilities of the Swedish Armed Forces, and in the long run of neutrality in all its gendered complexity.[iv]

All these alternatives are possible interpretations of this specific image. The meanings given are in the eyes of the beholder. My departure is that the images say a lot about the spatial and temporal context in which they were circulated, and how political bodies were conceptualized and positioned relative to each other.[v]

Our interpretations are simultaneously limited and made possible by what our methodological and theoretical approach informs us to search for, and by our knowledge of the historical context in which the image was published. I approach images like the one above as one way to conceptualize dominant societal assumptions about gender, nation, and sexuality in the context in which they were published, while also acknowledging that other representations were present in other sources, and that such images might exaggerate representations in order to make their audiences laugh. Nonetheless, I argue that it is possible to learn a lot about the broader context by scrutinizing that which is expected to make an audience laugh.

[i] For a discussion about the relationship between notions of a peaceful past and Swedish neutrality, see for example Lundin, Per, Stenlås, Niklas, & Gribbe, Johan (ed). Science for Welfare and Warfare. Technology and State Initiative in Cold War Sweden. Sagamore Beach, MA: Science History Publications/USA, 2010.

[iv] Referring to someone as a wimp in a defense and security setting is one way of emasculating and/or feminizing and serves to silence and humiliate. See for example Cohn, Carol. “War, Wimps, and Women: Talking Gender and Thinking War”. In Gendering War Talk, Cooke Miriam G. & Wollacott, Angela, (ed), 227–246. Princeton: Princeton University Press, 1993.

Researcher (PhD) in international relations at the Department of Economic History and International Relations, Stockholm University and Director of Undergraduate Studies  in IR.