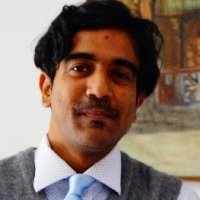 A wealth of declassified sources from India’s archives offer some firm evidence in the way of answering these questions. The sources show diverse responses to China’s 1964 nuclear test. While some members of India’s scientific community and the Ministry of External Affairs reacted cautiously to Beijing’s bomb, there was a vocal wing within the MEA that advocated strongly for an Indian nuclear program.

First, who were the doves? Surprisingly, Homi Bhabha might have been one of them. Dr. Bhabha was the first Chairman of India’s Atomic Energy Commission, a position he held from 1948 to 1966, more-or-less coinciding with the tenure of India’s first Prime Minister Jawaharlal Nehru (1947–1964). He is widely considered to be the founding father of India’s nuclear program, but his newly declassified correspondences reveal a cautious man—one who does not appear to have made an immediate case for the bomb.

In 1960, for instance, Bhabha wrote to Prime Minister Nehru that “we should produce required quantities of plutonium ourselves and use it thereafter entirely for peaceful purposes, but not convert it into bombs.” When Bhabha learned that the PRC could test a nuclear device in the near future, he advised the Prime Minister not to react hastily. Such a “nuclear test by China,” Bhabha wrote, “will be of no military significance, and even the possession of few bombs will not make much of a difference to the military situation” between the two countries. According to his writings, Bhabha assumed that the US and the Soviet Union would not idly stand by and allow China to threaten India with a nuclear attack.

Nevertheless, Bhabha did have redlines. He agreed with American journalist Edgar Snow’s assessment on the “psychological-political impact” of a potential Chinese test and exclaimed that "we have to be prepared to counter” such a development. He added that “the only way this can be done at present is for us to show that, should China explode such a device, we are in a position to do so within a few months afterwards.” India might need to undertake a nuclear weapons route if China begins the “regular production of nuclear weapons,” according to Bhabha, a frightening development because “the balance of power in Asia will definitely shift in favor of China.” China would gain minimum deterrence which “can only be countered by India itself possessing a minimum nuclear deterrent.”

In the years leading up to China’s nuclear test, Bhabha even suggested that India sign the Nuclear Test Ban Treaty “immediately.” In an April 1964 letter to LB Shastri, Bhabha stated that “no paper has been sent either to you or to the Prime Minister suggesting that we take up the manufacture of atomic weapons and even the AEC has no paper to this effect before it.”  Bhabha was clearly unenthusiastic about an Indian nuclear weapons program.

The Indian Prime Minister stayed abreast of developments in the Chinese program via correspondences from Bhabha as well as through press clippings, translated lectures by Chinese scientists, and other sources on the “peaceful utilization of atomic energy” in China sent by G. Parthasarathy, the Indian Ambassador in Beijing. A handwritten note from the Ministry of External Affairs’ China Division suggests that in 1960, Prime Minister Nehru—having read much of the material concerning scientific experiments related to atomic energy—even shared his concern over the Chinese nuclear program directly with Premier Zhou Enlai. However, “the Chinese Premier replied that this was only a theoretical analysis!”

Whether or not Nehru believed Zhou’s retort is not known, but he appears to have settled with the “wait and watch” approach of Homi Bhabha.

China’s first nuclear test in October 1964 did not entirely change the debate in India. Doves inside of the Ministry of External Affairs continued to argue that India should hold off on pursuing a nuclear weapons program, despite China’s triumph at Lop Nor. This can be seen in a report from JS Mehta, chargé d'affaires in Beijing, titled “China’s Bomb and Its Consequences on her Nuclear and Political Strategy.”

In his report, Mehta cautioned that China’s delivery system was still “the unknown factor.” He concluded that China would not immediately develop a delivery system able to target “imperialist powers,” nor would it gain much from the ability to merely threaten the Asian mainland. As such, Beijing would eschew laboring for the “trappings of nuclear power,” maintain a modest nuclear program, and focus its energies on economic development. Under these circumstances, Mehta recommended that India refrain from developing the bomb, maintain its disarmament policy, and restrict its defense procurement vis-à-vis China to a “modest military posture in conventional weapons.”

Where was the Indian military on the nuclear question at this stage? We have only a partial glimpse via a Ministry of Defense (MOD) note dated August 30, 1965, which summarized a Chiefs of Staff report. This document laid emphasis on China’s continued immediate conventional threat to India, although it recognized that “naturally the nuclear explosion by China does pose a long term military threat.” Still, in the short run, the Indian military did not see an imminent strategic shift in the country’s security interests. Defense officials were almost entirely focused on conventional rearmament, an acquisitions program being negotiated with the US, UK, and the Soviet Union, and the evolving border situation with Pakistan in 1965.

The nuclear dove approach resonated with Nehru’s successor, Prime Minister LB Shastri (1964–1966) and the PM Secretariat headed by Secretary LK Jha. Facing a nuclear-armed China, Shastri sent India’s diplomats to request nuclear umbrella protection from the US, UK, and USSR.  In an interview, former National Security Adviser Shiv Shankar Menon explained that JS Mehta and LK Jha (Secretary to Prime Minister Shastri) saw space for the US military in the region in order to balance the Chinese.

Then there were the nuclear hawks. Among them was KR Narayanan, a pre-eminent China watcher within the Indian foreign office. Narayanan was appointed as India’s Ambassador to Beijing in 1976,  following the restoration of Ambassador-level contacts after a hiatus of 14 years.

Narayanan made perhaps the first argument in favor of an Indian nuclear weapons program in a paper titled “India and the Chinese Bomb.” Writing in November 1964, he contradicted the positions taken by JS Mehta and insisted that the Chinese nuclear test had altered the Asian political balance. The Chinese test was a “crisis in our national destiny” and precipitated the question of “whether India was prepared to accept the possibility of being this obvious fourth power,” Narayanan proclaimed. He argued that China was in fact moving towards a delivery system which would make it a military superpower in about ten years’ time. Moreover, the 1964 test had already reshaped the Sino-Indian border issue by disturbing the balance of power between India, China, and the rest of Asia.

Narayanan had no illusions about how to cope with such a situation. He signaled his rejection of a nuclear umbrella when he wrote that “India is too great a country to dwindle by consent into an international protectorate.” Having a firmly realist view of the trajectory of China’s nuclear weapons program, Narayanan wrote that an Indian nuclear weapons program was an inevitable response to China’s first nuclear test.

This approach ultimately won the day with the Prime Minister’s Office under Indira Gandhi, which thereafter laid the blueprint for an Indian nuclear triad.