How the Carter Administration Pursued Non-Proliferation Policies: A View from Apartheid South Africa 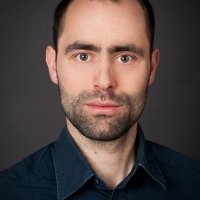 Records of meetings between diplomats and officials from South Africa and the US from November 1978—obtained from the Archive of Contemporary Affairs in Bloemfontein and now available on DigitalArchive.org—shed light on how the Carter Administration tried to make the Nuclear Non-Proliferation Act (NNPA) work.

Records of meetings between diplomats and officials from South Africa and the US from November 1978—obtained from the Archive of Contemporary Affairs in Bloemfontein and now available on DigitalArchive.org—shed light on how the Carter Administration tried to make the Nuclear Non-Proliferation Act (NNPA) work.

The documents demonstrate two things. First, in light of increasing congressional constraints, US officials realized efforts were needed to implement the new act with pariah states such as South Africa. On the other hand, the documents give a glimpse into the position of the South Africans and the restrictions their ambiguous nuclear program placed on the domestic energy sector and on possible accession to the Treaty on the Non-Proliferation of Nuclear Weapons (NPT).

The US Government and the NNPA

From the beginning of the Carter Administration, US-South African relations deteriorated—not least because the new US President took a critical stance towards the Apartheid regime for its domestic racial policies. Carter’s human rights-oriented foreign policy soon affected the nuclear relationship between the two countries, as the US Administration had emphasized a renewed focus on limiting nuclear proliferation on a global scale.[1]

During that time, the South African Government also received tremendous worldwide attention following the satellite discovery of weapons-test shafts in the north of the country.[2]

Half a year later, the US State Department adopted the NNPA, which was designed to control nuclear technology exports.[3] The South African Government, which in the absence of its own enrichment facilities depended heavily on American willingness to supply them with nuclear fuel, became one of the focal points of the US Administration to renegotiate existing fuel contracts.

At the same time, Washington was trying to convince the Apartheid Government to adhere to the NPT, which Pretoria had been defying since the inception of the Treaty in 1968.

Following the passage of the NNPA in March 1978, the United States Government began to renegotiate existing fuel contracts with a number of countries.

The Carter Administration was under domestic pressure to make the NNPA work, in part because non-proliferation policies had become a central part in the administration’s foreign policy. When dealing with South Africa, US negotiators frequently made the argument that signing the NPT was a congressional prerequisite for any future nuclear cooperation with the South Africans—although, in truth, accession to the Treaty was not stipulated as a requirement in the NNPA.

According to one South African report of the negotiations, the American delegation was also determined to make the act work because they feared losing status as a fuel supplier on the world market. This concern related to the fact that the NNPA was likely to drive recipient nations, such as South Africa, to alternative markets and to the possible development of indigenous enrichment facilities—and both scenarios were seen as detrimental to US non-proliferation as well as business interests.

It was therefore crucial from the US perspective to balance the imperative of implementing the NNPA while reassuring potential customers. The Americans devoted much time and energy to convince their counterparts that they would react favourably towards future requests for fuel export licences put forward by Pretoria’s officials, not least to keep a certain amount of leverage over the Apartheid Government.

Negotiating with the United States: The South African Position

While the South African delegation tried to avoid reference to the NPT, the US team frequently raised the issue.

On NPT signature, the South African delegation was split, with those officials representing the Atomic Energy Board (AEB) resisting accession—mainly because the Valindaba site was producing enriched uranium (which could be used for the production of nuclear weapons).

On the contrary, delegates from ESKOM, South Africa’s state-owned electricity provider, favoured Treaty accession in order to ensure the supply of nuclear fuel for peaceful civilian purposes, i.e. the Koeberg power station which was then still under construction.[4]

South Africa’s Ambassador to the US, Donald Sole,[5] who had consulted with the South African delegation present in Washington, commented that:

“the significance of Valindaba and that of Koeberg would have to be weighed up against one another. The question that arises is whether the secrecy surrounding Valindaba, which to some extent is ensured by non-accession to the Nuclear Non-Proliferation Treaty, should be given greater weight in the long run than the immediate needs of Koeberg....We naturally realize that military and strategic considerations are also important here.”[6]

He further elaborated that in case of a positive decision, the South Africans should ask for something in return. Sole suggested linking signature of the NPT with an exploitation of American concerns of making the NNPA work, thereby accruing additional benefits for South Africa beyond the supply of fuel. He envisioned modern sophisticated weapons and nuclear equipment to be made available to South Africa and claimed that the Carter administration’s fears of a possible failure and ultimate rejection of the NNPA by the iinternational community cannot be overemphasized.

The new documents shed light on the limits of US non-proliferation policies during the Carter administration, and highlight South African agency. Pretoria did not bow to US pressure, but instead kept on defying the NPT for another decade.

Both reports illustrate how US officials were eager to make the act work and went out of their way to address the fears of potential customers. At the same time, they acknowledged in private discussions that the NNPA called for “intricate, cumbersome and potentially time-consuming procedures,”[7] triggering the ironic remark by one US official that “there were 254 pitfalls contained in the Act.”[8]

Keeping in mind the strong public emphasis on non-proliferation under Carter, the documents suggest that different echelons in the administration may have employed more flexible approaches, depending on whom they were discussing the NNPA with.

Lastly, the South Africans realized that in the future US foreign policy considerations would play a far more important role in politically sensitive export applications, such as those by South Africa. Moreover, they were aware that even if a new cooperation agreement subject to the NNPA were to be successfully negotiated with the US, it would not include any absolute assurance regarding the actual supply of the material.

Another prerogative for South Africa was to win time by indicating to Washington they had not yet arrived at a final decision. This strategy was intended to prevent the US from interfering with other potential nuclear fuel suppliers such as France, who at that time still cooperated with the Apartheid state. As South Africa was not yet able to produce nuclear fuel domestically, it was imperative to secure the fuel needed for Koeberg until its completion in 1982.

[2] For the most recent work on the abandoned South African test as well as on the US/USSR response see Sarah Bidgood, “The 1977 South Africa Nuclear Crisis," in Once and Future Partners: The United States, Russia and Nuclear Non-proliferation (2018).

[4] Email conversation with Sam Sterban, who participated on behalf of the South African Department of Foreign Affairs in the Washington meeting (4 November 2017).

[5] Career diplomat Donald Bell Sole, who had earlier been Pretoria’s Ambassador in Vienna when the IAEA was founded, was well informed about his country’s nuclear matters, having been involved in many high-level meetings.

[6]“Matters arising from the South African – American talks held in Washington on 20, 21 and 22 November 1978 in connection with the Nuclear Non-Proliferation Act, 1978 (NNPA), 6 December 1978, Archive for Contemporary Affairs (“ARCA” in the following), Bloemfontein (South Africa).