Explore More
Close
Blog post
Governance
Ukraine’s Decentralization will Empower the Center, but Not in Ways You Think
By Olena Lennon on January 19, 2021
Share on FacebookShare on TwitterShare via Email
SharePrint
Blog post

How Ukrainian Presidents Build Coalitions: Lessons in Power Sharing for the Next President 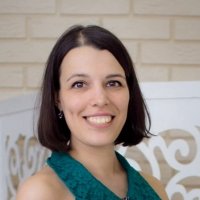 In a few days’ time, Ukrainians go to the polls to elect a president. The election will be, in part, a test of recent democratic reforms and efforts to reduce corruption. None of the three top candidates has garnered more than 30 percent on surveys of likely voters. The lack of a stronger endorsement of a single candidate, coupled with the numerous disparate parties represented in parliament, means that to be effective, the president must carefully build a strong coalition to forward Ukraine’s development goals and the president’s own platform. Exactly how such a coalition is built resides in the political system and the president’s own proclivities.

Since 1996, Ukraine has had a semi-presidential form of government (with a president elected by popular vote, and the prime minister and cabinet accountable to parliament), though one with significant formal presidential powers. Along with the weakness of institutional checks and balances, largely a legacy of the Soviet political culture, this system allows leaders to manage through patronage and personal power. In addition, party power has become an important tool that helps presidents manage a divided parliament. Ideally, however, the semi-presidential system should encourage inclusivity and power sharing between the executive and legislative bodies—matters with which Ukraine still struggles.

The various instruments available to Ukrainian presidents to build coalitions include cabinet appointments, budgetary control, legislative powers, and patronage. Different presidents have used different combinations of these instruments, the exact choice depending on whether they have parliamentary support and how many parties they must invite into the coalition. A key figure, however, is the prime minister, and the key relationship is the balance of power between the prime minister and the president.

After the Maidan in 2014 (and earlier, in the years 2006–2010, when certain efforts at changing the constitution were declared invalid), Ukraine has had the subtype of semi-presidential government known as the premier-presidential form of government. In this system, parliament determines who will be appointed prime minister, and the prime minister and cabinet are responsible exclusively to parliament; only parliament can fire the prime minister. Nonetheless, the choice of prime minister still reflects the preferences of the president. This is because parliamentary and presidential elections are held at different times, and parliament is very fragmented; as a result, no party would be able to achieve a stable majority adequate to oppose the president. In Ukraine, then, the formation of a parliamentary majority lies solely within the president’s powers. Under a premier-presidential form of government, presidents have tried to nominate their prime minister from among their allies. With the prime minister accountable to parliament, however, major struggles among key institutional players can never be dismissed. This situation weakens governance and introduces an unwanted instability, while often falling short of the goal of inclusivity, especially as the clientelistic structure of the party system in Ukraine allows the president to use patronage as a tool to build coalitions.

Some Ukrainian presidents have preferred to use cabinet appointments as a way to attract members of the Verkhovna Rada to join their coalition. Use of this tactic depends on the strength of the president’s party. For example, Leonid Kuchma (in office 1994–2005) relied on budgetary tools and patronage to form a majority since parliament was highly fragmented. Viktor Yanukovych (2010–2014) in 2010 tried extraconstitutional means. His pro-Russia Party of Regions did not have a parliamentary majority sufficient to form a ruling coalition, so, with the support of two smaller factions, the Communist Party of Ukraine and the Lytvyn Bloc, it changed the relevant legislation, allowing some deputies from other factions to join the ruling coalition. (The legislative move was later declared illegal.) The Party of Regions was then able to create a new coalition comprising three parties and sixteen defectors from opposition factions. Those who joined from the opposition were motivated by the promise of new positions or business opportunities. After the parliamentary elections of 2012, the majority of Yanukovych’s coalition came from the Party of Region, so he did not need to expand his cabinet by including many other parties in it.

In the Ukrainian context, then, coalition dynamics have been influenced by the president’s calculations with respect to forming a government. Ukrainian presidents have proved willing to share power to strengthen a supportive parliamentary coalition, which in turn has helped strengthen the president’s legislative power. As to coalition building and the cabinet under President Poroshenko, twelve cabinet ministers out of twenty-two are from the president’s party. In other words, the president’s power remains strong. Nevertheless, problems arise because there is no de facto coalition inside parliament. For example, the Ukrainian news broadcaster Hromadske TV, in researching coalitions, found that no deputy knows who is in the majority or even how many deputies are affiliated with the majority coalition. This has meaningful consequences for governance: though the president’s ability to manage coalitions helps reduce conflicts between the president and parliament, it also threatens democratic institutions.

The crucial point for the president is to have a favorable coalition. With this support, the president can pursue much more effective politics and get approval for most initiatives. But stable, long-lived coalitions are a rarity for Ukraine. Moreover, historically, when a president has strong parliamentary support, the whole system tends to slide into autocracy. This cautionary note suggests that Ukraine’s next president should think about building a grand coalition of significant sociopolitical elements in the executive and striving for their proportional representation in the Verkhovna Rada. Doing so will help Ukraine continue moving toward democracy.