Inching into and out of the "Prague Spring" 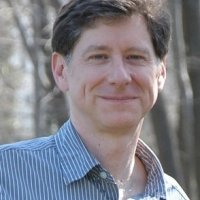 Kieran Williams outlines the path to the "Prague Spring" and subsequent invasion of Czechoslovakia by Warsaw Pact forces on August 20-21, 1968.

The political thaw in Czechoslovakia known as the “Prague Spring” of 1968 is usually commemorated by the anniversary of the epochal event that punctuated it, the Soviet-led invasion on the night of 20-21 August. It is a convenient moment to fix on, full of high drama and powerful images (the photographs by Josef Koudelka are works of art as well as journalism).

But to understand how Czechoslovakia got to that point--and why the invasion was not the end of the story--we need to look at other artifacts, documents that show countless micro-encounters between persons and institutions. We find that the path into and out of the “Prague Spring” was a switchback of small advances and reverses, pauses, detours and obscured horizons. Conventionally delineated historical periods such as Stalinism, liberalization, and the post-invasion “normalization” turn out to be very blurred, actors often unaware that they were moving from one to the next. 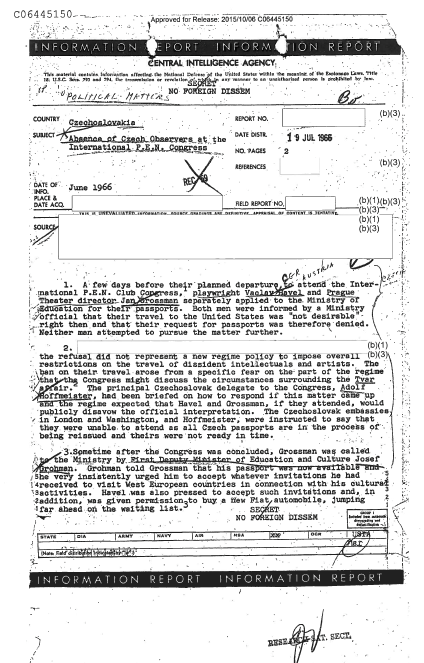 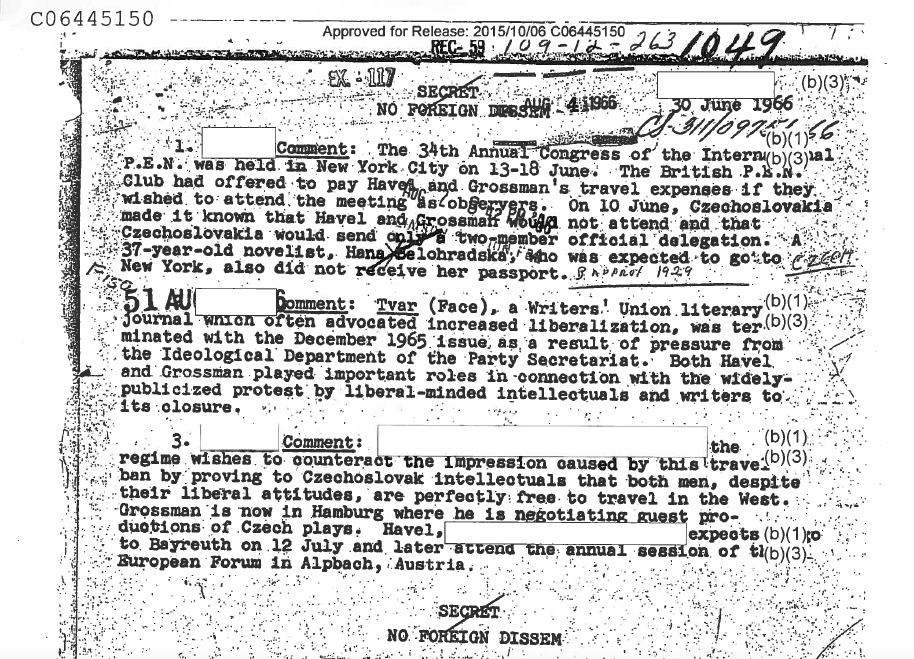 We can illustrate this sequence of incremental shifts by looking at how the Communist state handled intellectuals and travel in the run-up to the “Prague Spring.” While researching a biography of the writer Václav Havel, I obtained several materials recounting his attempts to visit the United States. One, from 1966, was a report from the Central Intelligence Agency, explaining why Havel would not be coming to New York to attend the P.E.N. International Congress. The source claims that the Czechoslovak authorities wanted to prevent Havel from appearing at an event which he might use to denounce censorship but did not want to ban him outright from going abroad, so they used an administrative ruse to hold up issuance of a passport. At the same time, they tried to placate him by letting him jump the queue to acquire a prized commodity (a foreign car). This was a regime already no longer willing or able to silence its critics as it would have in the 1950s, but also not ready to remove the leash entirely.

A revealing indicator of how much additional relaxation occurred over the next two years is the relative ease with which Havel was able to visit the United States and other Western countries in spring 1968 and subsequently correspond with the Ford Foundation about a grant to spend a full six months in the US. Despite the intrusion of foreign armies in August, it appeared well into the next year that Havel would still be able to take up the grant; in June 1969, he was sketching an itinerary that would retrace the journey his father had taken around America 45 years earlier as a guest of local Rotary clubs. 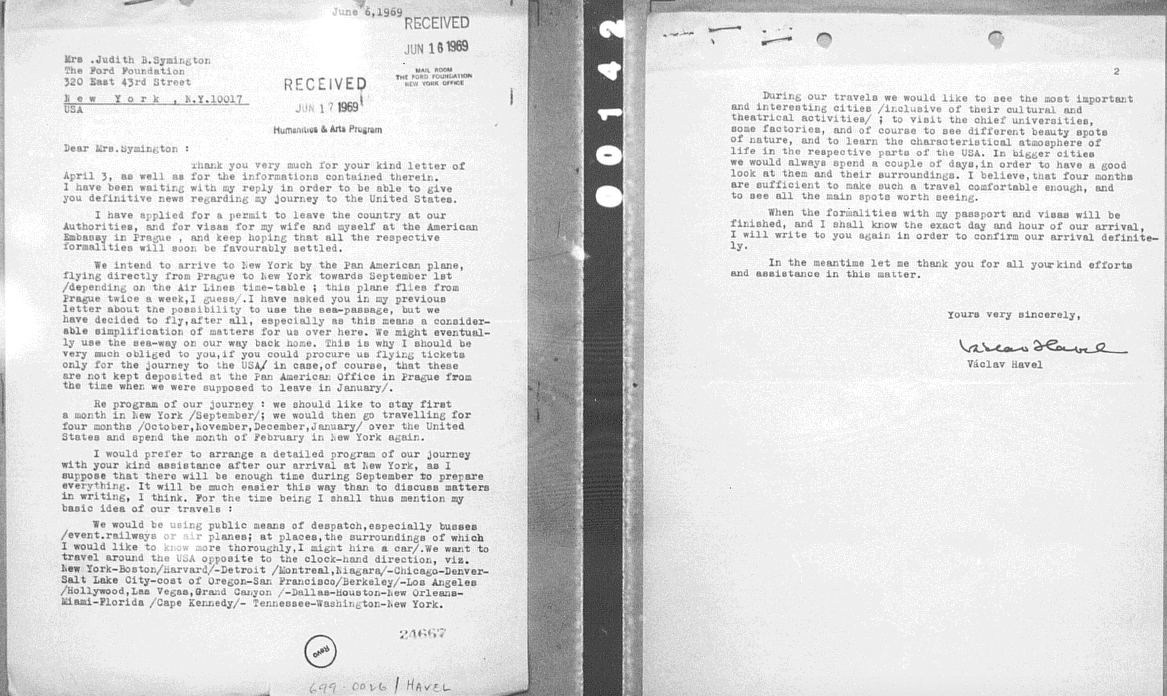 As the first anniversary of the invasion came and went, Havel was making arrangements to fly to the US on September 12, 1969. At the last minute, his passport was confiscated. So unsettled was the situation, however, that, even in March 1970, there was still hope he might be granted an exit visa in September 1971; as it turned out, he would have to wait until 1990 to visit again, as President of Czechoslovakia. 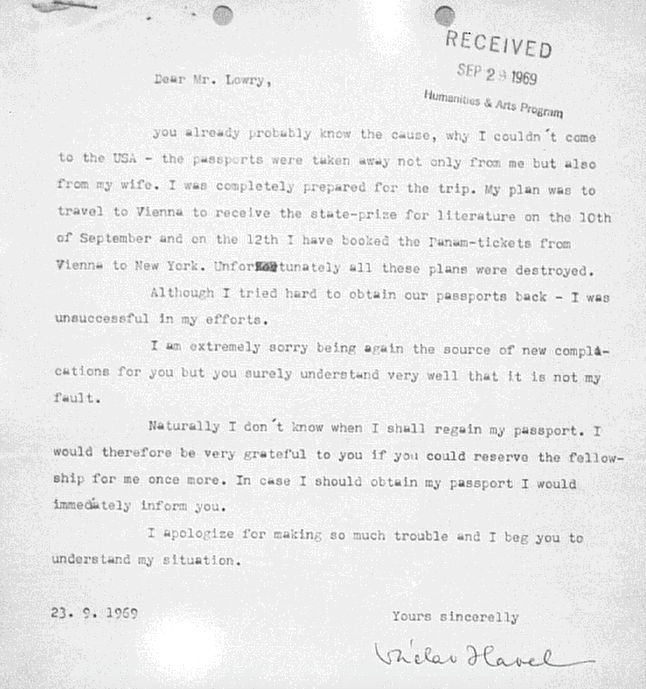 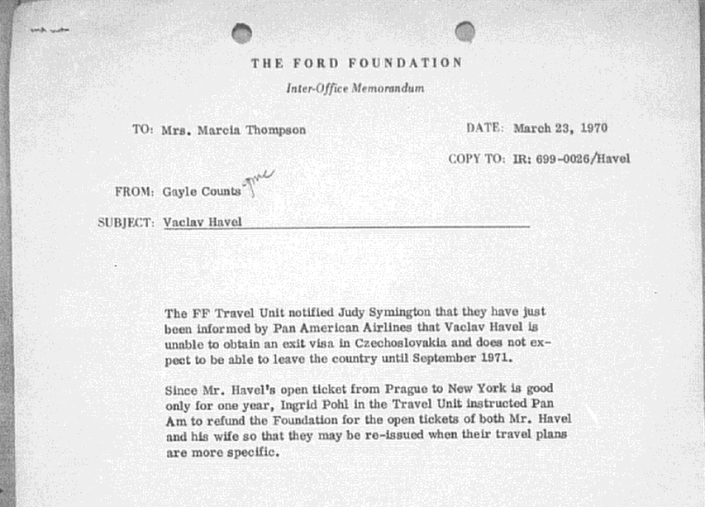 At the same time, the Czechoslovak Communist Party was easing out the man who had led it from January 1968 to April 1969 and had come to embody the “Prague Spring”: Alexander Dubček. He was supposed to be overthrown in a palace coup during the invasion, but the conspiracy unraveled and he was left in office until someone else could win the trust of Soviet leader Leonid Brezhnev. Taking advantage of Dubček’s idealism and loyalty to the cause, his colleagues persuaded him to relinquish his post for the good of the Party, swapping it for the chair of the federal legislature. He remained in that respectable position into the autumn of 1969,and was likewise prevailed upon to give up his membership of the Party’s Central Committee in January 1970.

While working on my book about the events of 1968-70, I came across the letter from the new Party leader, Gustáv Husák, informing Dubček that his “resignation” from the Central Committee had been accepted. It is a terse, cold notice, typed on a plain sheet of paper, but still using the comradely familiar form of address. 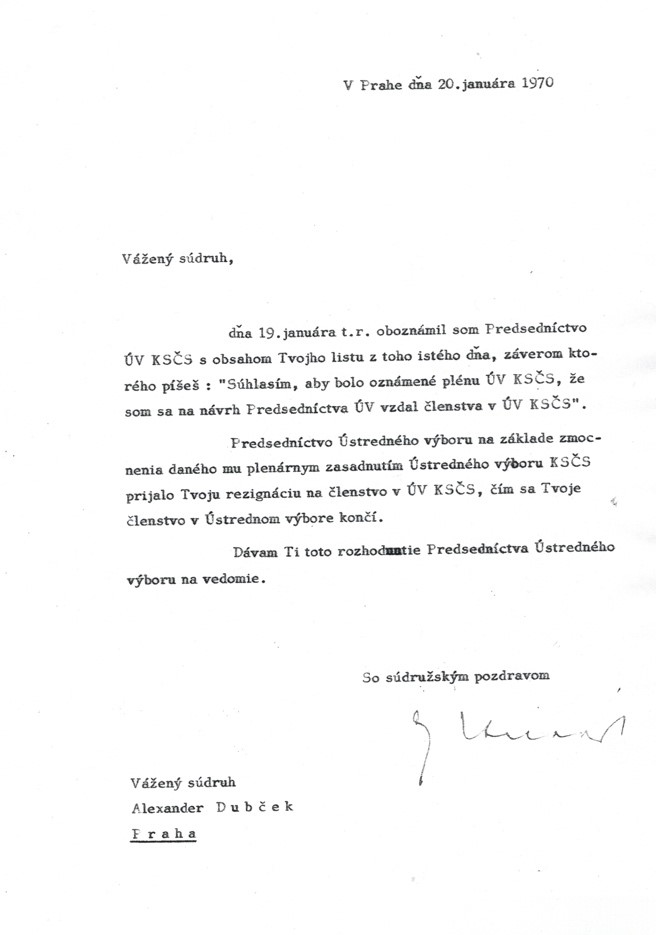 To keep Dubček uncertain about his prospects – he was convinced he could return someday like victims of the 1950s purges such as Husák– he cooperated with this velvet demotion in return for a posting as ambassador to Turkey. The surveillance files of the secret police (Státní bezpečnost, StB) report that, although privately distressed, Dubček refrained from saying anything publicly in a NATO capital against his government, the Soviet Union, or the socialist movement. He was en poste for only a few months, recalled in May 1970 to be expelled from the Party he loved and relegated to a clerical job in the forestry commission, which he accepted with characteristic discipline and delusion.

All told, very little from this time in history went according to anyone’s plan: the liberalization went beyond the limits Dubček intended, the invasion failed to install the men Leonid Brezhnev preferred, and the post-invasion “normalization” was more severe than Husák wanted. Case files and bureaucratic exchanges help us reconstruct the foggy minor moments that constitute major events like the “Prague Spring.”