Inside the Chinese Bureaucracy: Reading the State Council’s Gazette

Shelley Zhou introduces the early issues of the State Council Gazette, a compendium of press releases and communiques relating to China's domestic developments and foreign affairs.

Twenty-six Chinese-language documents that have just been published on the Wilson Center’s Digital Archive showcase the extent of the State Council’s actions during this period.

The State Council replaced an earlier authority called the Government Administration Council (中央人民政府政务院) in September 1954. On March 1, 1955, it began to publish an official compilation of announcements, laws, and communiques related to domestic developments and China’s foreign affairs known as the State Council Gazette (国务院公报). That day, the secretariat office within the State Council printed 20,050 copies of the first issue and distributed them to provincial leaders through the Ministry of Posts and Telecommunications.

The following two issues came out in rapid succession on March 5 and March 8, each having the same number of copies printed as the first. By the time the eighth issue of the Gazette was completed on April 21, 1955, the print run of the publication had more than doubled to 50,050 copies. The Gazette remained in print from 1955 until the Cultural Revolution began in May 1966. Production only resumed in 1980, four years after the Cultural Revolution ended.

As of March 2021, scholars and researchers around the world can download scans of the Gazette directly from the State Council’s website. However, because the available copies lack descriptive metadata and full-text search functionality, we have decided to republish them on the Wilson Center’s Digital Archive with accompanying English-language metadata. The descriptions provide important context, enhance discoverability, and orient records in relation to other documentary materials on the Digital Archive. (The Gazette can and should be read alongside other Chinese and international archival materials.)

This post coincides with the publication of the issues from 1954 and 1955; we plan to upload issues of the Gazette from 1956 and beyond over the next several months.

To account for the delay between the founding of the State Council in September 1954 and the publication of the first Gazette in March 1955, the first three issues documented events and notices dating from October 1954 to December 1954. The November 1954 issue, for instance, began with an overview of the national census conducted in 1953 and finalized in late 1954: the Gazette reported that over 600 million people (601,938,035, to be precise) lived in China as of June 1953. Other reports in the same issue covered developments bearing on Taiwan, Sino-Burmese relations, water conservation, and the organization of state administrative agencies.

The third and final issue for 1954 reprinted a letter from Enver Hoxha on Sino-Albanian relations and a joint statement from Premier Zhou Enlai and Prime Minister U Nu of Burma, alongside several sections on domestic policy issues – from using bonds to help build the Chinese economy to establishing regulations for urban residence committees.

The fourth issue of the Gazette, issued on March 12, was the first publication to record events and developments from 1955. After producing two more issues during the second half of March, the secretariat continued to release two to three publications during each remaining month in 1955. The office consequently produced 23 issues by the end of the year.

Much like the variety of subjects covered in the first three issues about developments from 1954, the 1955 issues of the Gazette featured State Council announcements and reports bearing on both foreign and domestic affairs.

International relations loomed large in many issues. The March 12, 1955, issue featured Zhou Enlai’s denunciation of American interference in Taiwan and his calls to protect Chinese sovereignty and territory. In April and May 1955, the Gazette foregrounded several Chinese statements about the Asian-African Conference in Bandung, Indonesia. Materials in the Gazette evaluated preparations for a Chinese government delegation attending the conference, reviewed the circumstances of an attempted assassination of Zhou during his journey to Bandung and honored those who perished in the explosion, and reprinted the speeches that Zhou delivered at the Asian-African Conference itself. These materials complement other documents about Bandung previously published on the Digital Archive, including those from the Chinese Foreign Ministry Archive.

In addition to the Bandung Conference, numerous issues from 1955 examined relations between China and its allies and neighbors. For example, both the May 10, 1955, and the June 25, 1955, issues discussed matters related to Sino-Indonesian relations. Three issues noted the importance of Sino-Soviet relations. As documented in the Gazette, the Soviet Union not only provided China with military equipment after withdrawing from the Lüshun Naval Base, but even agreed to help their ally combat agricultural diseases. Similarly, several issues featured sections about Sino-Vietnamese relations, Sino-Burmese trade, and the establishment of Sino-Yugoslav relations. Reports in other issues considered cooperation between Chinese and East German scientists and the Sino-American ambassadorial talks, which were then underway.

Still, not all articles in the Gazette foregrounded foreign relations. Many of the printed orders and notices addressed more mundane domestic administrative or economic concerns, such as the establishment of agricultural cooperatives. The State Council frequently approved the creation of new administrative boundaries, such as the reassignment of a village to a different county. It also authorized infrastructure projects, planned for disasters such as famine or drought, and offered proposals to mitigate the spread of infectious diseases. When it came to education, the State Council sought to improve learning in the classroom and encouraged university research departments to collaborate with production enterprises. Moreover, it aimed to regulate books and images with “reactionary, obscene, or absurd” content and promoted physical education for primary and secondary school students.

The wide variety of reports, instructions, and communiques documented in the State Council Gazette from 1954 to 1955 reveal that the Chinese bureaucracy bustled with activity during these years. Together, the records offer an intriguing glimpse into the workings of the government, just a few years before Mao Zedong launched the disastrous Great Leap Forward in 1958.

Shelley Zhou was a fall 2020 research assistant for the Wilson Center's History and Public Policy Program. She received her MA and BA degrees in History from the University of Kentucky. 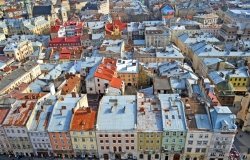 Blog post
Archives
The Center for Urban History of East-Central Europe: History and Context of a Digital Archive
By Lucien Turczan-Lipets on February 5, 2021 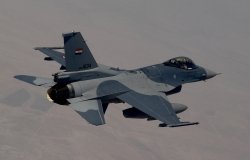 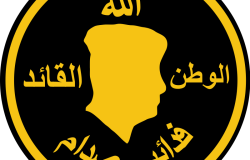