Explore More
Close
Blog post
Nuclear History
The Israeli Raid Against the Iraqi Reactor - 40 Years Later: New Insights from the Archives
By Or Rabinowitz on June 3, 2021
Share on FacebookShare on TwitterShare via Email
SharePrint
Blog post

Inside the Closed Cuban Archives 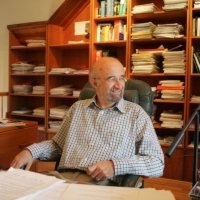 Being the first researcher to access an archive can be both exhilarating and deeply frustrating. Often, the lack of established policies at newly opened archives creates many issues. Every aspect of access has to be negotiated individually between the researcher and staff. In a previously published excerpt, Piero Gleijeses describes his experience in the closed, post-1959 Cuban archives, where he was granted unique access to documents on Havana's involvement in Africa during the Cold War. Each step of his research required negotiation with Cuban officials and archivists as he pushed for increased access, for the right to make photocopies, and finally for permission to release documents online through the Wilson Center:

The Cuban archives for the post-1959 period are closed. I am the only foreign scholar who has been allowed to conduct research in them – after years of effort and failure. I began my research in these archives in 1994, and a first book using them, Conflicting Missions: Havana, Washington, and Africa, 1959-1976, was published in 2002 by the University of North Carolina Press. A second book, Visions of Freedom: Havana, Washington, Pretoria and the Struggle for Southern Africa, 1976-1991, was published in 2013, also by the University of North Carolina Press.

Over time, my access to the closed Cuban archives improved, in quantity and in quality. I gathered 3,500 pages of Cuban documents for Conflicting Missions, and 15,000 for Visions of Freedom, with more than 3,500 pages of conversations of Fidel Castro with his closest aides or with foreign leaders, including Mikhail Gorbachev. I also gained access to two very important archives: that of the Consejo de Estado and the personal archive of Raúl Castro.

There is no established declassification process in Cuba. Mindful of the fact that the documents I cited would not be readily available to my readers, I decided from the outset that I would never use a document unless the Cubans gave me a photocopy of the original. I badgered Cuban officials relentlessly, arguing that in the United States their word has no credibility unless supported by documents. Jorge Risquet, a member of the Central Committee of the Cuban Communist party who was assigned to the task of dealing with me, understood. His intelligence, sensitivity and courage made my research possible and enabled me to have photocopies of every Cuban document I use in Conflicting Missions and Visions of Freedom.

Initially the Cubans would deny me a document if it included a sentence or even one word they did not want to make public. Soon, however, they discovered the glory of redaction: they simply deleted the offending word or words and gave me the document. Since I was allowed to read the documents before they were sanitized, I know what was deleted: sentences or paragraphs that dealt with the domestic situation in Cuba or statements of a friendly leader about delicate internal problems in his own country. Thus, for example, 29 pages are deleted from the transcript of the January 26, 1979 conversation between Fidel Castro and the president of Angola, Agostinho Neto, because Neto began addressing internal issues of the government of Angola. But this is an extreme case. Overall, the Cubans sanitized very sparingly. The vast majority of documents were not sanitized at all.

When I began my research the declassification process was haphazard, but eventually it was systematized. The Cuban authorities created two commissions to review my requests. One was responsible for documents from the Consejo de Estado and the Oficina Secreta 2do Sec CC PCC – Raúl Castro’s archive – and the other for documents from the archives of the Armed Forces, the Central Committee of the Cuban Communist Party, the Technical Assistance Program, and the Foreign Ministry. I would read documents, select those I wanted to have, which would then be reviewed by either of the two commissions. Sometimes the Cubans would tell me their decision in one day; at other times, I would wait for weeks or months. On extremely rare occasions, I would be told I could not have the document at all.

As a result of my long relationship with Cuban officials, I was able to negotiate permission to publish 3,400 pages of key documents from his research in HAPP's Digital Archive, making them publicly available to researchers world-wide. The collection, Cuba and Southern Africa, contains high-level conversations between Fidel Castro and people such as Mikhail Gorbachev, Anatoly Dobrynin, and Angolan Presidents Agostinho Neto and José Eduardo dos Santos.