Israel’s Archives: Digitization, Delays and Nostalgia for the Reading Room 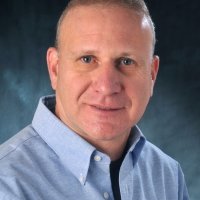 Professor Zach Levey looks back on his past experiences working at the Israel State Archives (ISA) and looks ahead to what the ambitious digitization project undertaken by the ISA means for its future.

I first visited the Israel State Archives (ISA) in 1987 as a Ph.D. candidate and found a wealth of material on Israel’s foreign policy. Those records (in Hebrew) were in large part the foundation of my dissertation on Israel’s relations with the United States, Britain and France in the 1950s.  In fact, the ISA had by the mid-1970s released many of those files, and steady progress on declassification throughout the 1980s and 1990s made it possible for Israeli researchers to rewrite much of their country’s history.

The archivists at the ISA are both highly professional and accessible, and I have frequently availed myself of their willingness to assist researchers. In the late 1990s I told Dr. Yehoshua Freundlich, who later (2005-2011) served as chief archivist, of my interest in exploring an area of Israeli foreign policy to which scholars had devoted little attention. He urged me to work on the hundreds of files on Israel in Black Africa, few of which anyone had ever asked to see. Those familiar with archival work know the elation of being the first to open a box of records, and in this case the “story” was very exciting. In the late 1950s and early 1960s, Israel opened embassies in nearly all of the African colonies that became independent, relieving in great measure its own diplomatic isolation. The Israelis “discovered” Africa. Israel’s envoys in some 30 countries sent the Foreign Ministry comprehensive and perceptive reports on politicians, tribal customs and inter-African relations, reflecting a rapidly-acquired expertise and great enthusiasm for the affairs of that continent. Some of those diplomats had served in European capitals, and I had read the accounts they sent from there. The cables they dispatched from Accra, Addis Ababa, Nairobi, Lusaka and Freetown conveyed the exhilaration of a new adventure and sense of mission, as Israel competed there with the former colonial powers and Eastern bloc states that sought to win over the Africans. Within a few years of the Israelis’ entry to Africa, Western governments came to hold in high regard their insights regarding the continent. Files in the archives of both the US and the UK include the reports of American and British diplomats who sought out their Israeli counterparts.

I’ve encountered not a few anomalies while working with Israeli documents. For example, one would find that a folder dated 1963 titled “arms sales to Uganda” (transfers that at that early point were entirely negligible) was oddly redacted, while other files told in detail of Israel’s military role in the Congo and later involvement with dictators such as Idi Amin. In fact, most of the documents on Africa and files that I requested in other areas of Israel’s foreign relations were declassified and readily accessible to researchers. The exceptions were records dealing with intelligence operations or clandestine contacts such as those with Iran and Turkey in the 1950s, 1960s and 1970s. Thus, there are scores of files available on relations with Ankara and Tehran but also lacunae that impede research on the strategic dimension of those ties.

Yet, a few years ago I wrote about the United States, Israel and nuclear desalination in the 1960s, and even on that very sensitive matter I found documents in the ISA that complemented the extensive material in the LBJ Library.

Archival resources on areas of Israeli policy over which the Ministry of Defense or Mossad have principal jurisdiction are unavailable. Neither office grants access to its records. There is no Mossad equivalent of the CIA’s Records Search Tool (CREST). The IDF archive is a very limited resource (and a disappointment) even for those who read Hebrew. At the same time, repositories such as the Ben Gurion Archive at Sde Boker (south of Be’er Sheba) and the Labor Party Archive (about forty minutes north of Tel Aviv) are well run and offer greater access to documents.

A few other important resources warrant mention. The ISA has published volumes of selected documents (in Hebrew, each around 600-700 pages) on several of Israel’s prime ministers, including Ben-Gurion, Eshkol, Begin and Rabin. To those familiar with the US archives, these look similar to the FRUS series. Scholars interested in Israeli policy making in the early-to-mid 1950s should view the highly-detailed (and often personal) diaries of Moshe Sharett, Israel’s first foreign minister and second prime minister. In 1991, I begged the office at the newspaper Maariv, which had published the Sharett diaries, to allow me to rescue a yellowing set of the eight volumes from the shredder. In 2019, Indiana University Press published a full translation into English of those diaries, edited by Neil Caplan and Yaakov Sharett.

In Fall 2016, I was among the researchers who met with Dr. Yaacov Lozowick, at that time Israel’s chief archivist. Lozowick tried to reassure us that the digitization project by then underway at the ISA would streamline access to material and create no serious impediment due to censorship. In fact, this electronic process, which in effect shut the reading room, has been slow and most recently sclerotic. It is also a step backward, at least initially, because years will pass before digitization places at the disposal of researchers the scope of material that they were able to view, albeit at a cost in time and travel, when the staff pulled boxes off the shelves in the basement and the archivists themselves dealt with declassification. Many of the files that I viewed years ago have been scanned, but more than a few have yet to reach the machine. Moreover, it is simply not clear whether the fate of a given file requested months ago and yet to arrive by electronic mail is an extended visit to the censor at the document’s office of origin.

These limitations notwithstanding, it would be wrong to create the impression that the new system at the Israeli archives and censorship procedures have rendered them nearly valueless. The approximately 150 files I’ve received so far from the ISA for work on my current project – a history that deals with Israel, the United States, Lebanon and Syria from 1975 to 1983 – include 15,000-20,000 pages of documents. There is a lot of significant material there, and the changes wrought have not emasculated those records.

The current head of the ISA told me in a very recent conversation of her hope that advanced technology will in the future permit a rapid process of declassification. Yet, this year’s third report of the Israeli Comptroller’s Office (published August 2020) notes that thousands of files in the charge of the ISA, many pertaining to highly salient historical matters, are missing. I share with other researchers the very uncomfortable feeling that our purview has been narrowed and access restricted through circumstances that leave the veterans among us nostalgic for the musty smell of the reading room on Mekor Haim Street (and earlier the Prime Minister’s office) in Jerusalem.

Prof. Zach Levey is chair of International Relations in the School of Political Science at the University of Haifa.